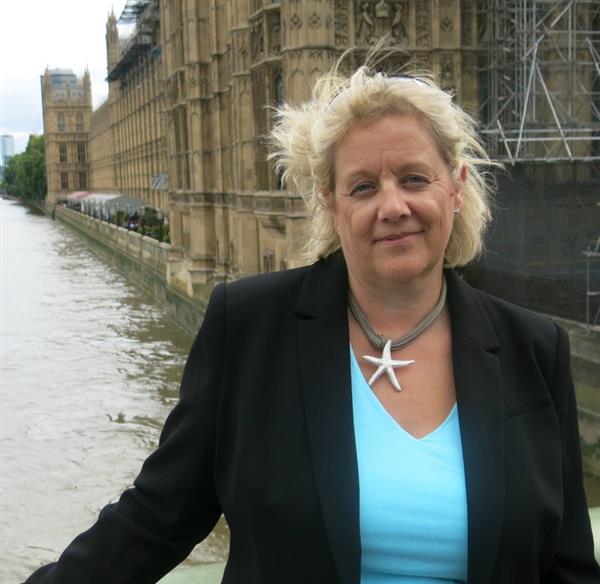 A widow who lost her husband to a brain tumour has welcomed a new report exposing the punishing financial burden of the disease.

Andy and Gill Graham built their family home in 2013 in Hughenden Valley and looked forward to a long and happy retirement there together.  Then in the summer of 2016, Andy, then 51, and working as a camera expert for John Lewis in High Wycombe, was diagnosed with a low-grade haemangioblastoma brain tumour. He underwent surgery which failed to remove the tumour and for several weeks remained in a high dependency ward at the John Radcliffe hospital in Oxford. Gill was working full-time and driving to and from Oxford as much as possible, while relying on friends and her 84-year-old dad to make sure Andy wasn’t on his own the days she couldn’t make the journey.

Gill said: “Andy was told by his neurosurgeon he had to return his driving licence on our first appointment, so it meant he lost his independence, which was very difficult for him, and needed to be driven to all his numerous hospital and therapy appointments. Andy wasn’t allowed to fly either, so I had to drive the family to Switzerland so that Andy could attend his youngest brother’s wedding.

“I never imagined that our sons Ollie, 15, and Dan, 13, and I would be starting 2018 without him. In just 18 months, our lives changed beyond recognition. Andy passed away on New Year’s Eve 2017. He will never see our boys grow up, share their future, see them get exam results, go to university, get married, have a family or anything, and the impact to our lives has been devastating. I had to stop working and am now focusing on dealing with my grief and supporting the boys through crucial years at school. It means I am having to live on bereavement benefits and a small pension from John Lewis and I have to scrimp and save to make sure the boys don’t go without.”