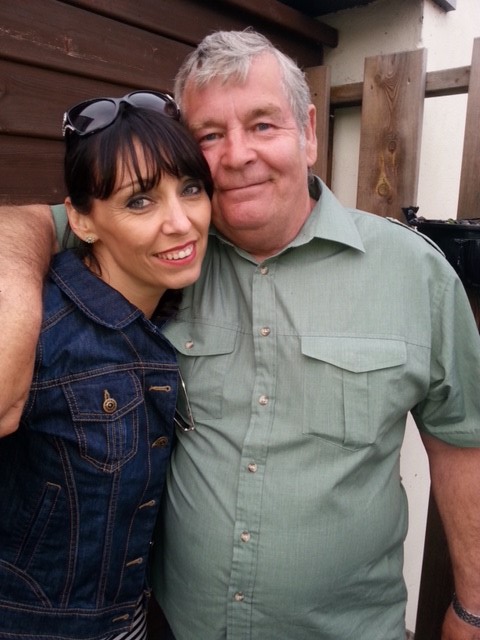 A much-loved husband, father and grandfather who was lost to a brain tumour is being remembered on the first anniversary of his death with the launch of a new fundraising group dedicated to helping find a cure for the disease.

Chris Todd was 65 when he died last November following a two-year battle with a glioblastoma multiforme (GBM), an incurable and aggressive type of brain tumour. Following his diagnosis and together with his family, he campaigned with the national charity Brain Tumour Research to raise awareness of the disease which can affect anyone at any age yet has been allocated just 1% of the national spend on cancer research.

Now he is being remembered in a new fundraising group, In Chris’s Memory, which is dedicated to raising money to fund vital research taking place at a network of Brain Tumour Research Centres of Excellence.

Chris’s daughter Vicky Mason, from Whitehaven, said: “My dad was my whole world and this year has been so incredibly hard for us all. We know there is nothing we can do to bring him back but our great hope is that his legacy will be in the scientific research which is helping other patients and their families.

“Better treatments for brain tumours are so desperately needed and, ultimately, our hope is that a cure can be found. Dad should be here with us now, enjoying his retirement, spending time in his beloved garden, and having his family love and care for him.”

In Chris’s Memory is being launched on Saturday 4th November with a Memorial Auction Evening at Whitehaven’s Marchon Club. The event is sponsored by North West Renovations Ltd and will include music from Cumbrian band The Wardrobe Monsters and Ultimate Sounds Disco. There will be two raffles with top prizes including £500 to spend at Whitehaven electrical store Brooks plus an Apple iPad. Auction lots include sporting memorabilia signed by Usain Bolt and Mo Farah, a St Helens signed shirt and beautiful home fragrance gifts.

Chris’s family have already raised more than £25,000 for Brain Tumour Research and aim to raise at least £5,000 each year through In Chris’s Memory.

Suzanne McKenna, Head of Community Fundraising for Brain Tumour Research in the north, said: “We are enormously grateful to Vicky and Chris’s family for their ongoing commitment to help raise awareness of the issues around brain tumours. They are all in our thoughts as they mark the first anniversary of their loss.

“Brain tumours kill more children and adults under the age of 40 than any other cancer … yet just 1% of the national spend on cancer research has been allocated to this devastating disease."