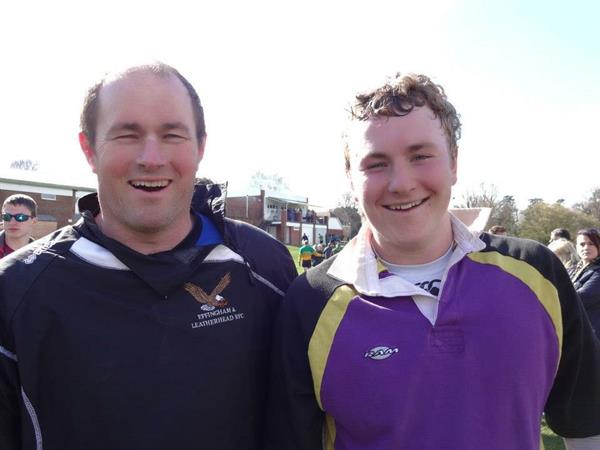 A grieving son will take on a 100-mile cycle challenge to raise funds for research into the disease which claimed his father.

Nigel Maycock’s brain tumour diagnosis meant he was never able to fulfil his ambition to take part in Prudential RideLondon. Now his son Sam will complete the event on his dad’s bike.

Astonished by the number of people who suffer from this disease, Sam, 23, a commodity trader from West Horsley, Surrey, will tackle the gruelling sportive in aid of the Brain Tumour Research charity.

He said: “The RideLondon course runs past our family home and taking part was always a dream of my dad’s. I know that if he was still with us then he would be on the start line alongside me. The race will be all the more special because I’ll be racing on dad’s bike and it’s the day before what would have been his 53rd birthday.

“It shocks me that this disease is so prevalent and devastating, yet there is a serious lack of funding for research into a cure. I’m hoping to raise at least £2,000 and would be extremely grateful for any donations towards my target.”

Nigel experienced an epileptic seizure whilst at home and MRI scans to determine the cause revealed he had a glioblastoma multiforme (GBM), a highly aggressive type of brain tumour. Nigel, who worked as a Project Manager at business insurance company
Allianz, had surgery to debulk to the tumour followed by chemotherapy and radiotherapy. Sadly, the treatment proved unsuccessful and Nigel rapidly deteriorated and died in October 2017, aged 52.

Like his dad, Sam, who works for German energy trading house RWE, is a keen rugby player and both father and son were regulars on the pitch at Effingham and Leatherhead RFC. Sam added: “I broke my arm six weeks ago playing rugby which has affected my cycle training to say the least but I’m still determined to cross that finish line. Dad outlived his prognosis by two and half years through sheer determination and remembering this will keep me going.”

Joining Sam will be his university friend, Alex Truman, and 22 other cyclists supporting the charity at “the world’s greatest festival of cycling.” Some 25,000 are expected for the RideLondon-Surrey 100-mile sportive which will set off from the Queen Elizabeth Olympic Park in east London on Sunday 29th July before heading through the capital and out into the Surrey countryside, taking in the family’s home village of West Horsley, and returning to the finish on The Mall.

Tim Green, Community Fundraising Manager for the Brain Tumour Research charity, said: “For too long, brain tumours have been a neglected cancer. Stories like Nigel’s remind us all that we cannot allow this desperate situation to continue. We are extremely grateful to all our riders for their support and wish them well.”

To make a donation to Brain Tumour Research via Sam and Alex’s JustGiving page, go to https://www.justgiving.com/fundraising/samandalex-ride-100