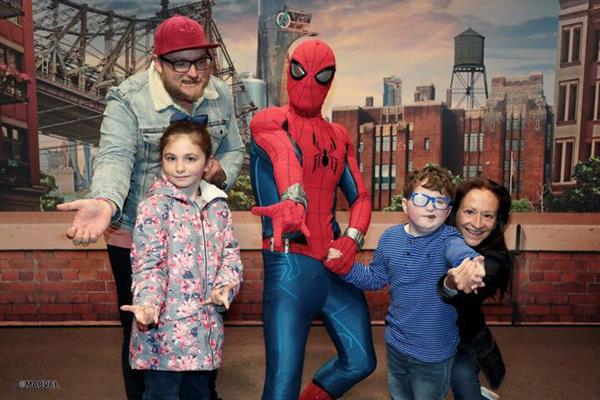 A father whose son is living with an incurable brain tumour has welcomed a new report exposing the punishing financial burden of the disease.

Cairan St Ledger’s son, Harry, aka Spider-Man Harry, seven, was diagnosed with an aggressive and incurable brain tumour earlier this year. Cairan, from Portchester, was forced to give up work for 14 weeks after Harry’s diagnosis. In addition, he and Harry’s mum Fiona Lear were forced to spend hundreds of pounds on rent to stay in London, where Harry had his radiotherapy treatment.

Cairan said: “The financial impact of Harry’s diagnosis has been enormous. Having had to give up work entirely for several weeks, I now work reduced hours and I have also spent an extortionate amount on traveling to appointments and on hospital parking fees. There was no other option.

“We eventually had our rent payments paid for by the NHS, but this took a good couple of months to come through, well after Harry’s treatment was finished. I would be in financial ruin had my friend not set-up a GoFundMe page and I dread to think what other families affected by this devastating disease have to go through financially.

“While Harry’s tumour remains incurable, he has defied everyone with how well he now is and how he coped with his radiotherapy. I’m very proud of him.”