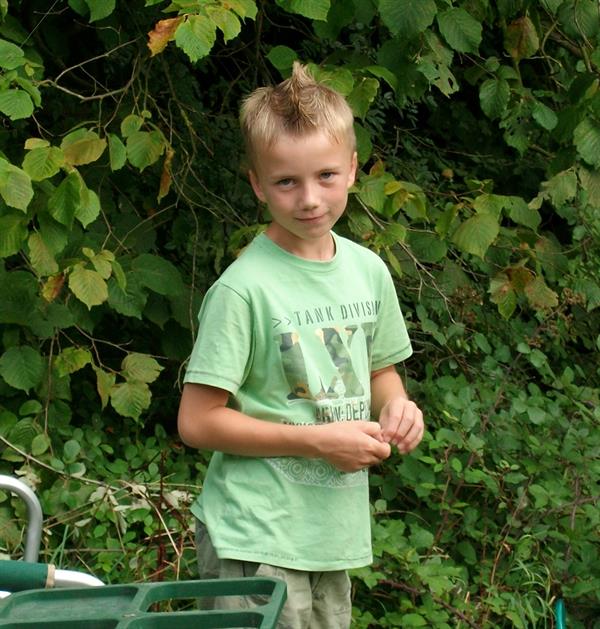 A child lost to a brain tumour at the age of 11 is being remembered across Canvey Island on what should have been his 18th birthday.

Families and businesses throughout the community will be showing their support for Lisa and Chris Green whose son Danny died in 2012. A number of events are being organised to mark Danny’s birthday on 6 February.

Danny, who also left sister Hollie, was diagnosed with a medulloblastoma brain tumour in November 2011, aged 10. He had surgery to remove the tumour, but was left with a heart-breaking condition called posterior fossa syndrome (PFS) which meant he was no longer able to communicate, move unaided, or hold his head up.

Tragically, despite chemotherapy and radiotherapy, Danny lost his fight for life eight months after diagnosis in July 2012. His parents set up The Danny Green Fund , a member charity of the Brain Tumour Research charity, and an incredible £600,000 has been raised in Danny’s memory in six years.

Lisa said: “Every year we dread Danny’s birthday, but this year being without him to celebrate his special day seems even tougher. Not only have we lost our precious son and our daughter Hollie has lost her special brother, but we are missing out on so much without him in our lives.

“Danny will never be forgotten and we carry him always in our hearts and thoughts. He is the inspiration for all we do and we are hopeful that one day there will be a cure for brain tumours and other families won’t have to go through the devastation of losing a child to this cruel disease.

“We see it as a real positive, however, that across Canvey Island, on his 18th birthday, the schools will be wearing green for Danny, including Leigh Beck Junior where Danny was a pupil in Year 5 when he was diagnosed, as well as a number of businesses. People are also sending in donations to mark Danny’s special birthday.”

The Danny Green Fund is also marking the milestone with Danny’s 18th Challenge, asking people to choose a sport and between 6 February and 6 March set themselves a target revolving around the number 18. It could be anything from walking to school 18 times, to running 180 miles, swimming 180 lengths, or going to the gym 18 times.

And on 15 June, the charity will be holding Danny’s 18 Mile Walk, starting out from The Sea Life Centre in Southend and finishing at The Lobster Shack, Canvey Island, with a shorter 18km walk option, starting and finishing from the same points.

Lisa said: “We will be walking to help children who have been tragically affected by posterior fossa syndrome and who struggle to walk unaided. We are the only charity that provides this vital service for children suffering from this syndrome as a result of a brain tumour.”

The Danny Green Fund has also raised more than £50,000 to sponsor research at two of Brain Tumour Research’s Centres of Excellence at the University of Portsmouth and at Queen Mary University of London (QMUL). This year they will be putting up three tiles on the Wall of Hope at QMUL representing the equivalent of three days of research sponsored: one to mark Danny’s 18th birthday and the other two in recognition of funds raised by Castle Point Golf Club and F & J Caring & Sons butchers’ run by the father of one of Danny’s friends.

Sue Farrington Smith, chief executive for Brain Tumour Research, said: “Brain tumours kill more children and adults under the age of 40, yet historically just 1% of the national spend on cancer research has been allocated to this devastating disease. We are proud to be helping to change this.

“We are very grateful to the Danny Green Fund for supporting vital research to help find a cure for this terrible disease. Our thoughts are with Lisa, Chris and Hollie as they face another year without Danny and this special birthday when they should be celebrating the start of his adult life and the promise of so much to come.”

Money raised for Brain Tumour Research helps fund dedicated UK Research Centres of Excellence where scientists are focused on improving outcomes for patients and, ultimately, finding a cure. Historically, just 1% of the national spend on cancer research has been allocated to brain tumours and the charity is working with the government and the larger cancer charities to increase this.

For more information or to take part in any of the events to celebrate Danny’s 18th, email info@thedannygreenfund.org.uk

To make a birthday donation, go to www.thedannygreenfund.org.uk/donate

Liz Fussey at Brain Tumour Research on 07811 068357 or Liz@braintumourresearch.org

The Brain Tumour Research charity is a powerful campaigning organisation and represents the voice of the brain tumour community across the UK. We helped establish and provide the ongoing Secretariat for the All Party Parliamentary Group for Brain Tumours (APPGBT) which published its report Brain Tumours A cost too much to bear? in 2018. Led by the charity, the report examines the economic and social impacts of a brain tumour diagnosis. We are also represented on the Steering Group for the Tessa Jowell Brain Cancer Mission.