Brother lost to brain tumour is remembered at research centre 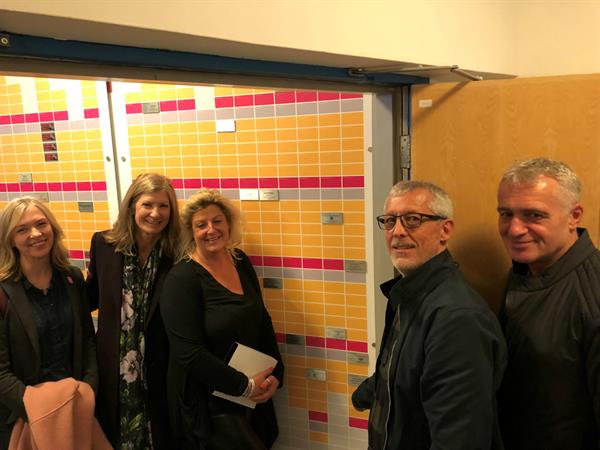 Family and friends of a man that passed away from a brain tumour are helping to fund scientific research into finding a cure for the disease.

Duncan Scott, from Claygate in Kent, died from a brain tumour in December 2016, just 18 months after he was diagnosed. Since his passing, family and friends have been actively involved with the charity Brain Tumour Research in fundraising for pioneering research into the disease raising over £6,000 and still have more fundraising events in the pipeline.

Duncan’s two sisters, Tara Harris and Gayle Scott, were joined by Gayle’s partner Chris and good friends Jon and Jan to place a plaque in memory of Duncan at the Brain Tumour Research’s Wall of Hope at the Centre of Excellence at the University of Portsmouth.

After a freak cycling accident in March 2015, Duncan was referred to a neurologist after his left side didn’t appear to be healing from his injuries as it should and he began dragging his left foot. An MRI scan in June 2015 revealed the devastating news that Duncan had a grade four glioblastoma multiforme (GBM), a very aggressive brain tumour. Though he endured rounds of chemotherapy and radiotherapy, the tumour grew back and Duncan died the day after Boxing Day 2016, aged just 55.

Tara, 51, from the Isle of Wright, said: “Duncan was a wonderful man with such a passion for making the most out of the life. He would be so happy to think that we are helping to bring about advances in science which will in turn lead to more effective treatments and better survival rates for people diagnosed with GBMs.  It’s such a cruel type of brain tumour, particularly for someone who was so young, healthy, bright and vibrant like Duncan.

“Being at the research centre all together and seeing what they are doing here, really draws attention to the cost of research and work that needs to be conducted to find a cure for brain tumours.”

Tim Green, Community Fundraising for Brain Tumour Research, said: “We are really grateful to Tara, Gayle and all their family and friends for raising vital funds to support important research into a disease which affects so many people and their families each year. Stories like Duncan’s reminds us all that we cannot allow this desperate situation to continue.”