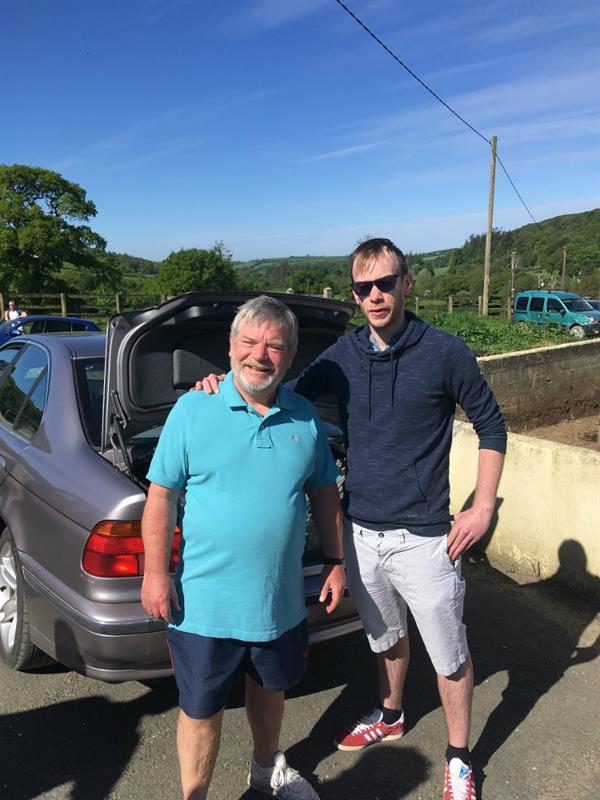 A resident of East Meon, near Petersfield, who had a brain tumour as a child has taken on his fear of heights to abseil the Spinnaker Tower in Portsmouth, raising funds to help find a cure.

Tom Carney, 28, from Winchester, took part in the challenge with his father, Dominic. Tom, a sales employee at RAK Ceramics UK Ltd, was just 13 when he was diagnosed with a low-grade brain tumour in 2003, after suffering severe headaches. The tumour, an astrocytoma the size of a grapefruit, was successfully removed and the Carney family have never looked back.

As the highest building in the city, the 94 metre Spinnaker Tower offers breath-taking views of the Solent and beyond. Many of those who joined Tom and his father on the abseil had also been affected by brain tumours in some way.

Raising over £800 for the pioneering charity Brain Tumour Research, Tom and Dominic stepped out of their comfort zones to take on the abseil, supported by family friends from far and wide, including Mike Coyle, Del Mitchell and David Cooke.

Tom said: “Fortunately we were blessed to have wonderful sunny conditions for the abseil, giving us great views over Portsmouth Harbour. It was a great sense of achievement to complete the abseil and we are so proud to able to support a cause that has such an importance and a personal resonance to us both.”

Dominic said: “With other fundraising, we have already raised £1,000 for Brain Tumour Research and will continue to do so as long as our generous friends and colleagues can put up with the noise. The abseil was a fantastic day for our family and we made lots of great memories. It will also raise awareness of this awful disease and draw attention to the underfunding of research which has gone on for far too long.”

Tim Green, Community Fundraising Manager at Brain Tumour Research, said: “The money raised from the abseil will help to fund the work, including the reserach at our four Centres of Excellence, including one at the University of Portsmouth, where world-leading research into the causes of brain tumours and improving treatments is taking place.

“We really appreciate Tom and Dominic’s support and congratulate them on completing their challenge. For too long, brain tumours have been a neglected cancer and stories like the Carneys’ remind us all that we cannot allow this desperate situation to continue. Sadly, less than 20% of those diagnosed with a brain tumour survive beyond five years compared with an average of 50% across all cancers.”

Make a donation to Brain Tumour Research via Tom and Dominic’s JustGiving page.