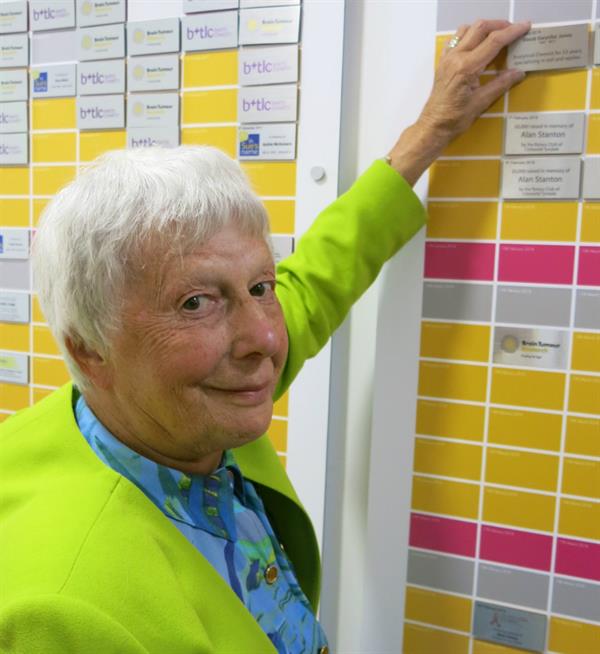 The wife and family of a man who died from a brain tumour have helped to fun researchers looking for a cure for the disease. In recognition of their contribution, the family were invited to meet scientists and tour the lab where vital research is taking place.

David Gwynfor Jones (known as Gwyn), from Ashford in Kent, was diagnosed after a memory test and routine MRI scan in April 2011. The retired analytical chemist, aged 81 at the time, was told he had a suprasellar meningioma tumour sitting on his optical nerve. Despite the tumour being classified as low-grade, the disease had a devastating impact on Gwyn’s life, causing seizures, blind spots in his vision, and speech issues. By the end of 2016, Gwyn had lost all use of his legs and was bed-ridden. He died in August 2017 and his wife Hazel Jones and family are now determined to help scientists find a cure for the disease.

The family, who made a funeral donation to the pioneering charity Brain Tumour Research, were invited to visit one of the charity’s dedicated Centre of Excellence labs at Queen Mary University of London to see how funds contribute to research. The Jones’ also had the opportunity to place a tile on the Wall of Hope in Gwyn’s memory

Hazel, who was married to Gwyn for 59 years, said: “Seeing my husband go from an intelligent and inquisitive man to someone who could hardly communicate was terrifying. It’s a tragedy that so many people have to suffer like this which is why my family and I want to contribute to the research that’s taking place at the charity’s Centres of Excellence. I hope that research into the disease will receive more funding and that one day, in the near future, major breakthroughs are made.”

Led by Professor Silvia Marino the team at the centre are studying glioblastoma tumours – one of the most aggressive and deadly types of brain cancer.

Tim Green, Community Fundraising Manager for Brain Tumour Research, said: “We’re extremely grateful to Gwyn’s family for their donation and we’re really pleased they have been to see the research taking place at the Queen Mary University of London, and also placed a tile on the Wall of Hope. Stories like Gwyn’s remind us all that we cannot allow this desperate situation to continue.”