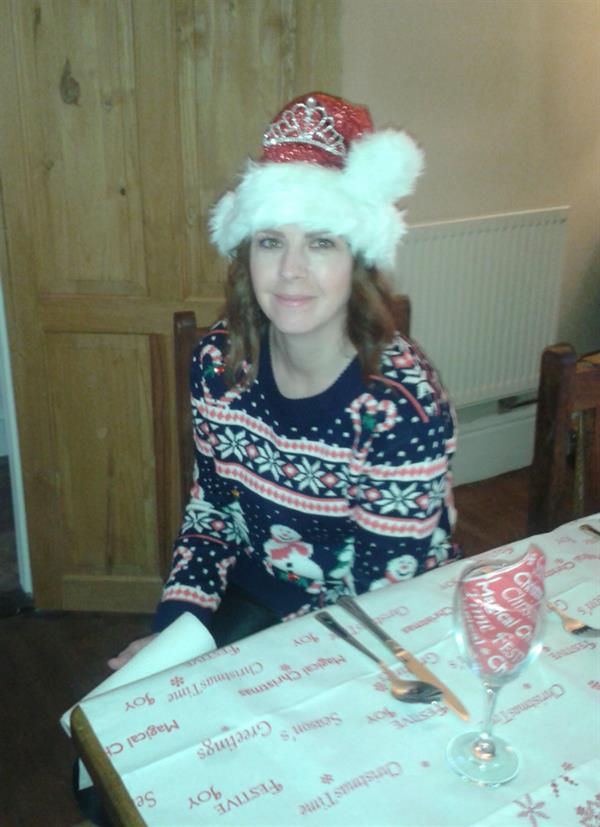 Although Christmas is a special time of year, it can also be incredibly hard for those who are remembering a loved one that has been lost.

Rab and Margo Anderson of Kettering know this only too well because their beloved eldest daughter Cat passed away on 14th June this year, aged just 38.

Cat Anderson, who grew up in Corby and later lived in Uppingham, was diagnosed with an aggressive and incurable brain tumour in 2014 and, after surgery, radiotherapy and chemotherapy treatment, seemed to be doing well.

The family were shocked to discover that brain tumours kill more children and adults under the age of 40 than any other cancer, yet just 1% of the national spend on cancer research has been allocated to this devastating disease. So they set up a fundraising group under the umbrella of pioneering national charity, Brain Tumour Research. They named the group Cat in a Hat because, after losing her hair due to the chemo, Cat was so often seen wearing one of an impressive range of hats given to her by friends and family,.

Rab remembers the first Christmas after it was discovered that Cat had a brain tumour: “Cat was diagnosed in August 2014 and was given a survival prognosis of 12 to 18 months. We thought that that Christmas could well be her last and were dreading it.

“However, to make sure we all got into the Christmas spirit, Cat decided we all had to wear silly Christmas jumpers. In the end, the day we dreaded was lots of fun.

“Christmas, was always very special to Cat, as was her birthday when she wouldn’t just celebrate the day, but the whole month! Cat found great joy in choosing presents for each member of the family and then giving them on Christmas Day. She always said: ‘You can’t have Christmas without a bit of tinsel’. Cat also used to make a big thing of putting up the Christmas tree, marking the occasion with a glass or two of wine while singing along to some jolly Christmas tunes.

“This year, there will be no Cat to help us get into a festive mood, although I know she will be there in spirit. Margo and I went to look at Christmas trees the other weekend, but had to give up because we got too emotional. We have since taken a wee Christmas tree and some tinsel to put on Cat’s grave. It would be easy to say: ‘let’s just give Christmas a miss’, but that wouldn’t be fair on the grandchildren.

“If I could make one wish this Christmas, it would be that we find a cure for this terrible disease which takes children away from parents and parents away from children long before their time. I don’t want other families to be dreading Christmas like ours because one of their loved ones is being so terribly missed. That’s why Cat in a Hat continues to fund vital research into brain tumours. It’s too late for Cat, but we want her legacy to be that the group set up in her name helps to find that elusive cure.”

To donate to Cat in a Hat please go to http://uk.virginmoneygiving.com/team/catinahat1