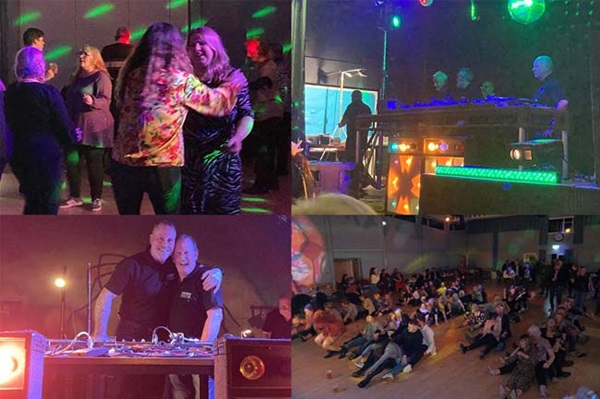 In 2022, my brother Steve and I, along with the guys Fred Theobald, Paul Kelly and Steve Wills, reformed our old disco, Spiders Disco, after 40 years. We held a charity event to raise money for the people of Ukraine. It went down a storm so, by popular demand, we decided to do another. This time, we decided we wanted to support Brain Tumour Research.

It’s a charity close to our hearts because my son-in-law Adam Martin died of an incurable glioblastoma (GBM).

GBM is the most common type of primary high-grade brain tumour in adults. This fast-growing tumour is very challenging to treat due to its complex nature, and the average survival time is devastatingly short – just 12-18 months. 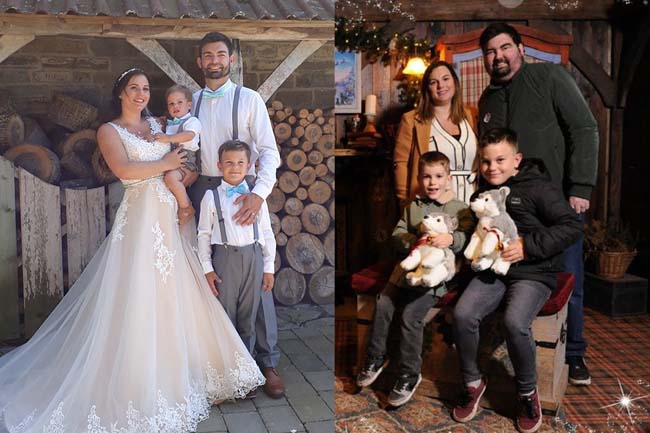 The Martin family at Adam and Sarah’s wedding on 30th June 2018 (left) and on their last Christmas together (right).

We held a 70s and 80s disco on Saturday 26th November 2022, with all funds raised supporting Brain Tumour Research.

It took around three months to organise and a large part of that included finding sponsors and advertisers to help us. We were blown away by the support of our local businesses. 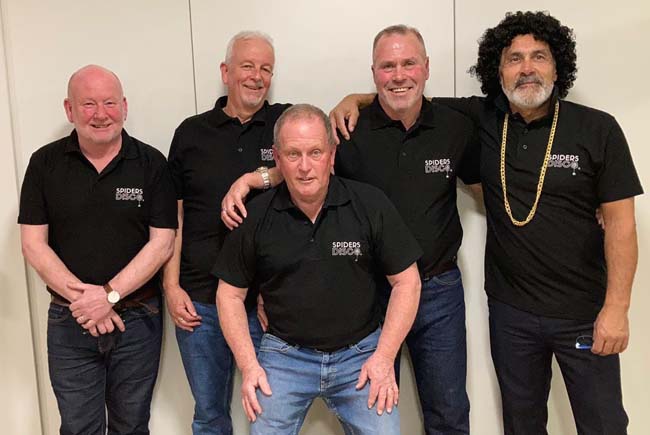 We found sponsorships from friends in local businesses and owe our thanks to Wayne Pullen Butchers of Milborne Port, Dyers Metal Mesh in Yeovil, Bill Butters Windows and Doors in Sherborne, and the Shaftesbury Deli.

Yellow Box of Yeovil did all the printing of our advertising posters and tickets. Our friend Simon Bramich, who has a company called Stricking Lighting, provided us with all the equipment we needed on the night – as after 40 years we didn’t have any of our own.

Radio presenter Nigel Phillips even helped promote the event on his local radio show on Abbey 104. 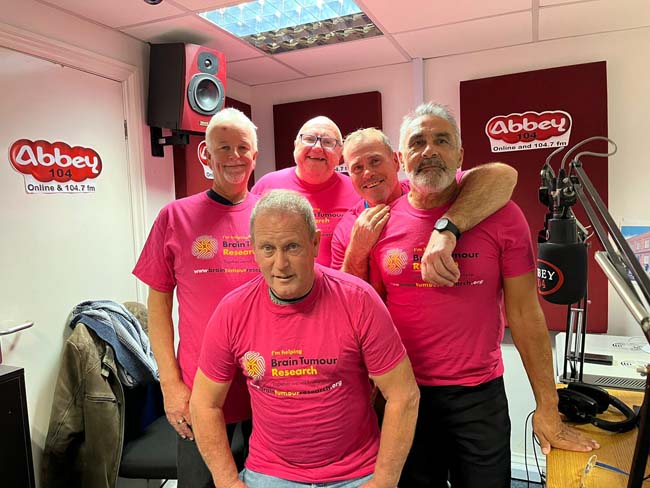 Taking to the waves on Abbey 104 with Nigel Phillips (back row, second from left)

Finally, the big day arrived. We were thrilled that to welcome around 120 people to the Digby Hall in Sherborne, Dorset, for an evening of classic 70s and 80s tunes and, of course, dancing.

Everyone who attended had a brilliant time and the feedback on the night was great. We had lots of people tell us that if the disco were on again the following week, they would definitely be back!

Most importantly, we raised a final total on the night of £1,645 – an amazing tribute to Adam. 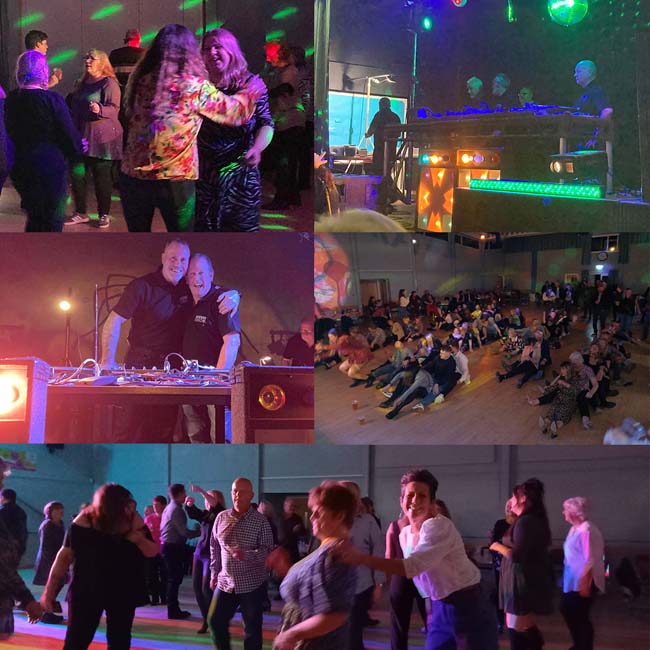 A night of classic tunes, boogieing and fun was had by all!

Brain Tumour Research is grateful to Dave and all those who supported his fundraising event. The funds and awareness he has raised will help fund our vital work to find a cure for brain tumours, the biggest cancer killer of children and adults under the age of 40.

If you’d like to organise a fundraising event for Brain Tumour Research, our expert Fundraising team is on hand to help. Let us know about your plans by completing our online form here.