What a year for research! 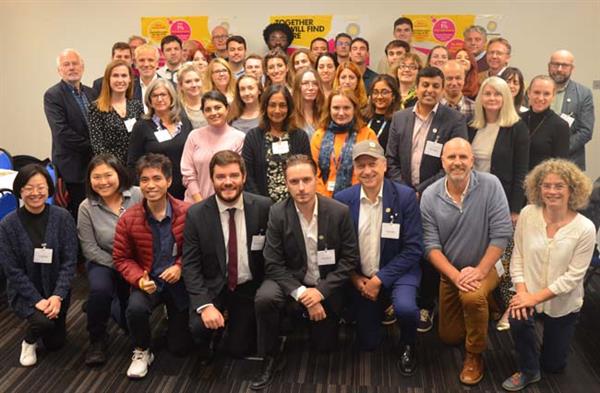 As we approach the end of 2022, it is a perfect time to take a step back and reflect on what your support has enabled us to achieve this year. The Brain Tumour Research Centres of Excellence you help to fund have made significant research breakthroughs that have been published in influential journals. The teams’ research has deepened our understanding of brain tumour biology and they have investigated new treatment options, all of which will bring us closer to our vision of finding a cure for all types of brain tumours.

As a charity we have also funded, in partnership with others, two influential initiatives: the Brain Tumour Research Novel Therapeutics Initiative (BTR-NTA) and PRIME, both of which will bring impact for researchers and patients in the coming years. 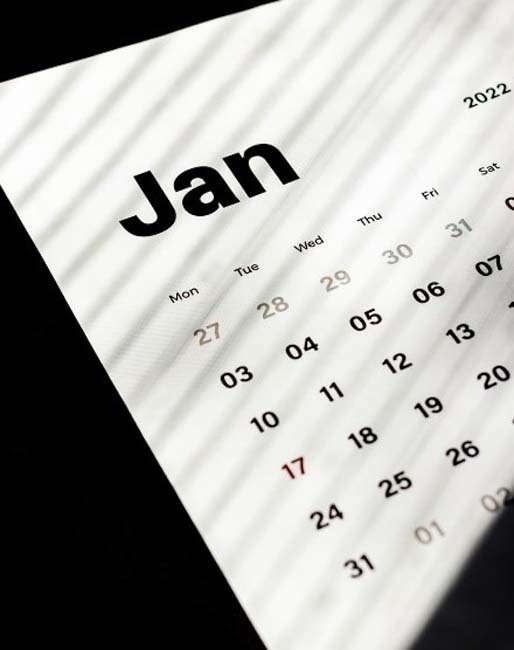 Dr Nel Syed and her team at the Centre of Excellence at Imperial College London made two valuable breakthroughs this year in the treatment of glioblastoma (GBM) tumours. In February they discovered that ADI-PEG20 could improve the effectiveness of radiotherapy for patients diagnosed with GBM and could therefore be a potential new treatment. In August they demonstrated that a drug approved for neuropathic pain, which blocks a receptor called AT2R, could be repurposed to stop the growth of GBM tumours. In addition to the research from the Centre, researchers are being nationally recognised for their work. Dr Sophie Morse, a member of the Imperial team funded by Brain Tumour Research, was named by Women’s Engineering Society as one of the Top 50 Women in Engineering, a worthy accolade that adds to Sophie’s growing list of achievements. 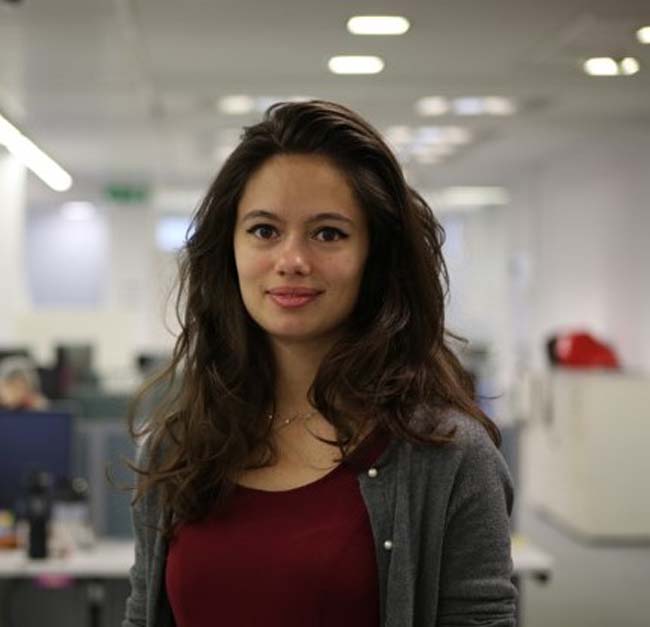 Researchers at our Centre of Excellence at the University of Plymouth have made encouraging progress in the diagnosis and treatment of low-grade brain tumours. In the Autumn, Professor Hanemann, the Director of the Centre, and his team showed that a blood test for meningioma tumours could detect and grade the tumour, potentially reducing the need for invasive biopsies in the monitoring of patients. At the same time, Professor Parkinson’s team’s research focus was on two drugs, VT1 and VT2, that not only reduced the growth of schwannoma tumours ( acoustic neuroma) but caused them to shrink in size, which might offer a much-needed treatment option for patients with NF2-related tumours. 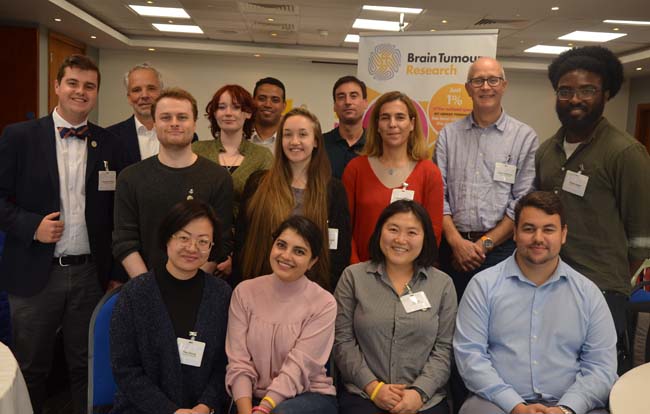 Professor Silvia Marino and her team at our Centre at Queen Mary University of London, focus on GBM as well as paediatric tumours such as medulloblastoma.  In April, they discovered that a combination treatment of BMI1 and MAPK/ERK inhibitors for group four medulloblastoma tumours significantly extended survival in lab tests, offering hope for a less toxic, more targeted approach to medulloblastoma treatment.

At the heart of Prof Marino’s research is recognition that a one-size-fits-all approach to treatment won’t improve outcomes, and the identification of the differences between tumours is an important step towards personalised treatment. In November, they identified a new group of GBM tumours which may not respond as well to treatments that require the immune system, strengthening the argument for tumour specific treatments. 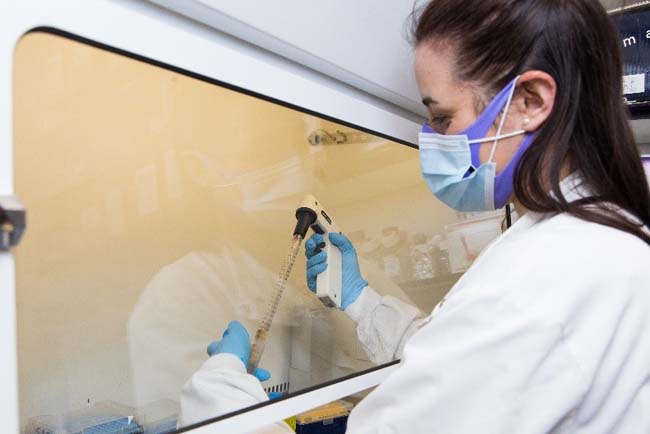 In 2022, BRAIN UK, the virtual brain bank at the University of Southampton funded by Brain Tumour Research, has continued to be an invaluable resource for brain tumour researchers, as well researchers of other rare neurological diseases. BRAIN UK catalogues tissue samples from all over the country and supports a diverse range of research projects by providing access to previously hard-to-source tissue samples. To date, BRAIN UK have provided more than 20,000 samples and have been involved in 54 publications, including high impact journals such Nature and the Lancet.

In June we funded the Brain Tumour Research Novel Therapeutics Accelerator (BTR-NTA), in partnership with Tessa Jowell Brain Cancer Mission (TJBCM). The initiative will review and provide guidance for researchers in order to support clinical trial design with the aim of getting promising drugs into human trials faster.  Dr Karen Noble, our Director of Research, Policy and Innovation and one of the key advisors on the programme, said: “We hope that this programme will result in more basic research progressing successfully to clinical trials so that we can find new treatments and ultimately a cure for brain tumours.”

Last, but not least, in July we announced our funding support for our Member Charity brainstrust, and their Patient Research Involvement Movement (PRIME). An initiative which will bring people living with a brain tumour into contact with the clinical research community where they can have input and help shape studies and secure funding for research and clinical trials.

We would like to thank all our supporters, because none of these initiatives and research breakthroughs could have taken place without them.  With the much-anticipated launch of our next Centre we expect the coming year, 2023, to be as ground-breaking and bring us closer to our goal, a cure for all types of brain tumours. 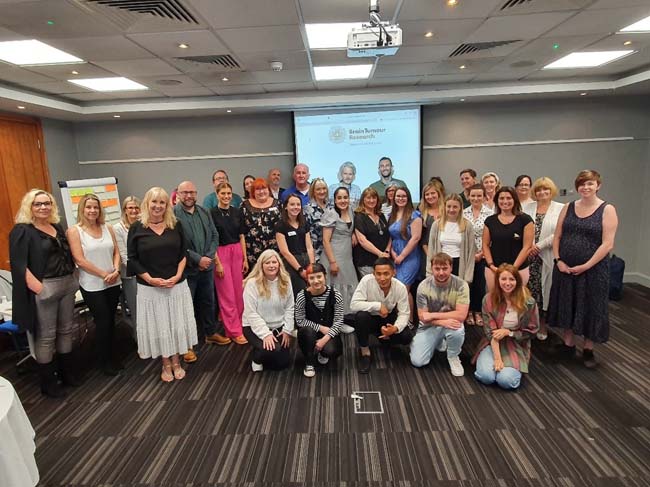