Hybrid, virtually or in person we are UK wide 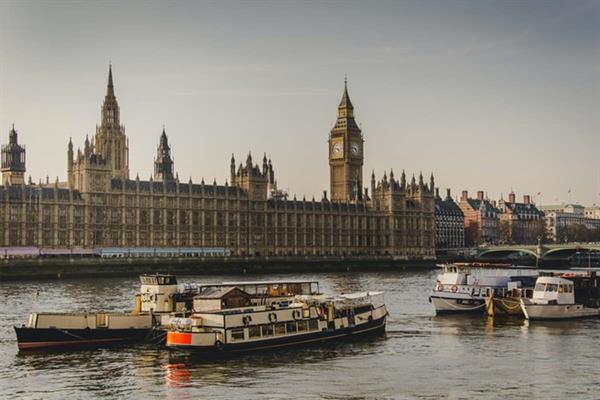 In the past couple of weeks, we have visited a number of UK centres where brain tumour research is being undertaken as we move toward the final decision on where our new dedicated research centre partnership will be. This has been an inspiring time as we hear what some of the UK’s brightest brain tumour researchers are doing, and planning to do. The decision we have to make isn’t simple and is overseen by our Scientific and Medical Advisory Board and involves independent, international peer review of the work these potential partners are proposing to undertake.

UK-based researchers and their teams play a pivotal role in helping us on the pathway to achieve our vision of finding a cure for all types of brain tumours. Brain Tumour Research will invest an initial £2.5 million over five years into this new partnership, an investment made possible thanks to our supporters’ tireless fundraising efforts.

The new Centre will grow capacity in the UK, bringing together or continuing to build a critical mass of staff, infrastructure and collaborations, while helping to transform research into this devastating disease.

Our Director of Research, Policy and Innovation, Dr Karen Noble, who has been on these site visits said: “Our Centres support long-term research, building the critical mass of expertise needed to accelerate the journey to find a cure. Our aim is to fund an innovative and ground-breaking proposal that will contribute to transforming brain tumour research that will translate to patient impact as well as train the next generation. .”

The successful Centre will be announced during Brain Tumour Awareness Month in March, and we look forward to being able to update you.

It has been good to be on the road again as we are still in what you could call the hybrid age where some meetings are face to face, some are virtual and some are a mix of both – the recent meeting of the APPGBT being one of these where although many of us were in a crowded room in Westminster, colleagues and stakeholders could access the meeting virtually.

In 2020 Brain Tumour Research was pleased to be invited to support The Less Survivable Cancers Taskforce (LSCT) and join eight other cancer charity and research organisation invitees who signed up as registered supporters.

Together, the less survivable cancers of the pancreas, lung, stomach, liver, brain and oesophagus make up half of all the deaths from common cancers in the UK but they have an average five-year survival of less than16% due to a legacy of neglect and underfunding. The Taskforce aims to double the survivability of these cancers by 2029.

At the time our Chief Executive Sue Farrington Smith MBE said: “Collaboration and campaigning are at our core and, having been a part of Cancer 52 (the common voice for rare and less common cancers) for many years, it’s great that we can now add our support to the LSCT as well. We look forward to doing so and together we can inform and transform.”

The 11th January 2022 saw the first Less Survivable Cancers Awareness Day and, following a meeting this week, it has been agreed that Wednesday 11th January 2023 will be the second.

At Brain Tumour Research we agree that we need action to improve survival rates of the less survivable cancers. Our mission to do this is focused on finding a cure for all types of brain tumours through campaigning to increase the national investment in brain tumour research to £35 million per year, while fundraising to create a network of seven sustainable Brain Tumour Research Centres of Excellence across the UK.

Last week we joined the annual Scottish Cancer Conference which took place in Edinburgh, and focused on cancer inequalities.

Michelle Mitchell OBE, Chief Executive of Cancer Research UK (CRUK), presented the keynote speech launching CRUK’s latest report on deprivation and cancer, which shows that the burden of cancer is not felt equally across Scotland. Although cancer survival has doubled since the 1970s, Mitchell said, we must go “further and faster”.  On cancer inequalities, she said that they are: “unfair and avoidable, and present at every single part of the pathway.”

The Scottish Government address was given by the Cabinet Secretary for Health and Social Care, Humza Yousaf who spoke about the challenges the system currently faces post covid and amid a cost-of-living crisis because “People are presenting to us sicker, and people are presenting to us later.” He also spoke about the flagship action in the Scottish Government’s Cancer Plan – prehabilitation, a new scheme to provide pre-treatment support to cancer patients. The project, offered at all eight Maggie’s centres across Scotland, gives tailored help and advice on exercise, nutrition, and mental health, to improve outcomes for those preparing for cancer treatment.

The highlight of the conference was the presentation given by art and design teacher Gilly McClaren, who spoke about her cancer journey and her sketches which celebrate the NHS staff who cared for her. Gilly was diagnosed with ovarian cancer, aged 33, after an 18-month route to diagnosis. She emphasised the importance of being persistent because ultimately: “You know your own body better than anyone.”

Last week, we met again with the former Lords’ Opposition Spokesman for Health, Lord Hunt. In January 2021 Lord Hunt prompted a mini brain tumour debate in the House of Lords following his funding questions of then Health Minister Lord Bethell. We updated Lord Hunt on the deployment of the £40 million made available for allocation to brain tumour research in 2018 and on the number of brain tumour research submissions over the past 4 years, including those which were successful, and whether enough is being done to improve the success rate.

We will be working with Lord Hunt to raise these issues discussed at our meeting with him in the New Year.

After meeting with Lord Hunt we stayed in Westminster to join a meeting of the APPG on Cancer (APPGC) where Holly Masters, an actor from Cambridgeshire, spoke about the financial impact of a cancer diagnosis. Holly, who’s 23 years old, was diagnosed with bowel cancer in 2021. As a result, she experienced a complete loss of earnings as physically and psychologically, it became too difficult for her to work. In addition, it took 2 months for a Universal Credit decision to be made and a further two months before the money started to come through. Holly said, “There needs to be quicker and easier access to financial assistance and there needs to be a purpose-built benefits system for cancer patients.” We agree that a one-size fits all shouldn’t be applied when it comes to benefits. Moreover, more needs to be done to make people going through cancer treatment aware of the support available.

Other issues raised at the meeting included the lack of consistency concerning hospital parking fees and the difficulty to find a parking space for cancer patients. It was felt that some costs are too often overlooked, for instance – the extra cost incurred for food and transport. In some cases, people are even feeling the need to spend their own money on scans, to move their treatment on quicker.

Many of the issues raised at the APPGC meeting echoed brain tumour patient specific experiences reported on in the  2019 report of the APPGBT ‘Inquiry into the economic and social impacts of brain tumours’: which can be downloaded and read here.

We are strongly supportive of any actions that encourage the Government across the four nations to address cancer inequalities. For this reason, we’re responding to the Welsh Cross-Party Group on Cancer Inquiry, which is aiming to better understand the impact of inequalities. If you live in Wales, and have lived experience of a brain tumour, please take the time to respond to our survey https://forms.office.com/r/wYMK3wx6uR.

Our Welsh outreach last week included a meeting with Mike Hedges, Member of the Senedd for the constituency of Swansea East who has agreed to support our campaigning in the New Year, particularly during Brain Tumour Awareness Month.

Whether going on site visits, travelling across the country to meetings, joining taskforces virtually or providing the secretariat for a hybrid meeting of the APPGBT, Brain Tumour Research is, and will be in 2023, working virtually, in person and as a mixture of both across the UK as we pursue our vision and mission.