Brain Tumour Research in the headlines 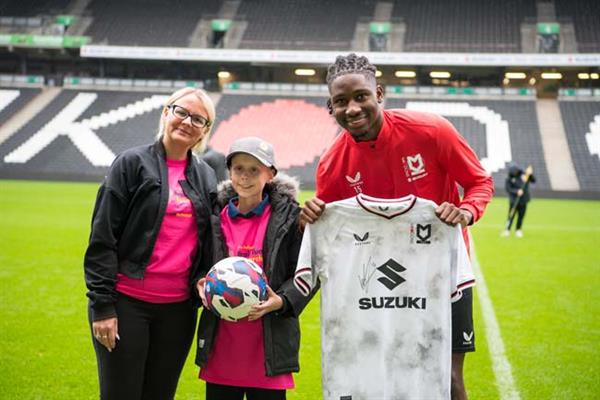 Jude Upton with his mum and an MK Dons player Joshua Kayode at the stadium, pictured left

This month Brain Tumour Research launched its One Million Keepy Uppy Challenge to coincide with the start of the World Cup.

We partnered with the MK Dons who pledged 10,000 keepy uppies, along with the help of fans, and continue to support the challenge as it continues into mid-December.

As part of the launch 10-year-old brain tumour patient Jude Upton was treated to a tour of the stadium. The fan met some of the players and received a signed shirt from the team, with ITV Anglia filming it for the evening news. 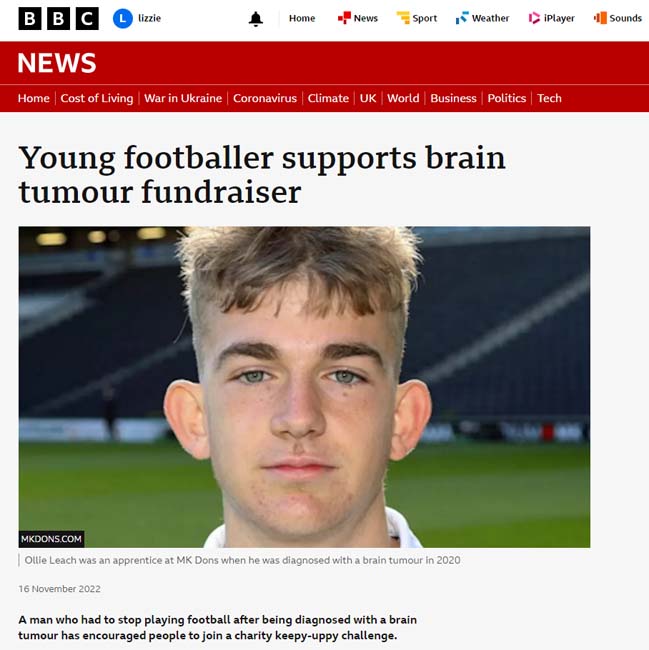 We also worked with Ollie Leach, who was struck down with a brain tumour when on the cusp of becoming a professional footballer.

The former MK Dons apprentice had to give up on his footballing dream at the age of 18 when the tumour was discovered following vision problems. He had an operation to remove the tumour but has been left with ongoing problems with his sight.

After agreeing to be one of the faces of this campaign, he also decided to get involved in the challenge himself and has pledged to do 5,000 keepy uppies towards the cumulative total of one million.

We also forged a relationship with former Liverpool FC player Jose Enrique, who has been promoting the fundraiser across all his social media channels, reaching a combined following of at least 916,000, to help raise awareness. 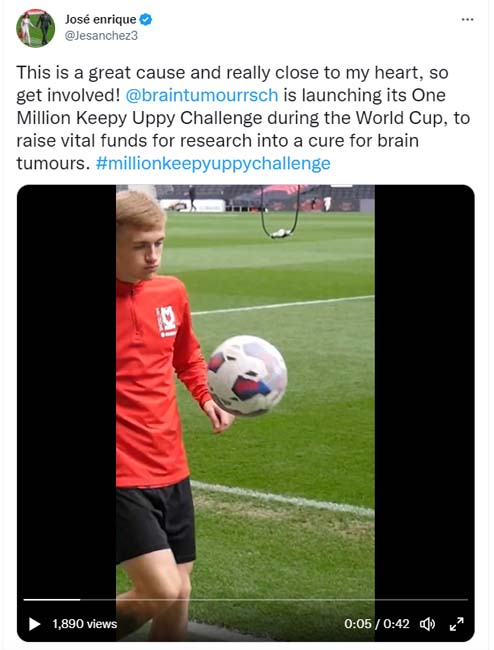 Last month also saw the completion of the 100 Squats or Star Jumps a Day in November Challenge. Hundreds of people got involved in this, and some incredible and moving stories came out of their efforts.

Kaylee Crawshaw made national headlines – including in the Independent and The Mirror – after suffering severe headaches and discovering she had two brain tumours. She named the growths, and likened them to “having a fruit bowl” in her head. 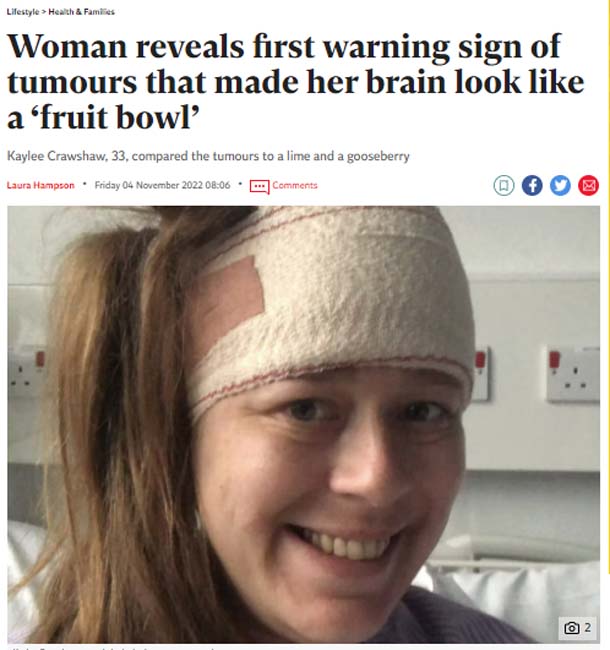 There was also a story in the Metro about twins; Hilary Stockton had a brain tumour, but her symptoms were also felt by her sister Hayley.

In another emotional story featured in The Mirror, Jacqui Armor spoke about being given a year to live, but said she would “die happy” after meeting her first grandchild.

As well as joining our campaigns, many people embarked on their own fundraising challenges for Brain Tumour Research during November. One with particularly high stakes involved a 15-strong team from Berkshire who threw themselves out of a plane at 15,000 ft. The skydive was in memory 17-year-old Ethan Treharne, who died from a brain tumour a year ago.

The team included his mother, who strapped Ethan’s ashes to her chest for the jump, and together the group raised more than £6,000. They are already keen to do another skydive. 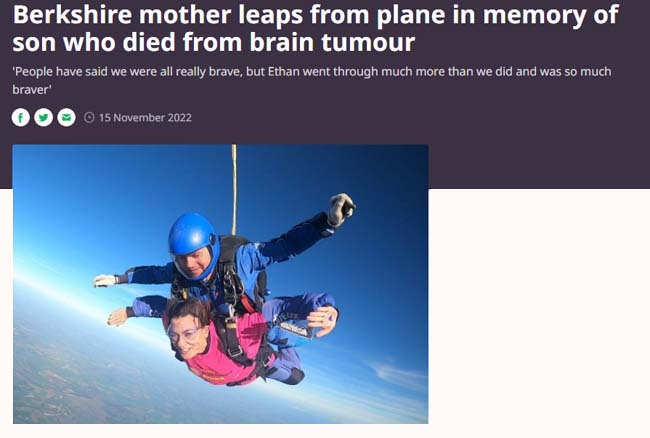 Skydive for Ethan Treharne on In Your Area

We also featured Oliver Cooper-Grace, who is crowd funding for alternative treatment abroad for his astrocytoma. His story appeared in The Metro and The Mirror after the 23-year-old was told to take paracetamol for his headaches, which were being caused by the tumour. 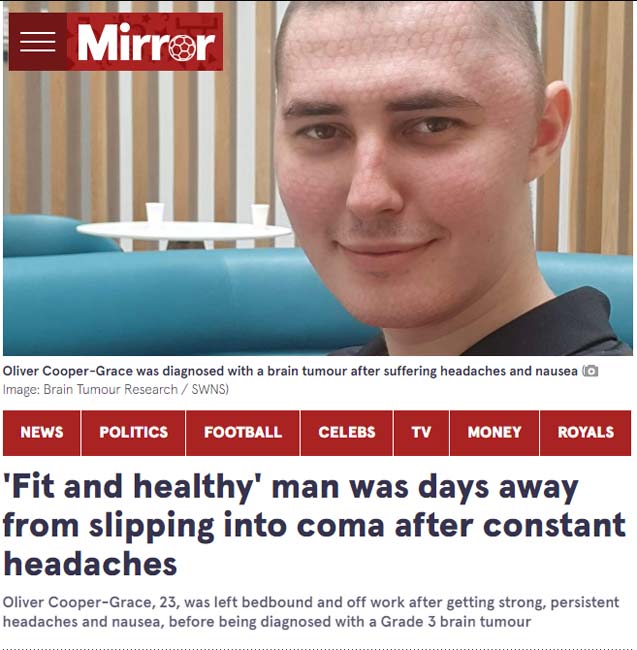 We’re already looking forward to sharing our December highlights with you. The month is off to a great start with the One Million Keepy Uppy Challenge ongoing until 18th December.

We also have Wear A Christmas Hat Day fun on Friday 16th December. You can get involved by wearing your own Christmas hat and donating, or setting up an event with a group of people – register today by clicking here.

We are grateful to all the supporters who work with Brain Tumour Research to help raise awareness of this devastating disease. If you would like to share your story, please contact our dedicated PR team to see how we may be able to help: media@braintumourresearch.org