Back at Westminster and the Welsh Experience 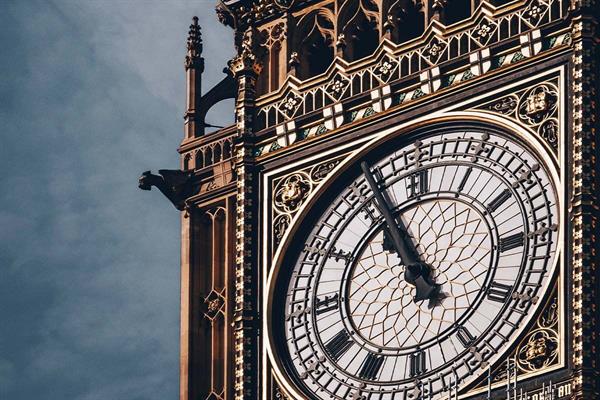 On Wednesday afternoon, for the first time in over 2½ years, we left Waterloo Station, crossed Westminster Bridge and cleared House of Commons security before attending a meeting of the APPG on Brain Tumours (APPGBT) as Brain Tumour Research returned to Westminster.

The briefing document we provided for the APPGBT meeting attending Parliamentarians is here - November 2022: Tumour Treating Fields, Symptom Awareness and Inquiry Update and we were pleased at the turnout which packed the small room just off Westminster Hall where the meeting was held.

All MPs (Derek Thomas, our Chair, Hilary Benn, Virendra Sharma, Greg Smith, Ben Lake and Nadia Whittome), plus representatives from other MP’s offices, were attending because they have become engaged with the APPGBT through their Brain Tumour Research campaigning constituents. Huge thanks to you all for getting your MPs there and for those of you who asked your MPs but they were unable to attend – thank you so much. It does sound odd but even the huge number of apologies for not being able to attend this meeting was encouraging with many containing messages of support and eagerness to attend future meetings.

The next time we will ask you to do this is likely to be February – another chance to ask and another opportunity for your MP to get involved. More details of Wednesday’s meeting will be uploaded to our website as the meeting minutes in the very near future.

The Brain Tumour Research presentation at this meeting suggested that the only way to overcome any barriers to research progress is to ask what those barriers are.

We told attendees that as part of the ongoing APPGBT inquiry in 2022 we read written evidence from 37 scientists and clinicians, we heard from 11 of these brain tumour researchers in oral evidence sessions, we asked charitable funders what they thought and took feedback from the pharmaceutical industry too … and we asked those affected by a brain tumour diagnosis for their thoughts with over 275 responses to our patient survey.

Although not part of the APPGBT inquiry we are now looking for people in Wales with lived experience of brain tumours to respond to our cancer inequalities survey. Our survey will feed into the Welsh Cross-Party Group on Cancer’s Cancer Inequalities Inquiry.

The Welsh Cross-Party Group on Cancer is a parliamentary group that have recently launched an inquiry to:

Your survey responses are crucial to gain a better understanding of how brain tumour patients in Wales are affected.

The survey will take less than 10 minutes to complete and can be accessed at https://forms.office.com/r/wYMK3wx6uR

Due to the way Government funding streams are allocated we believe that the Department for Business, Energy and Industrial Strategy (BEIS) is as important to our cause as the Department of Health and Social Care (DHSC), as, rather than the ‘care’ end they are focused on the ‘cure’ end of the translational pipeline. This is the early stage, discovery science part – it is this part that underpins all clinical innovation

There is certainly a lot going on at BEIS for us to keep an eye on. This week the Government committed nearly half a billion pounds for UK research to cover an EU shortfall. The package will provide much needed immediate investment to researchers, universities and research organisations, and be delivered across the UK. With up to £484 million in research funding to support the R&D sector “these investments will provide targeted support for staff retention and local talent strategies at eligible universities and research organisations, as well as making sure the UK labs remain world class and at the cutting edge of R&D.”

Also this week UK Research and Innovation (UKRI - a non-departmental public body sponsored by BEIS published a public engagement strategy, outlining how they will break down the barriers between research, innovation and society.

From a scheme set up by BEIS and administered by UKRI to protect the careers of young researchers potentially affected by a reduction in research funding as a result of Covid-19 Brain Tumour Research in the last financial year received £326k.

A department of UKRI is the Medical Research Council (MRC) who like Brain Tumour Research are National Cancer Research Institute (NCRI) partners. They fund research at the forefront of science to prevent illness, develop therapies and improve human health. So do we, our focus is just more specific.

As we reported last month, George Freeman, MP for Mid Norfolk, has returned to BEIS as Minister for Science, Technology and Innovation.

Back in April 2016 following a Westminster Hall debate on brain tumour research triggered by our government e-petition, George convened a Task and Finish working group in the Department of Health to look into the matter in greater depth. The resultant report was significantly influential in the 2018 announcement of ring fencing of £40 million in funding to be invested through the National Institute for Health Research (NIHR) over the next five years. George was disappointed when we updated him on the allocation of this money and resolved to see what he could do to improve the situation. He has made clear that he aims to put the UK at the forefront of the brain tumour fight. We look forward to supporting him in that ambition.

Our own investment in university researchers has led to a discovery from our Centre of Excellence at Queen Mary University of London that could improve treatments for patients diagnosed with glioblastoma.

The research team has identified a proportion of glioblastoma tumours which have unique features which could help inform tailored treatment choices for patients.

It is widely known that the diverse nature of GBM tumours, both between patients and within the tumour itself, means that the current one-size-fits-all approach to treatment is not sufficient, resulting in no improvement of patient outcomes in more than 20 years.

The work by Professor Silvia Marino and her team, published in eLife, is an advancement in the understanding of how GBM tumours can differ between patients, the features that are specific to these tumours, and how these features may be exploited to ensure the most appropriate treatment is being offered to the patient.

The newly identified group of GBM tumours appear to share similar developmental characteristics to the unspecialised neural cells that will ultimately go on to become astrocytes (important non-neuronal cells that are responsible for a wide variety of complex and essential functions in the healthy central nervous system). They found that these astrocytic-like tumours had an increased ability to invade surrounding tissue and contained different proportions of immune cells compared to other GBM tumours.

Identifying GBM tumours with these traits could have important implications for patients undergoing treatments which rely on the effectiveness of immune system mechanisms.

Dr James Boot, lead author of the study, said: “From a biological perspective this is a fascinating group of GBM tumours with very unique properties, which we hope could be exploited in the future to improve treatment for patients suffering with GBM which have these properties.”

In 2004 Jane Packer was diagnosed with a glioblastoma. The inspiration for our Member Charity,  The Jane Packer Foundation Jane has been honoured with a blue plaque at her birthplace and childhood home in Essex to celebrate her life and achievements.

Jane, who grew up in Chadwell St Mary, Thurrock, was an internationally acclaimed florist and author who wrote a number of books on the subject and set up Flower Schools around the world. She won a Royal Horticultural Society (RHS) Gold Medal every year between 1993 and 1997.

However, in 2004, Jane began to feel a numbness in her right leg and later came the devastating news that she had been diagnosed with a glioblastoma. She underwent a gruelling course of radiation and chemotherapy and amazingly made a good recovery, allowing her to return to work and live a normal life.

In 2010, Jane suffered a stroke, probably brought on by her radiotherapy treatment six years earlier. The tumour returned too, causing a further stroke in October 2011 from which she never recovered. Jane passed away in November that same year, leaving her husband Gary and two children, Lola and Rebby.

Gary set up The Jane Packer Foundation to help fund research through a partnership with Brain Tumour Research, as well as to support staff at St John’s Hospice, London, where Jane spent the closing chapter of her life.

Unsurprisingly Gary has been a loyal and creative supporter of Wear A Hat Day with Flowers.

Another member charity, set up by the Chair of our Trustees, Wendy Fulcher, in memory of her husband John (another glioblastoma patient), is the Brain Tumour Research Campaign which raises public awareness and funds for research into brain tumours at Imperial College London’s Charing Cross and Hammersmith hospitals. We are very fortunate to have accompanied Wendy to many conferences, but we weren’t at this year’s Society for Neuro-Oncology (SNO) Annual Meeting which concluded this week in Florida,  although the researchers we fund were and they were able to present to a global audience on the application of multispectral / hyperspectral analysis during brain tumour surgery, their work on arginine deprivation for the development of new therapeutic targets, and their plans to develop a novel diagnostic tool for brain tumours.

Although we fund UK based research, our researchers foster international collaborations.

Talking of research, there won’t be a campaigning update next Friday as in an exciting week ahead   we are visiting potential new Brain Tumour Research centres. We will be hearing about promising brain tumour research, how we can support and nurture it and how our new Centre can be a real partner for Brain Tumour Research including what they can bring to our fundraising and of course to our campaigning.

In 2023 I fully expect the Principal Investigator at our new research Centre to explain the significance of the work at their Centre to the APPG on Brain Tumours.

That is how we push forward and that is how we progress as a research funding and campaigning charity. What you do to support that is so sincerely appreciated.