A vaccine update, an Autumn statement and news from Plymouth 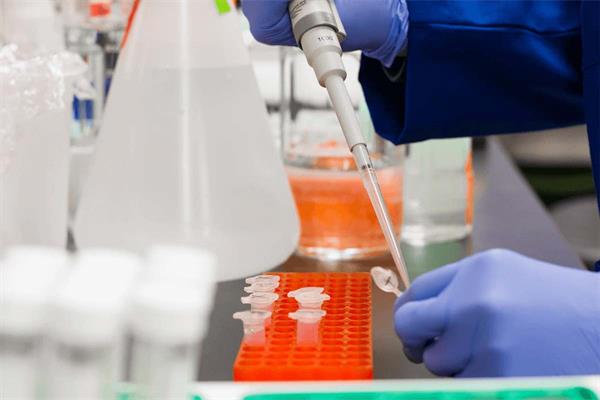 Following being published in the high impact science journal  JAMA Oncology, The Guardian has reported on a global clinical trial which has concluded that the world’s first vaccine to treat glioblastoma can potentially give patients years of extra life.

According to the paper, the breakthrough could benefit the 2,500 people a year in the UK who are diagnosed with glioblastoma who live on average just 12-18 months after diagnosis.

Professor Keyoumars Ashkan, a neurosurgeon at King’s College hospital in London who was the European chief investigator of the trial said: “The final results of this phase three trial … offer fresh hope to patients battling with glioblastoma.”

The vaccine “was shown to prolong life and interestingly so in patients traditionally considered to have poorer prognosis”, such as older people and people for whom surgery was not an option, he added.

If approved by medical regulators, the vaccine, DCVax, would be the first new treatment in 17 years for newly diagnosed glioblastoma patients and the first in 27 years for people in whom it had returned.

The Guardian approached Brain Tumour Research for comment on this news and Dr Karen Noble our Director of Research, Policy and Innovation said:

“Now this vaccine trial data have been peer-reviewed and published in a scientific journal the pathway should be set up for a route to the bedside of more patients who have been starved of new clinical options for too long.

DCVax-L represents the first emerging therapy proven effective in treating GBM since temozolomide chemotherapy in 2005 and what the brain tumour community hopes is for it to be affordable, possibly becoming standard of care - so available on the NHS”.

Our roving campaigner Thomas Brayford, Policy and Public Affairs Officer, was in Cardiff this week meeting with the Deputy Leader of Plaid Cymru and Health and Social Care Spokesperson, Rhun ap Iorwerth MS. The pair discussed the work of the charity and the devastating impact of brain tumours. Rhun was shocked by some of the statistics surrounding brain tumours and we look forward to working with Rhun on holding an event in the Senedd next year and to improve outcomes for brain tumour patients in Wales.

Thomas also met with Colin McGrath SDLP MLA for South Down this week (virtually). Colin was interested in finding out more about our research work and the achievements of our Centres of Excellence, including research which could see AIDS and HIV drugs repurposed to treat brain tumours and how modified therapeutic drugs can pass unheeded through the blood-brain barrier to deliver more effective tumour-inhibiting results. Colin has said that he will write to the relevant minister to advocate for Brain Tumour Research.

Both Rhun and Colin have agreed that the first step at the beginning of their involvement with Brain Tumour Research is to support Wear A Christmas Hat Day on Friday 16th December.

The meeting began with a rundown of the previous year’s major campaigns – one of which was the NeuroLifeNow questionnaire. NeuroLifeNow was launched in January 2021, as a vehicle for change. Between January 2021 and January 2022, over 1,900 respondents told the Alliance about their experiences of accessing treatment, support, and care for their neurological conditions. People affected by neurological conditions said they felt “invisible.” The hope is that the UK Governments, health and care services, the benefits system and society can understand the pain and the unpredictability of their condition, along with the life-changing and life-long impacts.

The findings from the report have contributed to major successes. Insights from NeuroLifeNow have now been shared with more than 450 health and care professionals, NHS managers, commissioners, and providers across the UK. As a result of the report, NHS England and NHS Improvement have prioritised neurology services as part of elected care recovery. In late 2021 the then Prime Minister Boris Johnson confirmed that a UK-wide strategy for Acquired Brain Injury (ABI) and other neurological conditions will be developed, and work has already started on the implementation process.

The AGM also provided an opportunity to network with people from other charities and to discuss promoting inclusion and improving representation in the neurological community. Health inequalities are a topic on everyone’s lips too and how to overcome barriers to health research participation and to embed research in clinical practice in particular.

On Thursday, we learnt more about the Government’s short-term spending plans. In the Autumn Statement, the Chancellor Jeremy Hunt outlined his three priorities: stability, growth, and public services. For the NHS, the Government will publish an independently verified workforce plan, increase health revenue by £3.3 billion in cash terms over the next two years, increase spending in social care by £2.8 billion next year and £4.7 billion the year after. In return for the extra funding, the Government is expecting the NHS to make further efficiencies. Mr Hunt said he wanted to create a health system that had “Scandinavian quality with Singaporean efficiency.” In the next few weeks, we hope to see what this means for cancer services specifically as currently cancer patients are facing some of the longest waits on record for diagnosis and treatment. An announcement of additional funding for day-to-day services is therefore welcome.

Before the statement Brain Tumour Research joined the Royal College of Physicians and over 100 other charities in signing a letter sent to Mr Hunt. As Dr Sarah Clarke, president of the  Royal College of Physicians wrote it addressed the issue that ‘Workforce shortages are not a new problem and a failure to act has allowed them to worsen. The long-term workforce plan must include numbers of how many staff are needed to meet patient demand now and in future.’ We were therefore delighted to hear from Mr Hunt that he intends “…ensuring the NHS has the workforce it needs for the future, including publishing a comprehensive workforce plan next year. This will include independently-verified forecasts for the number of doctors, nurses and other professionals that will be needed in 5, 10 and 15 years’ time, taking full account of improvements in retention and productivity”.

In other related news an NHS England deal means that patients diagnosed with an aggressive type of breast cancer will be offered a potentially life-saving drug.

This is excellent news which has been made possible thanks to years of investment in breast cancer research which means that patients’ tumours can be characterised, and treatment personalised accordingly. There are more than 120 different types of brain tumours and not only can the tumour type vary between each patient, but even those diagnosed with the same type of tumour may have differing molecular characteristics. Researchers at our Centres of Excellence are working to identify multiple mutations in different types of brain tumours, and then identify drugs that can influence them. Since records began in 2002, more than £782 million has been invested in breast cancer research, whereas only £128 million was spent on brain tumour research. That is a difference of nearly £35 million a year over 19 years. It’s unsurprising that the 10-year survival for breast cancer (76%) is significantly higher than for those patients with brain tumours, 12% over five years. We are campaigning for parity of funding so that future brain tumour patients will have access to more personalised treatments, as is the case for patients with other forms of cancer, because this is the route to better options and outcomes.

Returning to the Autumn Statement the Chancellor recommitted to spending £20 billion a year on R&D by 2024/25, after much speculation that it was at risk. Mr Hunt remained positive about science, research and innovation, stating: “Cutting the R&D budget would be a profound mistake” and that the UK must “remain a science superpower.” We await figures from the Office of National Statistics as to whether the Government remains on track to achieve its goal of spending 2.4% of GDP on R&D. We’d like to see even more ambition in this area, as we continue to trail the likes of Israel, Korea, Japan, Germany and the United States. Moreover, the 2.4% target is still below the 2019 Organisation for Economic Co-operation and Development (OECD) average.

We will continue to follow developments in Research and Development. The announcement does, however, provide some reassurance that the Government understands the vital role it plays. We are particularly grateful to Minister George Freeman, a 15-year veteran across the life sciences sector and a friend of Brain Tumour Research, for making the case for continued R&D funding, arguing for growth that is based on science, research and innovation.

It is Brain Tumour Research’s funding of science, research and innovation that means we can end this week’s update with news from our team at the Brain Tumour Research Centre of Excellence at the University of Plymouth which has taken an exciting step forward in its work on neurofibromatosis type II (NF2).

A paper from Professor David Parkinson and his team, published in the journal Brain, is progress in the development of a non-surgical treatment for NF2 patients who have developed schwannoma tumours, also known as acoustic neuroma.

There are no approved chemotherapies for these tumours and the surgical removal of the tumours carries a high risk of damage to surrounding nervous tissue. New treatments for schwannoma and other NF2-related tumours such as meningioma are urgently required.

Prof Parkinson said: “For patients with NF2, who often have both meningioma and schwannoma tumours in their nervous system, the prospect of a single drug that could treat both tumour types is clearly an exciting prospect.”

We began this week’s update with “fresh hope” we end with “an exciting project.” With all that has happened it has felt like an optimistic week for us as campaigners but I know that for many of you there have been recent anniversaries that have brought immense sadness and we hold you in our hearts as we strive to be the best we can be for brain tumour patients and their families.