The impact of a parent’s story 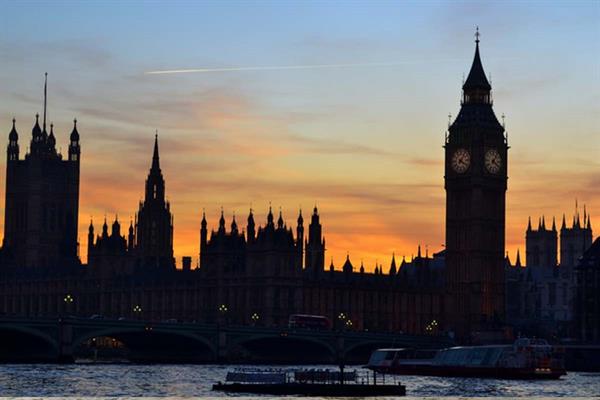 We’d like to pass on huge thanks to those of you who have made contact with your MPs in the past couple of weeks requesting that they join the meeting of the All-Party Parliamentary Group on Brain Tumours (APPGBT) taking place at Westminster on the 23rd November. As you have kindly Cc’d me into these emails, I have been able to see the messages you have sent detailing the reasons why you are campaigners for Brain Tumour Research.

They are powerful, humbling and they are motivational. Sharon Priestley emailed her MP and explained about the death of her son Samuel. It was such a moving email and we got in touch with Sharon who told us:

“After three years and eight months of punishing, intense operations and treatments our son Samuel passed away in February 2022, aged 18. When it comes to research funding and taking us closer to finding a cure for this disease that has devastated our family none of us should assume that someone further up the chain has got this all sorted, we all need to add our voice to the campaign so that as a community we can be heard and move brain tumour research higher up the agenda. That was my motivation for asking my MP to attend the APPGBT. Samuel didn’t get his chance to vote and have his opinion and voice heard, so now we speak on his behalf.”

Many of you will remember the story of George ‘Gorgeous George’ Fox. After being diagnosed with a glioblastoma multiforme (GBM), George underwent multiple brain surgeries, chemotherapy and radiotherapy. He died, aged 13, in April. George’s family have become passionate campaigners for Brain Tumour Research.

“It is so very important to us that George’s short life wasn’t in vain. We learnt more from George in the last 11 months of his life than we had in our entire lifetime and will make sure we keep his name alive. We will remember his young life by continuing to fight the battle against the cruelty of brain tumours and glioblastoma. We don’t want this heartbreak for one other parent, and although we know this will happen, we will continue to campaign until a cure is found.

George was brave and inspiring and believed in trying to make a difference for others and so do we. He always put others before himself and so we know that our efforts to grow the campaigning community is what he would want. Sometimes it feels too painful to revisit his journey and to share his story again, it drains us of energy but we cannot fail him.

If the answer to the research funding problem lies within Government, then we must campaign for change and to do so we lobby our MPs and ask them to attend the APPGBT and we also use our own platforms like Facebook, including ones set up to fundraise for George’s treatment, to ask others to do the same.

If our MP can’t attend maybe the MPs of friends and relatives of George’s from all over the UK can attend. We won’t know if we don’t ask them.

We campaign, we fundraise too and we talk on the media. We are Brain Tumour Research ambassadors. We are activists in a world that we never wanted to be a part of because it is what George would have wanted. Through the horror of never seeing our son grow into a man there is some optimism that we can, will, and will never stop trying to make a difference for future young brain tumour patients. It is some comfort to know that he is there encouraging us, supporting us and still putting others first.”

Family and many, many friends and supporters of George and his family have been in touch with their MPs reaching out to new Parliamentarians and for every email you send I follow up with one from Brain Tumour Research.

Of course, as well as the APPG we engage, through you, with MPs in their constituencies to see what they can do to increase the research spend on brain tumours, to make sure we plan for a fertile research landscape where this funding can be put to use and to identify and remove any barriers on the pathway to a cure. This could be by MPs writing letters to relevant ministers or asking questions of Government. One of our long-standing activists Penny Church has been working with us to get a meeting in the diary with her influential and supportive MP. She said:

“As we approach another desperate milestone, the 7th anniversary of our son Fin’s passing (who was only 11 years old), it is this inertia and the sense that nothing is really changing for brain tumour patients that we find so disappointing.  We have raised £160,000 since 2015 to support the work of Brain Tumour Research but there have been numerous other cases and sadly deaths in our constituency during this time.

I’m sure that given the opportunity to sit down with our MP for 30 minutes we will come up with some ideas that will help political will and the passion of the brain tumour community actually deliver something that will take us further down the pathway to a cure.

It is too late for Fin, but it breaks our hearts to see other families going through the same journey with no new hope on the horizon.

Fundraising and campaigning for Brain Tumour Research became an integral part of our lives when Fin was diagnosed with his GBM in 2014. It gave us all a positive focus - a healthy distraction - and made us feel we were part of trying to instigate change for Fin and others. Since he passed away we have felt it part of his legacy to continue trying to improve outcomes for others facing this devastating disease. It’s what he would have wanted.”

The approach of this 7th Anniversary has been given further cause for reflection and sadness as Penny explains:

“We bought our Spanish Water Dog, Rico, when Fin was first starting treatment - he had always wanted a dog and how could we deny our gorgeous boy anything?! Rico was a retired stud dog so he was already 7 and he has brought so much joy to our family over the last 8 years. We never expected to have him to the age of 15 - it’s almost like he has stayed with us so long to support the grieving process. He joined Fin in heaven last weekend and we are taking comfort from the fact they are reunited. We are very sad and pretty lost without him right now but so grateful to have had his furry love during the last 7 years trying to cope without our beautiful son.”

Pets can play a huge part in the lives of families and their passing brings such sadness. It was only in July when we noted the loss of Jack the handsome black Labrador who came into the life of trainee RAF pilot Stephen Realf 14 years ago. Jack was Stephen’s pride and joy and just two weeks after welcoming his canine companion into the family home, Stephen was diagnosed with a terminal brain tumour. He was just 19.

Jack was there throughout until Stephen passed away in August 2014, aged just 26.

As we wrote in July: RIP Jack, faithful friend

It is so important that, as part of our campaigning, you share your stories with us. If you choose to do so you’ll be working with our experienced and compassionate PR team. We asked one of the team, Laura Smith who many of you will know, about working with families of brain tumour patients and she told us:

“The stories of those affected by a brain tumour can be shattering, detailing anguish and grief on an almost unimaginable scale. It’s a privilege to have such intimate stories shared with me, so that I can share them with our community and a wider audience who may not know about this devastating disease. What is so humbling though, is that, beyond the loss and despair, bereaved parents are motivated to make a difference for future paediatric brain tumour patients, in the hope the horror that visited them isn’t repeated for years to come. I know there are no rulebooks on how to deal with grief and every story is different, but the one constant theme is the desire to improve the current situation. I find that fellow feeling, that extraordinary altruism, that sense of pushing to improve a situation that failed them for future children, profoundly inspirational, both professionally and personally.”

One story Laura worked on was with Jude and his mum Katie. It was told for the cameras of ITV Anglia (click hear to watch that news package) this week and was used to help launch our 'The One Million Keepy Uppy Challenge'  It was also posted on our new Tik Tok platform – if that is a platform you use please do follow Brain Tumour Research.

Pieces like the one transmitted all go to keeping Brain Tumour Research in the headlines.

As part of our work, we must strive for kinder paediatric treatments with reduced toxicity.

This pipeline must be developed so that when the money is available the plan is there and the human resource and infrastructure is in place.

This is the route toward longer and better-quality survival and the return of young brain tumour patients, post treatment, to a world where they can fulfil their potential.

That would benefit the patient, their family and society.

We believe the Government and the biggest cancer research funding charities do want to fund projects, programmes and research into paediatric brain tumours.

We need to understand any blockages and barriers to that happening.