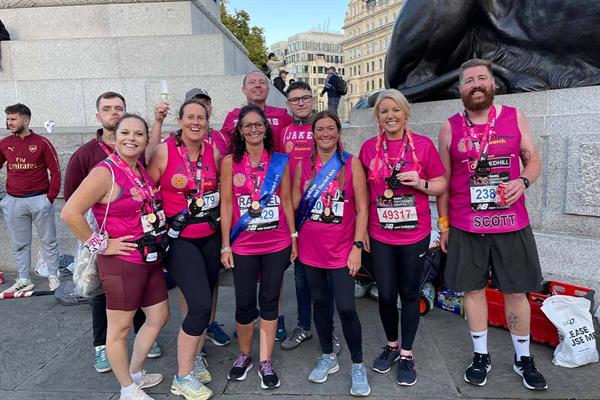 A fabulous field of runners raised a total of £335,065 for Brain Tumour Research by taking part in the TCS London Marathon 2022.

On Sunday 2nd October, our brilliant team members pulled on their charity tops, donned their bibs and completed the 26.2-mile feat.

The total collected will fund the equivalent of 122 days of research at one of our Centres of Excellence.

We are so thankful for every incredible person who got involved on behalf of Brain Tumour Research, and all of those who donated to the cause.

Some took up the challenge in the wake of crippling grief, while others were motivated by unwavering hope. 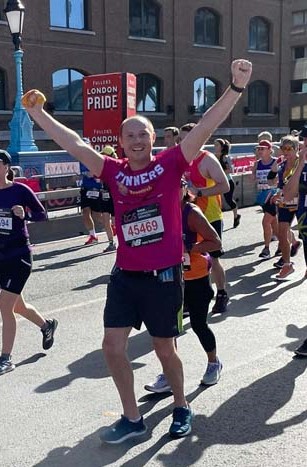 The participants included Mark Tindale, from Bury, Greater Manchester. The 44-year-old was inspired to run after his son Jake, 17, was diagnosed with an astrocytoma brain tumour.

After a seven-hour operation to remove the tumour Jake’s follow-up MRI scan came back clear, as did his first yearly scan in August. 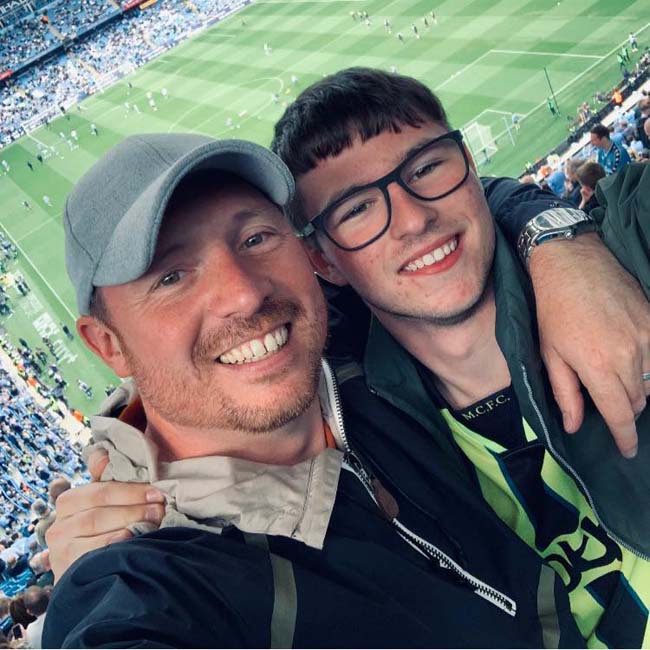 However, Kerrie Lawrence has experienced more than her fair share of loss because of brain tumours. In 14 months four of her friends died from the disease, including 25-year-old Ria Melvin.

The fitness manager from Ilford, East London, was determined to run the marathon for the cause and said it was an “emotional” but “amazing” experience. 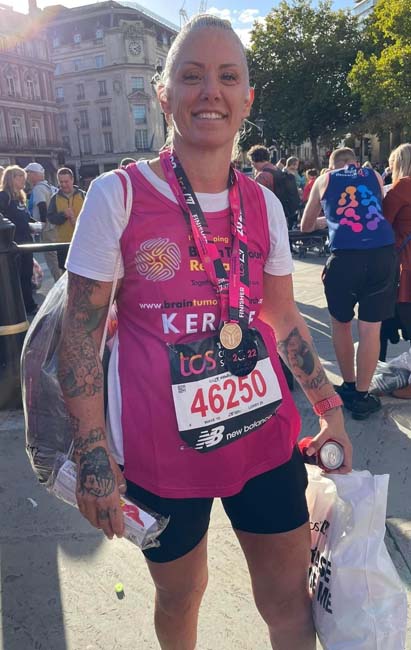 Nicki Hopkins, from Lincolnshire, has become a vehement campaigner for the charity after her husband Dave (or Did as she called him) died in November 2021.

She made him a promise to run the marathon in his name and was even better than her word. The marathon was just one of a host of fundraising enterprises she has been a part of since setting up a Fundraising Group (Team Hopkins - Winning for Did), together with other family members. 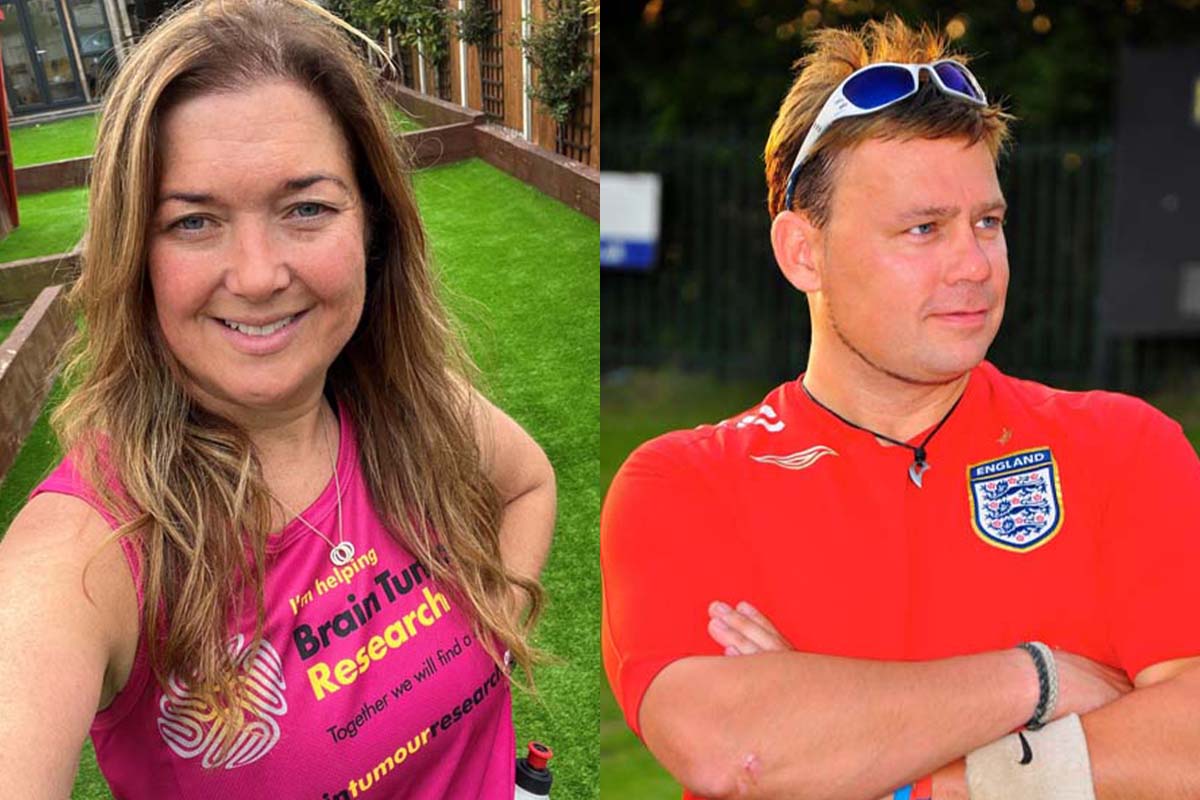 Sophie Shepherd from Olney, Buckinghamshire, is another who has huge cause to be proud of her fundraising total. Together with three former colleagues she raised a whopping £21,000 during the marathon. 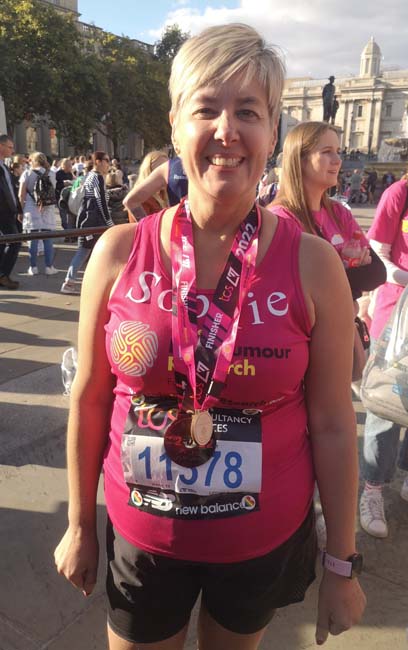 For consultant neurosurgeon Jane Halliday, it was her patients who inspired her marathon participation. The 37-year-old works at the John Radcliffe Hospital in Oxford and signed up after talking to patient Nick Thomas. Nick completed a previous marathon, after being diagnosed with a brain tumour in 2014.

But Nick is not stopping there, his running-based fundraising continues this weekend by taking part in the Oxford Half Marathon for Brain Tumour Research. 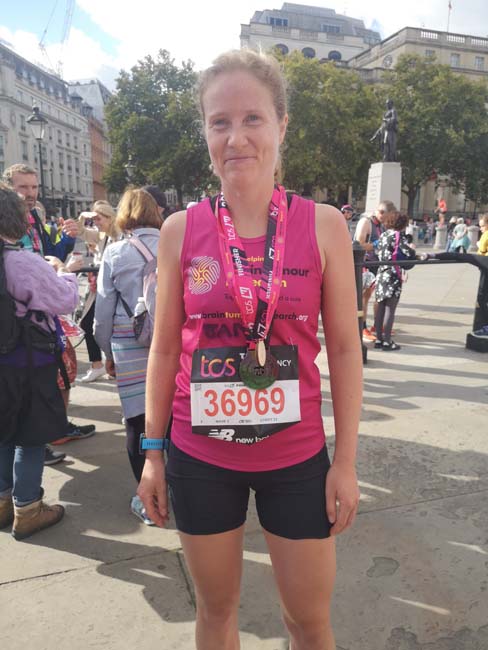 Carol Robertson, National Events Manager said: “Every year we have the most incredible and inspirational people who choose to run the London Marathon for Brain Tumour Research and 2022 was no exception.

“Many of our team signed up for this event in 2019 only to learn that the event would be cancelled due to COVID-19 in 2020, so it has been a long time coming.  These runners were joined by a new set of team members, many who have recently had an experience with the disease that inspired them to push their bodies to the limit.

“Being able to be with them and share the whole experience as they finished in Trafalgar Square is an honour and privilege; after all the training they put their bodies though, their phenomenal fundraising and finally running 26.2 miles on marathon day makes me very proud to be part of this wonderful charity.”

Want to get involved next year?

There are two ways to join the marathon effort for 2023.

The ballot will be announced during the week commencing 17th October. If you are lucky enough to be selected, please join our team, and run for us.

If not, we have a limited number of charity places and you can find out more and apply on our website.