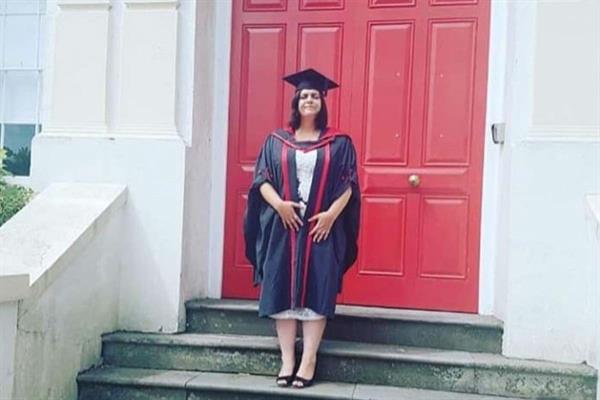 Bethan says she “owes her life” to the mental health nurse who encouraged her to push to have her symptoms investigated further. On World Mental Health Day, she shares a poignant insight into the challenges she faced as a result of her brain tumour and her mental health.

In November 2011 I was diagnosed with a brain tumour. My diagnosis came after I pushed for a CT scan having been told by my mental health nurse that, in his opinion, I needed to have a scan of my brain, as I didn't belong in a mental health facility.

I certainly felt there was an underlying issue after my second pregnancy with Hollie. I had frequent panic attacks, dizziness, fatigue, insomnia, ringing in my ears and sickness. Prior to the section, I was in a crisis house for one night, and the next day after a meeting with the North Cardiff Mental Health Team I was sectioned. I left the mental health facility to get something to eat and was advised I had absconded.

I would not accept medication for a long time, and was monitored whilst sectioned. I would spit the medication out in the toilets because I felt it was sedating me and I was unable to think clearly. At this point I really felt that I had given up. I wouldn't even use the facilities; I would go to my mother’s house to shower. I’m ashamed to admit that I had been suicidal for two years following the birth of my youngest daughter, and was on suicide watch every ten minutes.

The most devastating part was being separated from my children, Hollie, then two, and Darcie who was seven. I would cry myself to sleep and thought of escaping many times. 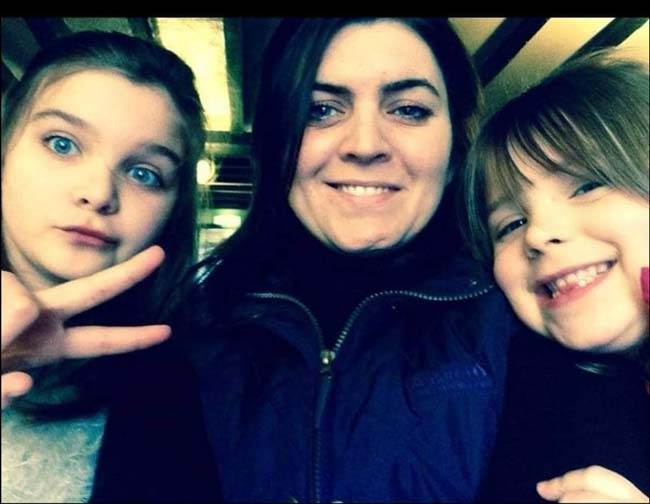 The day I was discharged from the hospital, on the first occasion where I was sectioned, a mental health nurse recommended a brain scan, and at my next appointment with a psychiatrist I told her about this. I was sent to the University Hospital of Wales for a CT scan. Shortly after, I received the news that I had a shadow on the brain whilst at a meeting at the mental health clinic.

There was some relief as getting my diagnosis had been a long process. Deep down I knew something was underlying. I just did not know what it was. The doctors had put everything down to chronic depression and sent me away with antidepressants several times.  I was frightened at the diagnosis as I didn’t know what was going to happen next, but I knew I had to undergo surgery as the tumour was large. I was referred to a neurosurgeon.

My surgery was scheduled for April 2012. I underwent a 12 to 13-hour operation to remove the tumour, which was an acoustic neuroma. I waited until morning for confirmation that the tumour was low-grade. This was a complete relief after everything I had been through. I now wanted to concentrate on my recovery and I experienced severe pain, balance issues, facial paralysis and lumbar punctures post-surgery to drain fluid from the brain. 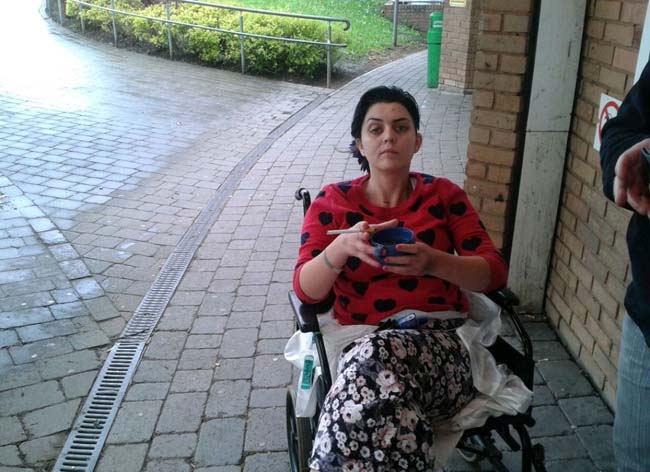 In September 2012, I enrolled in a college to study law and at that point wouldn't have believed that I would have continued onto the bar 10 years later. It certainly gave me a focus away from the devastation and torment I felt from undergoing a section and having the surgery. Of course, I experienced cruel comments whilst I was poorly and this had a knock-on effect on my mental health. After years of struggling with my mental health, I recently had a diagnosis of bipolar disorder.

I wanted to share my story to raise awareness of brain tumours and mental health, and the effect they can have on people and how it affected me. I would recommend that if you're experiencing symptoms to get checked out through a CT or MRI scan. I believe that CT should be routine especially with behavioural changes such as mine, and that I should have had one prior to the section. I have routine MRI scans every year and so far, I have had the all clear every year.

It's hard to believe that the tumour was not recognised with earlier symptoms. This had a huge impact on myself and my two daughters. As I had to disappear for periods of time throughout their childhood to recover, and when I was home, I was struggling with my mental health.

I'm extremely focused on my career at the moment and dedicated to a career at the bar, which hasn't been easy, or straight forward. For now, I want to concentrate on the bar training course and exams in 2023. Following this I shall be undertaking my masters in law at University of the West of England. However, my main focus has always been my children.

To anyone struggling with their mental health my advice would be to seek support from a professional in that field, as GPs failed to give me a diagnosis.

Do not give up, continue on your path, and with the right support network in place and a professional plan you can get better.