Breakthrough is the word of my twelfth year 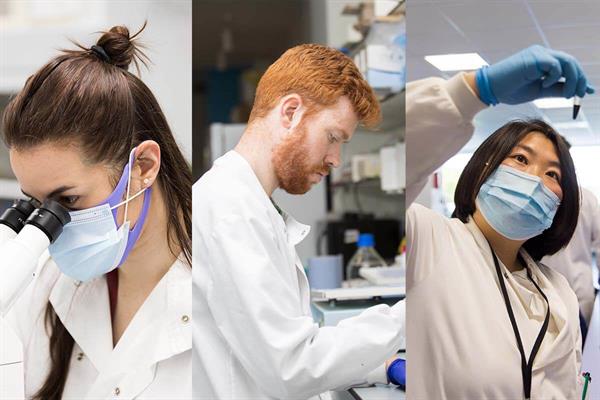 Thomas Brayford, our Policy and Public Affairs Officer, has been at the Labour Party Conference in Liverpool this week. Armed with a briefing document setting out our key lobbying asks he has been enlisting the support of MPs and seeking assurances that they will continue to engage with us and our campaign for change.

Shadow Minister for Disability Vicky Foxcroft was happy to read a fact sheet from us and agreed to a meeting with Thomas once the conference was over. Thomas met Vicky at a fringe event – ‘Disabled Britain: Doing it for Ourselves’ where he also spoke with disability advocates about a recent opinion piece in The Guardian by Dominic Santangelo.

Dominic is the father of two children with a brain cancer diagnosis. What is rarely talked about is the incompatibilities of a childhood cancer, such as a brain tumour, with normal everyday life; parents can lose the ability to work, family income is lost, so much time is spent accessing treatments, relationships dissolve, careers end and mental health is impacted. These are real issues that politicians and policy makers must be prepared to tackle.

Thomas also met with Karin Smyth MP who is currently standing in for Liz Kendall as Shadow Minister for Social Care. The pair discussed Research and Development (R & D) and Karin said that this country really needs to focus on life sciences to retain its lead in the field. R & D, according to the Shadow Minister, is “a huge driver of the economy and it is crucial to have an understanding about disease and disease impact.”

We completely agree and look forward to talking more with Karin, and Vicki, when politicians return to Westminster.

It was reported in The Guardian this week that 400 people in UK are diagnosed with preventable cancer every day and that “over the years, research has estimated that around 40% of cancers are associated with modifiable risk factors.” If around 60% of cancers aren’t associated with modifiable risk factors then the focus needs to be at least equally with them and that has to inform Government strategy. Yes educate, yes encourage but don’t let that take the place of a strategy that grows the life sciences and develops the scientific research that leads to clinical innovation. We note with disappointment that a dedicated science minister has still yet to be appointed.

Tomorrow (Saturday) marks my anniversary – I will have worked for Brain Tumour Research for exactly twelve years. For the past two years I have marked this anniversary with some personal thoughts as part of this update content.

You can read them here:

After 10 years at Brain Tumour Research, a personal blog by our Head of Stakeholder Relations Hugh Adams (2020)

Everything still rings true, and I wouldn’t change a word but what has changed for our cause in the past year?

For a start, this update is reaching over 30% more people than it did one year ago and we now have campaigner representation in 519 of the 650 UK constituencies.

We have been able to introduce new members to share our vision and strengthen the Brain Tumour Research team (more about that next week).

In March the Secretary of State for Health at the time, tweeted a video wearing a hat and supporting our awareness raising campaign. We could hardly dared dream of such high-profile political support back in 2010

The All-Party Parliamentary Group on Brain Tumours inquiry, ‘Pathway to a Cure – breaking down the barriers’ has held six oral evidence sessions this year involving over 20 witnesses plus we have compiled a mountain of written evidence with a patient survey to follow (again more on that next week), The inquiry report will be delivered early in 2023.

This year we announced a call for new Centre of Excellence to build on our portfolio – what an extraordinary achievement at the end of two tumultuous years and a fitting legacy to the work of fundraisers, campaigners, activists and all of us wanting a change for brain tumour patients.

In my twelfth year we launched an initiative called the Brain Tumour Research Novel Therapeutics Accelerator (N-TAB), in partnership with the Tessa Jowell Brain Cancer Mission (TJBCM) and a further collaboration came when we were  delighted to announce our funding of Member Charity brainstrust’s  Patient Research Involvement Movement (PRIME) which is focused on ensuring clinical research projects are aligned with the needs of patients.

Most importantly this year though we were able to begin research news updates with news of a ‘breakthrough’ paper from each of our centres. We haven’t been able to do something like this before and for me it is nothing short of thrilling.

The word is the same, but the research is different – the pieces are coming together – we are getting closer to a cure. The centre model works, we are building sustainable foundations and are showing the progress that attracts more money into the arena. Our challenge now is to move this research along the translational pipeline toward clinical trials – to move from the scientist’s bench to the patient’s bedside. This is where novel approaches and Government funding must dovetail in the next year and my heartfelt belief is that it is our campaigning work and the work of the APPGBT that will deliver this and that this will be the great news we are reflecting on in my update as I begin year fourteen at Brain Tumour Research in October 2023.

It remains an honour to work amongst you. At Brain Tumour Research we have shared your frustration at the lack of funding, the lack of options and the despair a brain tumour diagnosis brings. It is time to dream of better for UK patients; access to trials, no more having to self-fund treatments abroad, parity of research funding – a ‘Pathway to a Cure.’

I’m looking forward to another year at Brain Tumour Research with huge excitement and optimism but there will always be the sadness and poignancy as we look back on the past year and see Amani and George, Gordon and Grace, Susie, Phoebe, Jay, Did and Tom. We need no more inspiration than them, and too many others, to be the best we can going forward

Thank you for what you have done, you are doing and what you will do in the future.