The Queen, Amani and Gordon Shaw 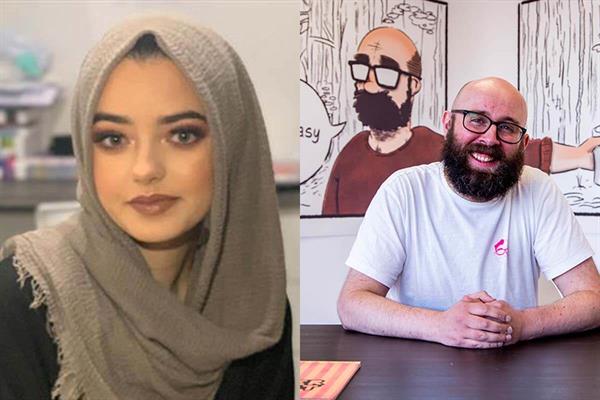 At this time of national mourning we wanted to recognise the nation’s loss to begin this week’s update and so this is our tribute to Her Majesty The Queen. In other Latest News posts this week brain tumour patient, Steve Blake remembers the time he proposed to his now wife during a royal garden party and Penny and Wayne Church of Alvechurch in Birmingham, who have raised more than £181,000 for Brain Tumour Research after the death of their son, Fin Church, share memories of meeting The Queen.

Brain Tumour Research is backing The Neurological Alliance’s 1 in 6 campaign, calling on governments across the UK to prioritise services for people living with or affected by neurological conditions.

The Neurological Alliance recently conducted a national survey to gain an understanding of the care, treatment, and support experienced by people with neurological conditions. This year, more than 8,500 people shared their experiences, including people with brain tumours. And for the first time, the survey ran across all four nations of the UK.

The report highlights the challenges faced getting the right information at diagnosis, the right support for mental health and wellbeing, and receiving timely specialist support. In some instances, opportunities “to slow or stop progression of a condition, to avoid harm to themselves or others and to maintain financial wellbeing are being missed – and with catastrophic consequences.”

As a member of The Neurological Alliance, we are urging the UK governments to prioritise services for people with neurological conditions and establish a Neuro Taskforce. Governments across the UK must increase levels of investment in research into the causes, impacts and possible cures of neurological conditions and set out plans to level up investment in areas, such as brain tumour research, which do not receive a fair share currently. Urgent change is needed now, and only this will help to tip the scales to improve clinical outcomes for brain tumour patients.

Brain tumour patient and campaigner  Amani Liaquat was remembered this week when her family visited the Brain Tumour Research  Centre of Excellence at Queen Mary University of London.

Amani, who died in February, aged 23, after a 22 month battle with glioblastoma (GBM), was an integral part our #BrainTumourPetition and  Stop the Devastation campaigns and undertook numerous fundraising activities on our behalf, including setting up the  Fight4Hope Fundraising Group and organising Luton’s first ever  Walk of Hope.

The family toured the labs led by principal investigator Professor Silvia Marino and spoke to scientists about their work to find a cure for brain tumours, before laying 32 tiles on the Wall of Hope, each one representing the £2,740 it costs to fund a day of research at the centre.

They also presented a cheque for £40,000 to the charity, which they generously donated from the remaining crowdfunding donations not used for Amani’s treatment in the hope of helping others.

Yasmin said: “Visiting the centre was a great pleasure. It was informative to have a tour of the laboratory and heart-warming to meet some of the scientists who were bursting with enthusiasm and passion for finding a cure for GBM.

“It was difficult as a family to reflect on how any new scientific advances are already too late for our Amani. However, we are encouraged and hopeful that one day this team of scientists could discover a cure for GBM so families won't have to suffer like ours.

A comic book artist who used his experiences of having a brain tumour to create a series of comic books to help others has died.

Gordon Shaw, 42, from Edinburgh, was diagnosed with a low-grade brain tumour at the age of 32, but in December 2021, his tumour progressed to a glioblastoma (GBM) and he was given just months to live.

He died on Sunday 11 September 2022 with his partner, Shawn Puller, by his side.

Gordon’s brother, Craig Shaw, wrote: “I can't put into words how much we all loved him, he was an incredible young man who not only fought this horrible disease for ten years but went out his way to help others along that journey. To say I'm proud of him really doesn't seem enough.”

After his diagnosis, Gordon published five comic books including Bittersweet in which Gordon opened up about his own experience with cancer. His story was the focus of a BBC film Long Live My Happy Head which premiered at the BFI Flare Festival and was shown in cinemas across the UK.

This is a link to a Much Loved page dedicated to the memory of Gordon Shaw where you are invited to donate to Brain Tumour Research or to Maggie's, a charity providing free cancer support and information in centres across the UK.

A Norfolk brain tumour patient and great friend to Brain Tumour Research has received one of the last letters from Her Majesty the Queen.

Kerri Parker, of Norwich, attended a Platinum Jubilee Garden Party at Buckingham Palace in July and wrote to thank Queen Elizabeth II for the ‘wonderful day’ she had had and to recognise the charitable efforts of two of her friends, Damian Todd, a former Royal Marines commando colour sergeant, and Toby Priestley, a former RAF flight sergeant, who accompanied her to the party.

The letter had the postmark of 5th September, just three days before the death of Britain’s longest-living and longest-reigning monarch.

Kerri, who plans to get the letter framed, said: “I was sad that she had died without seeing my thank you letter for attending her Platinum Jubilee Garden Party as it was the highlight of a very tough time for me, and then I received her letter. I was scared to open it when I saw the royal seal!”

She added: “It’s such a wonderful tribute and must have been one of her last letters. It’s a little bit of history, something I’ll treasure that broke my heart a little.

“I was beaming with pride for my friends, as well as myself, because I knew how happy they would be about being mentioned alongside Brain Tumour Research, which is a charity I’ve raised funds and awareness for since being diagnosed with a brain tumour.”

Kerri, who has raised more than £16,000 for us and campaigned for a greater investment in brain tumour research, was diagnosed with a grade two mixed glioma consisting of oligodendroglioma and astrocytoma in 2013 and is currently undergoing chemotherapy following regrowth of her tumour last year.

It’s been a relatively quiet week in the world of policy, following the death of Her Majesty the Queen. As the new PM settles in however the critical position of Minister for Science, Research and Innovation at BEIS remains unfilled.

Last Thursday, there was an interesting debate in the House of Lords regarding the UK’s participation in the Horizon Europe research programme.

In the debate, Viscount Stansgate criticised the absence of a Minister for Science during the summer and the damaging impact it has had. He added that the uncertainty of the situation, with Horizon Europe, “runs the very real risk of a brain drain.”

Lord Callanan, the Parliamentary Under Secretary of State at the Department for Business, Energy and Industrial Strategy, stated that the Government “remains open to associate with the Horizon Europe programme at the earliest opportunity.”

Last week we join international clinicians and researchers in central London attending the Cancer Research UK Brain Tumour Conference which explored how advances in our understanding of neurobiology – from stem cells and developmental origins, to synaptogenesis, neuro-immunology and the tumour microenvironment – are generating opportunities to better stratify patients and develop more targeted, less toxic treatments.

Also attending were Professors Silvia Marino and Oliver Hanemann from our Queen Mary University of London and University of Plymouth research Centres plus Dr Nel Syed and members of her team from our Imperial College London Centre.

Dr Karen Noble, our Director of Research, Policy and Innovation said: “This has been an opportunity to engage in lively and thought-provoking discussions, to expand our network, and to spark new ideas and collaborations. I was particularly pleased to see the poster presentations from our research centres at this conference, it is an exciting time for UK brain tumour research as we prepare for the announcement of a new Brain Tumour Research Centre of Excellence later this year.”

Finally this week why not make the most of the Autumn weather and join us for our national Walk of Hope which is taking place on Saturday 24th September. This year, we want to make it our biggest Walk of Hope yet and we need your help. We’re hosting official Brain Tumour Research walks in  Hamilton,  Leicester,   Leeds,  Luton ( as mentioned earlier in the update),   New Forest,   Oxfordshire,  Pershore,  Stockport, and   Stoke Hammond.

You can join these or take part in your own walk – the main thing is that it’s time to step forward towards a cure, together