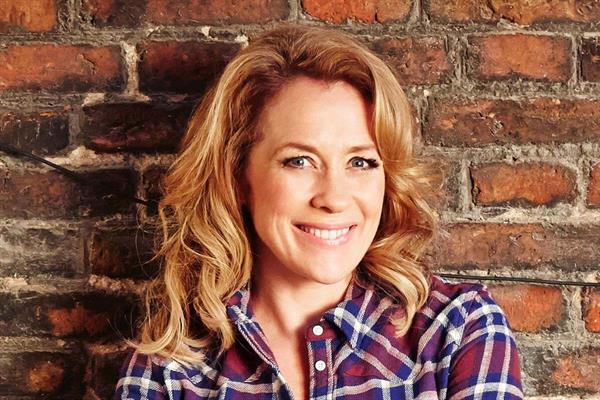 Renowned property expert, businesswoman, TV presenter and writer Sarah Beeny, a supporter of Brain Tumour Research since 2013, has announced in  The Telegraph that she has a breast cancer diagnosis.

Last Friday, she began a course of chemotherapy; she will have a mastectomy in the New Year, followed by radiotherapy.

Sarah’s mother had breast cancer which spread to her brain, and she died aged 39, when Sarah was 10. This has led to Sarah working closely with us for nearly a decade during which time she has attended events virtually and in person and she has been a consistent promoter of our Wear A Hat Day campaign.

In June, she told us “Brain Tumour Research is a cause that is personal to me but more than that the charity has become important to me as I've watched them grow and their impact increase … as I approach a decade of supporting Brain Tumour Research I do so with a sense of pride at what our charity is doing and optimism for what we can achieve together going forward.”

Sarah has shown us kindness, compassion and loyalty and is hugely popular with supporters who have met her. We send fondest best wishes to her and to her family as she embarks on her treatment regimen but as she told The Telegraph “…because people like my mother died, they did loads of research which means we’re now in a position where I won’t die. She died to make sure that I won’t die. So, I’m going to live for both of us.”

The reaction to our Facebook post about Sarah’s diagnosis shows what a popular figure she is in our community and how much love and support there is out there for her.

Brain Tumour Research is encouraging women who missed out on breast screening due to the pandemic to come forward and book a mammogram.

Dawn Butler, the MP for Brent Central in London, has launched the Million Missing Mammograms campaign after her own diagnosis earlier this summer. There is growing concern that there could be some 10,000 women currently living with undetected breast cancer.

The Labour MP is currently on leave. She underwent surgery having received her diagnosis during a routine check-up in November. She told the BBC: “A mammogram saved my life. Without a mammogram my cancer wouldn’t have been discovered.”

Now her #FindTheMillion campaign, launched in conjunction with the Metro newspaper, aims to reach women who, like her, may have no symptoms and whose cancer could be detected through routine screening which was interrupted during COVID-19.

Ms Butler, 52, whose mum and sister both survived breast cancer, initially shared diagnosis with only her partner and sister-in-law. She said she had felt extremely anxious at the notion of telling other people.

According to the charity Breast Cancer Now, more than 80% of breast cancers occur in women over 50 and the risk continues to increase with age.

The MP added: “There’ll be women who will die if their breast cancer is not discovered, and needlessly so.”

Please click here to find a three-part tweet from Dawn about her story which includes a link to an interview with The Metro newspaper as well as to a BBC documentary and to Dawn’s own website. Please retweet to support the campaign.

All of us at Brain Tumour Research would like to extend our sincerest best wishes to Dawn.

Before it overcame him in 2018, writer and journalist Pat Long attacked his brain tumour with a forensic, almost professional curiosity. We met Pat when he visited our Research Centre at Queen Mary University of London. Pat wanted to meet and talk with Professor Silvia Marino, whose life’s work has been researching the tumour type that was slowly, and then terrifyingly quickly, taking Pat away from his wife and soul mate Kat Lister.

Last year Kat published her extraordinary book, ‘The Elements – A Widowhood’ and 1st September saw the paperback release of a book that is a story of love, pain, hope and, ultimately, transformation.

Before the book’s initial release, we spoke with Kat who said: “Speaking about the viscerality of grief shouldn’t feel like a radical act just because I am younger than most. Although my story is an unconventional narrative, its function here is to say something universal about loss, love, identity and evolution. Themes every reader, regardless of experience, can relate to.”

This book glides between academic research to the guttural howls of bereavement visiting both the exotic and the mundane and as such is like no other, I have read. This is not a book about brain tumours, it is a book about premature loss, about widowhood and about “making peace with the here and now” – themes that will resonate with so many of our community.

To find out more, to read the beautiful reviews and comments, and to purchase your copy, visit:  https://iconbooks.com/ib-title/the-elements-3/

Our great friends at the International Brain Tumour Alliance (IBTA) have announced the return of “Brilliance”, their annual virtual art exhibition, for 2022! This virtual event will be launched for viewing on the IBTA website (www.theibta.org ) in conjunction with International Brain Tumour Awareness Week, running from Saturday, 29th October to Saturday, 5th November 2022. The exhibition will remain available for viewing online indefinitely.

Patients, family members, friends, researchers and healthcare professionals of every discipline are invited to submit their work to the exhibition by completing this downloadable form and returning it to the IBTA at: ibtabrilliance@gmail.com with your creative work.

The deadline for submissions is midnight on 30th September 2022. A submitted work can be any piece of artistic creativity: for example, a painting, sculpture, drawing, piece of jewellery, craftwork, ceramics, photograph, etc.

All the information needed can be found at  https://theibta.org/ibta-news/brilliance-2022/

At a meeting of the All Party Parliamentary Group on Brain Tumours 14th July 2020 attending Parliamentarians heard from Nisha Tailor, Director of External Affairs, at the Association of Medical Research Charities (AMRC), of which Brain Tumour Research is proud to be a member. Nisha spoke about the impact of covid-19 on medical research charities and explained that:

2. Charity grants provided by medical research charities often sustain early career research, much of which is now at risk.

Nisha then explained that the AMRC is pushing for a Life Sciences Charity Fund to bridge the gap in funding, and she encouraged members on the call (this was the first meeting of the APPGBT to be conducted via Zoom!) to sign the AMRC’s open letter to the Chancellor on the Exchequer.

So much has happened in the subsequent two years and this week Nisha has posted an AMRC wishlist for our new Prime Minister, which is asking them to:

Within these asks is the request for a Cabinet-level Science Minister.

We share concerns that for the past two months there hasn’t even been a Minister for Science, Research and Innovation. The position has been vacant for very nearly 2 months because George Freeman who resigned on 7th July in the final flood of departures that forced Boris Johnson to announce that he would step down as prime minister, said a day later that he would be prepared to come back in light of “the huge issues that need managing this summer”. He later tweeted on 11th July said that his offer to return as the UK’s science minister had been “declined.”

An opportunity to clearly demonstrate the importance of science, research and innovation has been missed but it can be picked up and the appointment of a Cabinet-level Science Minister would be a clear statement of intent and a concrete demonstration of the importance the new Government places on the life sciences

There won’t be a campaigning update next week as we will be at the Cancer Research UK Brain Tumour Conference but when these updates return on Friday 16th September we will have a new PM, a new cabinet and a new minister with responsibility for Science, Research and Innovation, all of them presenting new opportunities for us to lobby for the cause of brain tumour patients and their families. We look forward to having your support in doing that.