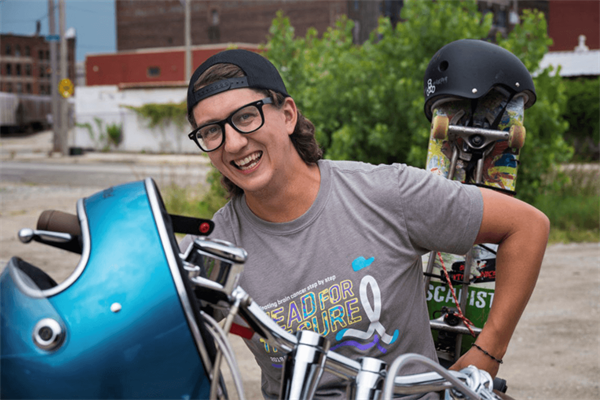 With the announcement of the new Conservative Party leader, and by extension our new Prime Minister, only days away, we took the opportunity this week to write to both candidates for the top job to outline why Brain Tumour Research campaigns and what our asks of the new Government would be.

In our letters to Liz Truss and Rishi Sunak we wrote:

“We believe the next PM’s focus should be to implement the Conservative Party’s 2019 manifesto with regards to cancer treatment. As you know, the manifesto identified the need to improve cancer survival rates in the UK. Unfortunately, survival rates in this country continue to trail behind other comparable nations and brain tumours continue to be the “poor relation” when it comes to investment in research.

“We are proud to have founded and continue to provide the secretariat for the All-Party Parliamentary Group on Brain Tumours currently under the chairmanship of Derek Thomas MP.  Brain tumours kill more children and adults under the age of 40 than any other cancer. Since records began in 2002, over £782 million has been invested in breast cancer research, whereas only £128 million was spent on brain tumour research. That is a difference of nearly £35 million a year over 19 years.

“It should come as no surprise that the ten-year survival for breast cancer (76%) is significantly higher than for those patients with brain tumours, 12% over five years. Yet just 1% of the national spend on cancer research has been allocated to brain tumour research, since 2002.

“But funding alone is not enough. There are several other barriers to research that we need to overcome to make significant advances in diagnosis, treatment, and care. We believe the Government:

When the dust has settled and the new Government is in place, we will of course make sure the relevant ministers are informed of just exactly why we do what we do and what we are asking of them in support of our cause.

In June Brain Tumour Research joined more than 50 cancer charities in signing a letter to the Secretary of State for Health and Social Care on the forthcoming 10-Year Cancer Plan.

The letter from the One Cancer Voice coalition came as the final details of the plan were being considered. It urged the Secretary of State to ensure that the plan meets the criteria the group set out as being “essential to deliver on your ambition of having the best cancer care in Europe”.

These criteria include that the plan is fully costed and funded; that there are no more shortages in the cancer workforce; and that ambition is matched by accountability.

The coalition wrote that “you have the opportunity to help bring forward a future where people affected by cancer in England have truly world leading cancer outcomes and experience” and reiterates its belief that if these criteria are met, then the “first great stride towards this” will have been taken.

Now the coalition has received a reply from Parliamentary Under-Secretary of State at the Department of Health and Social Care James Morris MP in which he says:

I would first like to reassure you that cancer services remain an absolute priority for the NHS. I would like to thank all the charities that make up One Cancer Voice for their engagement on the ten-year cancer plan so far. We are considering the points you raise in your joint statement. Given the recent change in Secretary of State for Health and Social Care, publication of the ten-year cancer plan is on hold at the moment. We will communicate further when we have more clarity. “

So, the current status could be described as being on the backburner and to be re-ignited when we all know what is going on at Westminster.

Talking of MPs and, as you’ll all know, we are very fortunate to have the support of former Parliamentary Under-Secretary of State for Science, Research and Innovation George Freeman and so we were interested to read his thoughts on Twitter this week. He posted:

We were delighted to read his acknowledgement and understanding of these issues. These are issues that affect brain tumour research funding and we have spoken to George about this before, (most recently in June this year as he noted on his website). We are pleased to see how public he is on this matter as, on behalf of our community, we have been making the same demand for innovative thinking to get the money already committed by Government to brain tumour research actually deployed and into the hands of researchers.

As we said in this blog from July last year “Brilliant science’ needs money. It needs a vision; it needs support and it needs consistency.” A similar point was made at the July 2020 meeting of the APPGBT where, describing continuity of funding as “essential”, Professor Silvia Marino, who leads the Brain Tumour Research Centre of Excellence at Queen Mary University of London (QMUL), said: “You can’t grow a plant for tomorrow if you throw away the seeds today.”

Translational research is a multi-stage process taking innovations from the scientist’s bench to the patient’s bedside. The component parts of the process are interdependent yet funding for these parts is currently independent. Government funding for basic research and discovery science into brain tumours is allocated by the Medical Research Council (MRC) which is part of UK Research and Innovation (UKRI), funding for which is distributed by the Department for Business, Energy and Industrial Strategy (BEIS). Government funding for clinical trials is allocated by the National Institute for Health, which is part of DHSC. Unless there is greater joined-up thinking, there is a real danger that the translational pipeline is fractured between the different bodies.

NIHR funding mechanisms can and should be improved and alongside Professor Kathreena Kurian we have offered suggestions to improve matters (read her November 2020 blog on this matter). We must ask ‘What the NIHR could do differently to facilitate the deployment of this money?’ However, if that does not offer solutions then money must be moved to where it would become available to the early-stage researchers who could hold the key to unlocking this complex puzzle.

We agree with George that a cultural change is needed for real progress to be made across the board and for brain tumour patients. We expect the forthcoming APPGBT inquiry report to have a similar tone of voice in its review and recommendations and that this will build on the concerns we have raised and calls for action we have made over past months and years.

A “slow, bureaucratic, hierarchical & risk-averse” funding ecosystem has not served brain tumour patients and their families well – we must do better

The Wanted’s Tom Parker has been posthumously shortlisted for a National Television Award for a documentary about the concert in aid of cancer charities he organised six months before his death from a brain tumour.

Tom, who campaigned with Brain Tumour Research for increased investment to find a cure, died in a hospital in south-east London on 30th March. He was 33.

The star-studded concert took place at the Royal Albert Hall last September and we were honoured to attend alongside brain tumour patient Amani Liaquat who died six weeks after him. Tom and Amani bonded over their glioblastoma diagnosis and recorded a podcast together.

The Channel 4 documentary ‘Inside My Head’ captured him arranging the event alongside footage of him and his family learning to live with his illness. Unseen footage was shot of Tom meeting the Chair of the All-Party Parliamentary Group on Brain Tumours (APPGBT) Derek Thomas MP, alongside fellow Parliamentarians Holly Mumby Croft and Lord Polak as well as Tom’s great friend and support Dave Bolton plus brain tumour campaigner Maria Realf. It was a meeting we set up for those involved to discuss some of the issues around the route to better options and outcomes for brain tumour patients. Sadly, footage did not make the final film but helped us to build a relationship with Tom and with Dave both of whom knew how important campaigning is if we are to bring about real change.

The film was filmed, produced and directed by Dan Howell who told us: “We are proud of this recognition for a film that meant so much to all of us involved. Tom was a remarkable man and his story was shared with bravery, honesty and compassion. For me it gave a new insight into those diagnosed with this ruthless and devastating disease and I remain engaged with the brain tumour community. I sincerely hope that the film and Tom’s legacy will move us closer to improved outcomes for brain tumour patients.”

The awards will be hosted by comedian and presenter Joel Dommett in London on 15th September with the results announced live on TV.

Last week we mentioned the powerful film'Rare Enough' – the story of what happened to DJ Stewart (pictured) in May of 2019. Skateboarder, business owner, husband, friend, family man, and overall life enthusiast, DJ was living the dream with a lot of life ahead of him. That was until the unthinkable occurred.

On Friday we were lucky to speak with DJ Stewart from his home in Kansas City alongside his wife Erin. Over three years on from his GBM diagnosis he looks the picture of health and his hair has grown back. He is full of enthusiasm and says that if his film inspires, and if in any way he can help the cause of, brain tumour patients around the world, then that will be the biggest honour of his life. He says that there can be no step forward without research and is now heavily engaged with his local brain tumour charity, Head for the Cure, and this weekend will be taking part in their 20th Annual Head for the Cure 5K in Kansas City where over $½ million has already been raised.

Just a reminder the countdown is on to our own national Walk of Hope which returns on Saturday 24th September.

What a great idea to ask your MP to join you for at least a part of it!

One afternoon Abi arrived home to find her partner of 20 years, Jacob, lying on the bathroom floor, his lips blue, dried blood caked around his mouth. Jacob was put into an induced coma, a sleep from which he did not wake for seven months. And when he does wake up, it’s not the end of the story. Another story is just beginning. For months, Jacob will be in rehab. In the end, he will spend 443 days in hospital. He will return home a changed man. Someone who needs round-the-clock care. Someone who doesn’t recognise the woman who has spent so long at his bedside, feeling terrified.

Currently being broadcast on Radio 4 and available to listen to here is ‘This is not a Pity Memoir’ by Abi Morgan.

Jacob does not have a brain tumour but a different neurological condition, however the situation Abi finds herself in is not unique to his diagnosis and we do know that the devastating impact brain tumours can, in some instances, be amplified by significant and traumatic personality changes and the patient can become unrecognisable from the person pre symptoms and diagnosis. So, although listening to this book won’t be something for everyone who reads these updates if it is of help or brings a resonance to just one of you, in the same way that watching ‘Rare Enough’ has done for others, then we are happy to have guided you toward it.

We aim to campaign and to inform.

Please do give us your feedback on these updates. We would value your thoughts, advice or indeed information you have that you think should be shared.

We are in this together because together we are stronger for each other, for our families, for patients and for our community.