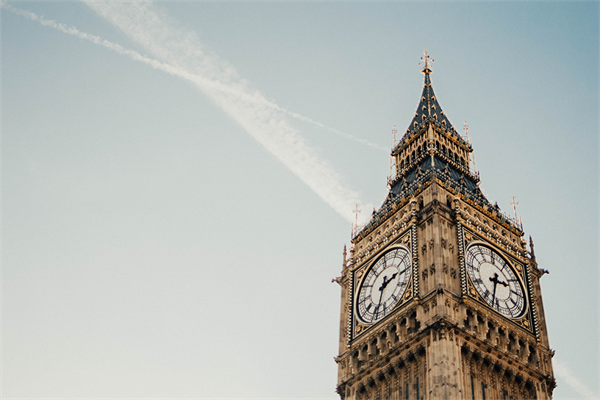 Prime Minister Boris Johnson has announced a new national mission to tackle dementia with £95 million in ring-fenced funding which aims to boost the number of clinical trials and innovative research projects. The Dame Barbara Windsor Dementia Mission will be driven by a taskforce from industry, the NHS, universities and families living with dementia and the PM has called for volunteers to join a “Babs Army” by signing up for clinical trials to beat the disease.

We are delighted by this investment into understanding this branch of neuroscience. It shows that, with high visibility and passionate campaigners, money can become available for research funding.

This announcement comes at a time when there has been criticism of the roll out of a £50m donation towards motor neurone disease (MND) research. Former rugby league star Rob Burrow has said that the Government has 'blood on its hands' over this MND research delay.

The November 2021 pledge from the government to MND research was part of a £375m investment into neurodegenerative disease research but is yet to materialise leaving the former Leeds Rhinos player frustrated and angry.

The government said it "remained committed" to funding research and a Department of Health and Social Care spokesperson said it had invested millions of pounds into MND research.

This delay in deployment in research funding is one the brain tumour community is very aware of, £40 million was committed to research in 2018 and the planned roll out was over the following five years. However, with just six months of that period left to run, less than 50% of the money allocated has reached researchers and we are committed to resolving that disappointing situation as quickly as possible, as are the All-Party Parliamentary Group on Brain Tumours and other influential figures at Westminster.

Radiotherapy UK and The Catch up with Cancer campaign are asking for as many people as possible to sign their change.org petition. The petition is urging the government to boost cancer services, at all stages of the cancer pathway, to stop tens of thousands of cancer patients dying unnecessarily. Join the 385,000+ signatories and call for a stop to unnecessary cancer deaths caused by the COVID disruptions and save thousands of lives.

In light of the recent media coverage on the latest cancer waiting times from the NHS dataset the campaign really wants to get as many people as possible to sign while it is fresh in people’s minds.

Other statistics were in the news this week as a survey by Cancer Research UK claimed that half of people with possible signs of cancer wait six months to contact a GP and that poorer people are less likely to see their family GP which could reduce their survival chances. The findings may help to explain why the UK has a persistently worse record than many other European and OECD countries on diagnosing cancer early.

“As a nation we’re not very good at seeking help when we notice something’s wrong with us, which these figures seem to confirm,” said Rachel Power, the chief executive of the Patients Association.

Dame Cally Palmer, NHS England’s national cancer director, said: “We recognise that it is not easy talking about cancer, but a conversation with your GP could save a life. Early diagnosis of cancer is vital to give people the best possible treatment and it dramatically boosts chances of survival.”

This comes at a time when, according to the BBC News website, a record 6.6 million people are waiting for scans, procedures or operations.

Clearly this is a difficult time for the NHS. Cancer must remain a top priority and with the upcoming 10 Year Plan for England, the new Health and Social Care Secretary has a huge opportunity to transform cancer survival. When it comes to brain tumours, we applaud The Brain Tumour Charity’s current symptom awareness campaign #Bettersafethantumour. Although brain tumours are rare, if you or a loved one are experiencing two or more of the signs and symptoms it’s important that you speak to your doctor to rule out a brain tumour.

As part of our summer planning for the political year ahead this week we signed up to attend Cross Party Groups (CPGs) in the Scottish Parliament and the Welsh Assembly. In Wales, we’ll be attending meetings for the CPG on Medical Research and the CPG on Cancer. In Scotland, we’ll be focusing on the CPG on Cancer. CPGs operate in a similar way to All Party Parliamentary Groups (APPGs). Our aim in attending these sessions is to have input on the latest policy and to develop ideas and innovations relating to brain tumours and brain tumour research.

We look forward to establishing more of a presence in the devolved administrations and sharing the voices of our campaigners across the UK.

“And they come home — many of the world’s fittest and best trained warriors in the world — never the same: headaches, numbness, dizziness, a cancer that would put them in a flag-draped coffin. I know.

“One of those — one of those soldiers was my son, Major Beau Biden. I don’t know for sure if the burn pit that he lived near — that his hooch (US military slang for living quarters such as barracks) was near in Iraq and, earlier than that, in Kosovo is the cause of his brain cancer and the disease of so many other troops. But I’m committed to find out everything we can.”

This article argues that although “burn pits” probably aren’t safe at this point, we have no link between “burn pits” and brain cancer.

“It’s the first day at your new job. You worked hard to get there. You’re feeling excited about the future as you fill out your onboarding paperwork. All of the sudden, darkness washes over you. Groggy, you wake up in a hospital bed. The doctor walks in and says that you had a seizure. Then he breaks even worse news: cancer. Brain cancer. The really bad kind. Less than two years to live.”

That’s what happened to DJ Stewart in May of 2019. Skateboarder, business owner, husband, friend, family man, and overall life enthusiast, DJ was living the dream with a lot of life ahead of him. That was until the unthinkable occurred.

'Rare Enough' a short documentary directed by Ryan Lovell—takes you on an intimate journey through DJ’s story with DJ himself in the driver’s seat.

This is powerful, moving and uplifting. The use of strong language means it might not be suitable for everyone reading this but it is hard hitting and hopeful. Highly recommended – we’d be really interested to hear what you think about ‘Rare Enough’ – “If I’m rare enough to get this thing then I’m rare enough to beat it” We are going to have a chat with DJ Stewart later today so there will be more about him in next week’s update.

Finally, this week the countdown is on to our national Walk of Hope which returns on Saturday 24th September.

What’s great about Walk of Hope is that you can get involved wherever you are, by joining one of our organised walks or by holding one of your own.

Or, if you’d prefer you can do it your way! To find out more and register, click here.

Let’s step forward together to get closer to our vision of finding a cure for all types of brain tumours.

Why not ask your MP to join you for at least a part of it!

Tell them about our Walk of Hope event and why it’s important to you. If you need inspiration to do this read about what happened when ace Brain Tumour Research campaigner Stuart Grant asked his MP, George Freeman, to join him on his 10,000 steps challenge in March this year. MPs love meeting constituents, having their pictures taken at events like this and sharing things on social media and it would be a great opportunity to let them know all about why we campaign.

Get your walk planned and send a save the date invite to your MP for a Walk of Hope on Saturday 24th September.