More of you and a new Secretary of State 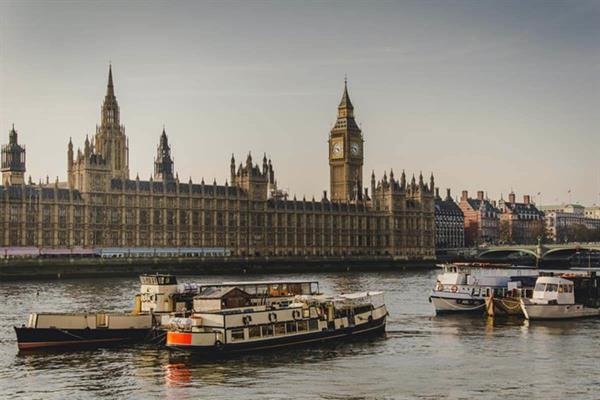 During July we have added at least one new brain tumour campaigner a day to the database receiving these weekly campaigning updates via email. There are now well over 1,000 of you representing 520 of the UK 650 constituencies.

You are receiving and reading this email (or reading it as a blog on the website) because you have been, in some form, impacted by a brain tumour. If this has impacted you, then it has impacted other members of your family and your circle of friends. Perhaps, like you, they would like to join the campaign to make a difference for those diagnosed with this devastating disease. This weekend please send an email or make a call to family and friends and ask them to join you in joining us to amplify the voice of the brain tumour community.

They can email me to be added to the database or visit www.braintumourresearch.org/campaigning/campaign-with-us

Let’s add more campaigners during the traditionally quiet month of August so that when the political world comes back from its holidays in September and the APPG meets in the Autumn and the APPGBT inquiry continues on its evidence gathering mission, we are up and running with more campaigners than ever, making more noise than ever and making our cause unstoppable.

We are in full agreement with George Freeman on this.

It is the early-stage science that underpins the clinical innovation we so desperately seek and we need a top-level parliamentary champion for such discovery science.

Scientific research is a lengthy and expensive endeavour. On average, it can take 17 years for a scientific discovery to reach the clinic. And that’s just for discoveries that lead to a successful new product. Many other discoveries, whilst yielding valuable information, do not progress to this stage. On average, it costs over £1 billion to bring a new drug to market.

To boost our chances of success, we support outstanding scientists with the best ideas, working at some of the top universities in the world, such as Queen Mary University of London, Imperial College London and the University of Plymouth.

Without new discoveries, the outlook for patients with brain tumours is very bleak. Whilst high risk, where successful, discovery science can lead to significant progress, new ways of thinking and new treatment strategies. Discovery science is very much at the heart of Brain Tumour Research’s approach – supporting its centres for the long-term to think big and take risks.

It is this investment in discovery science that can, in time, deliver huge improvements in patient survival.

We have always been clear though we cannot do this on our own.

We campaign to increase the national investment in brain tumour research and this is where a Secretary of State for Science and Technology could be a powerful ally.

A Fundraising Group known as Raising4Ria has been set up by Kaz Melvin to continue her sister’s legacy and to help channel the grief of all who mourn Ria into something positive to improve the lives of others living with a brain tumour diagnosis.

Ria Melvin was just 23 when she was diagnosed with a glioblastoma (GBM). Following her diagnosis, Ria became a passionate campaigner and worked with Brain Tumour Research to raise awareness of brain tumours.

In early 2021 Ria said: “In the two years since I started my brain tumour journey, I have met a lot of people who have had to fundraise and go abroad to access alternative treatments unavailable to us in the UK. I have spoken to my local MP who is the parliamentary private secretary to the Prime Minister and told him about this and the desperate need to increase the national investment into brain tumour research.

“It gives me a real sense of purpose, knowing I am helping others in my situation.”

Ria passed away in August 2021, aged 25. Her sister, Kaz said: “Campaigning meant a lot to Ria. It gave her a renewed sense of purpose and sense of meaning to her life. But more than that, it helped her to start to come to terms with her own diagnosis which was an important turning point in her journey. She started to feel part of something bigger and wanted to fight to improve outcomes for others in the same situation.’’

“As a family we will continue Ria’s work and campaign for brain tumour research in her name.”

Campaigning brings purpose and, most of all, it brings hope and once again we are reminded of this quote from our campaigning champion Peter Realf; “Research gave my son hope. The campaigning we have done since Stephen died in August 2014 at the age of 26 and the impact we have had since, has given me the belief that he didn’t die in vain.

Black Labrador Jack came into the life of trainee RAF pilot Stephen Realf 14 years ago. Jack was Stephen’s pride and joy and just two weeks after welcoming his canine companion into the family home, Stephen was diagnosed with a terminal brain tumour. He was just 19.

Jack was there throughout until Stephen passed away.

In his will, Stephen bequeathed his loyal friend Jack to his father Peter Realf and, in the years that followed his death, Jack has remained a central and important symbol in the life of Stephen’s parents Peter and Liz.

Visitors to the family’s home were proudly introduced to him, often with the words “this is Jack, Stephen’s dog.”

The time has now come for Jack to take his final walk.

Paying tribute to him, Peter said: “We have had the honour of caring for Jack until he left us aged 14. Ever loyal, he helped us all through dark times and good days.”

Our animal companions give so much and ask for so little and we have been touched with beautiful stories on the role they have played and support they have given people in our community.

We celebrate all of them.

Finally this week, click on the link to find out about our new colleague at Brain Tumour Research, Policy and Public Affairs Officer Thomas Brayford.

Thomas says “I am determined to be part of the change that improves outcomes for brain tumour patients.”

That is what all of us hope for and the more of us there are with that hope and determination then the closer we will get to making it happen.