My brain tumour doesn’t define me 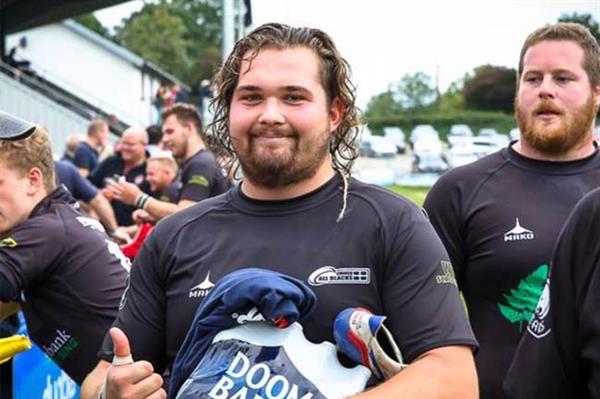 Chae Jenkins was diagnosed with an inoperable pilocytic astrocytoma in January 2020. Following his diagnosis, he had to give up his dream of playing rugby professionally, having been left with limited mobility and sight problems, and now relies on the full-time care of his mother. He wants to help open up the conversation between patients and their loved ones during a challenging time.

After my diagnosis, I definitely noticed a difference in the way people talk to me. They behave differently around me now than when I was Chae without the brain tumour.

When people approach me, they tend to do so quite slowly. It’s like they’re creeping up on me, making sure I’m actually me. People will talk very slowly and try to point things out with their hands or expressions. It’s as if they think I’m a bit slow or a baby, so they need to really exaggerate what’s happening, when actually a lot of the time, I have more of an understanding of what’s going on than they do!

Being diagnosed with a brain tumour opened my eyes, though, and in some ways, I wish everyone could see relationships in the same way I do now. We cling onto so many friendships, but I haven’t seen or heard from 80% of my ‘friends’ since I went through my diagnosis. Sometimes they can even be stood right next to me and are too scared to even acknowledge me.

It's impacted my mum too. She’s lost friendships after my diagnosis and that’s has really affected her.

Then there’s the other end of the spectrum. The people who are friends of friends, or old school peers who would never have spoken to me unless they needed to. Those people who see my friends now and ask how I’m doing or send their love when they wouldn’t have bothered with me if I hadn’t gone through this.

I do understand that it’s difficult to know how to speak to someone who’s in that situation, facing a difficult diagnosis. My advice is to talk to them just like you’d talk to anyone else. If they bring up their illness that’s the time to ask questions or talk about it, but once that conversation breaks down or the subject changes, don’t keep circling back to it. That would be like tackling someone in a rugby game and then doing it again after the game.

If you desperately want to ask someone about their illness, I’d recommend saying: “Where are you at with it now?” If you get a short answer in response, they’re probably not interested in talking about it. So leave the conversation there! 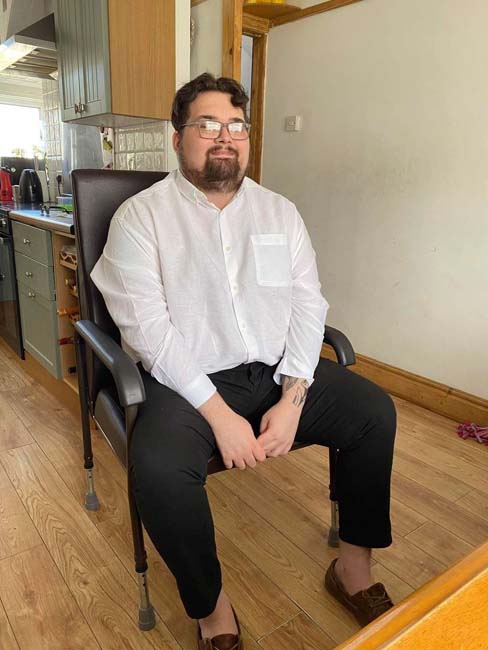 I’ve had the chance to connect with a couple of people in a similar situation to me. My support nurse happened to be helping a girl of a similar age with a similar illness, and asked if I would talk to her. This was, and still is, extremely special to me. Sadly she died before we got to chat but I’m in regular contact with her family, mainly her mother. I find this a huge help; she’s given me a glimpse of her life and what she lived for, which I could listen to for hours on end.

My contact with the other person again came out of the blue – I just randomly stumbled across their social media. The difference is that this person has only just started their treatment so I’m trying to help and give some advice when I can. Although I may not be too good at it, I try!

I used to get angry when people said “things will get better in time”. I used to think that they wouldn’t and that it was a stupid thing to say. But as of January 2022, things DID get better. I didn’t think I’d see Christmas 2020, but I’m still here. Those thoughts of death, the worries and tears, just go. And I believe what did this for me was counselling and acceptance. Accepting that this is it. This is life. I’m lucky to even be here. At first, I would’ve sunk hearing those words but, over time, things gradually work out (and I hate that saying too!)

Now, I’m in a great place. I’ve almost returned to how I was before, apart from the fact that I can’t move, see or look well! But mentally I’m great. Great to the point where I now look forward to the future. I’ve always wanted to travel, and I still would. I want to meet new people, new friends, new relationships, new anything – I just want to do something new and exciting. Like it should’ve always been.