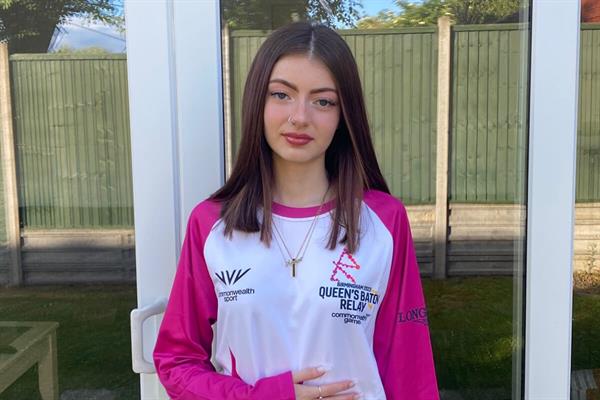 A score of Brain Tumour Research supporters are amongst the inspiring individuals who have been selected to take part in The Queen’s Baton Relay.

The relay reached England this week and will follow a 25-day, 2,500-mile journey which will culminate at the Birmingham 2022 Commonwealth Games Opening Ceremony on 28th July.

Today, we’re cheering on the first Brain Tumour Research baton bearer, Simon Tier, as he carries the baton from Larch Court, Wingfield Street in Portsmouth to Cornwallis House, Cornwallis Crescent. He will start his leg of the relay at 6:52pm. 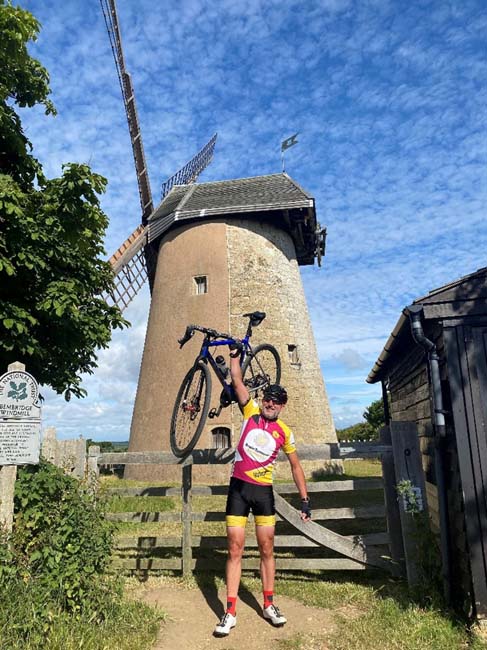 Simon with a heavy-duty improvised baton!

Simon has raised more than £40,000 for Brain Tumour Research after he lost four friends to brain tumours in just five years. He organises the annual Brain Tumour Research Isle of Wight Randonnée which took place for a fifth time on Sunday (3rd July) and saw more than 50 club and amateur cyclists pedal around the island to help find a cure.

Simon says that he felt “surprise, honour and excitement” about his nomination, as well as “a few nerves”. He added: “I feel proud to have been selected for a once in a lifetime opportunity and knowing I was nominated because of my work within the brain tumour community makes it all the more special.”

In a couple of days, the baton will be passed to 16-year-old Maleehah Liaquat. She’ll carry it 200 metres through Luton’s Wardown Park on Friday (8th July) to honour her sister Amani, who died from a glioblastoma (GBM) in February. 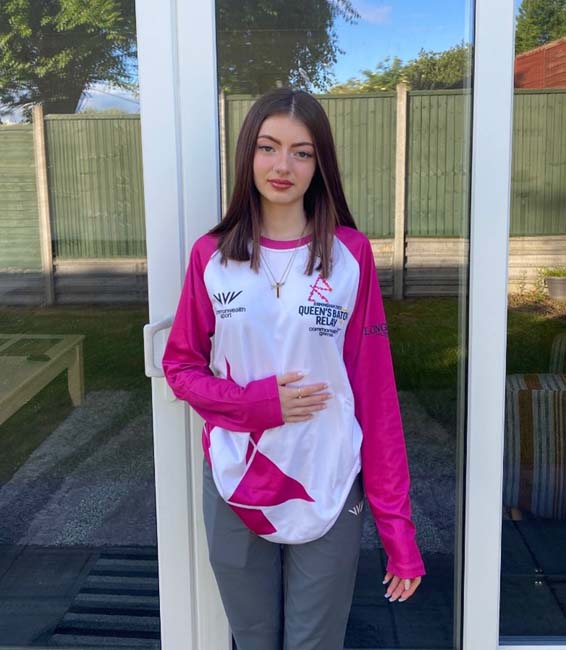 Amani herself had been nominated to be a baton bearer because of the valued contribution she had made to the charity. She died five days after learning about her nomination but, after she was accepted, Maleehah agreed to carry the baton in her place.

The location of Wardown Park has special meaning too as it is where the family held Luton’s first ever Walk of Hope last September, and Maleehah said that she will be carrying the baton with “pride and confidence” in memory of her beloved older sister. 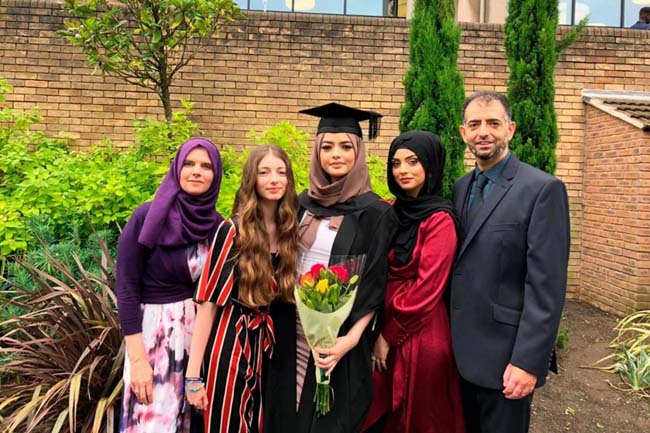 Amani, centre, and her family at her graduation

The following day Melissa Ross will take up the baton, carrying it from Great Yarmouth’s Marina Centre along the beach path to the jetty. Melissa has worked tirelessly to raise awareness after her diagnosis with an inoperable low-grade brainstem and spinal cord glioma in 2015.

She said: “It was a bit of a shock to find out I’d been nominated because I wasn’t expecting it but it’s a once in a lifetime opportunity and a real honour to know the charity thinks so much of me.

“It’s also a bit nerve-racking but I’m looking forward to it and, luckily, my partner Lee is off work that weekend so he and our daughter Millie will be able to come and watch.” 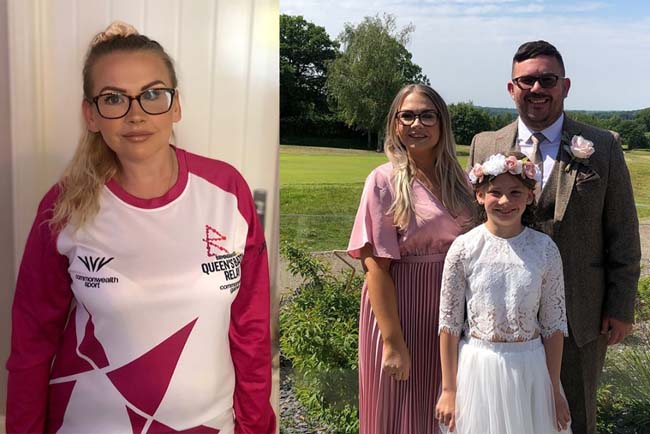 The relay will then make its way north to Leeds, where Rosie Crawford will carry it from Martial Arts Club, Royal Museum, Armouries Drive in Leeds to Leeds Dock in Armouries Square, on 12th July.

Rosie leads Lydia’s Wish, a Fundraising Group set up in memory of her cousin Lydia Carfrae-Brohaska who died from a GBM in May 2020. The Group has raised thousands to help find a cure and Rosie said she feels “honoured to be able to take part in remembrance of Lyd”. 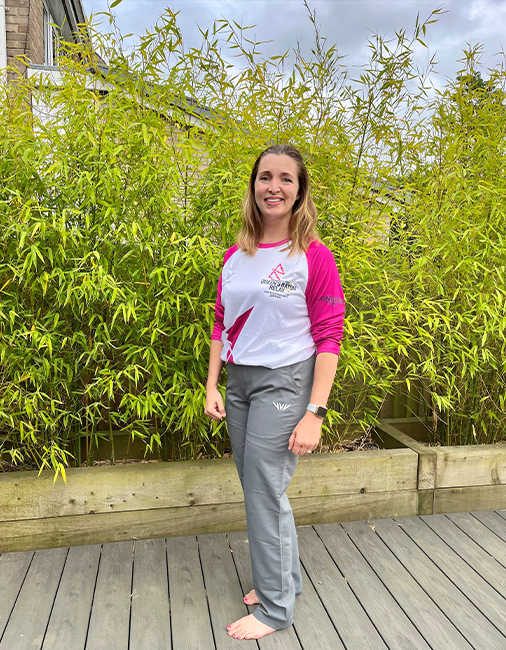 Rosie in her baton bearer kit

Luke Lambert is no stranger to running, having completed the 250km Wadi Rum Desert in October last year and now training for a three-day triple ironman. It’s his amazing challenges, which have raised more than £11,000 for Brain Tumour Research in memory of his mum Jenny, that earned him a place in the relay and Luke will be carrying the baton as it makes its way through the East Riding of Yorkshire on Wednesday 13th July.

He said being chosen was a “huge honour” and being part of the relay will be “something I always remember”. 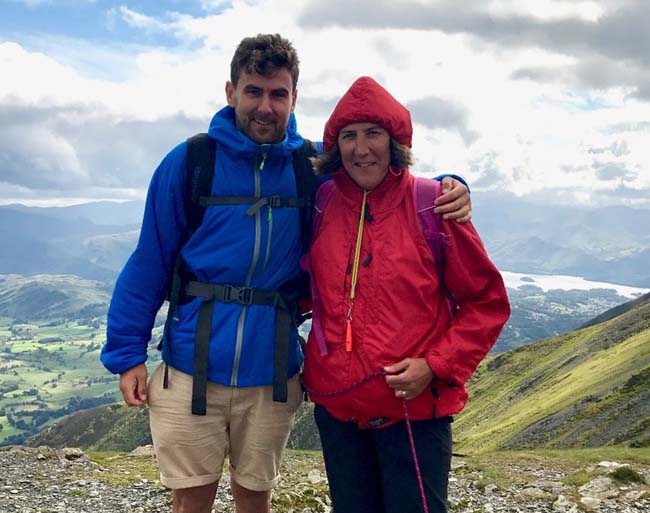 Luke and Jenny on holiday

Proud grandad Alan Holmes, 73, will be thinking of his grandson Matthew Pullan as he runs his stretch of the relay in Blyth on 15th July. Matthew died from a brain tumour on 9th September 2021. He was an avid supporter of Brain Tumour Research, blogging about his cancer journey, engaging with politicians and helping to build a social media community for other people affected. 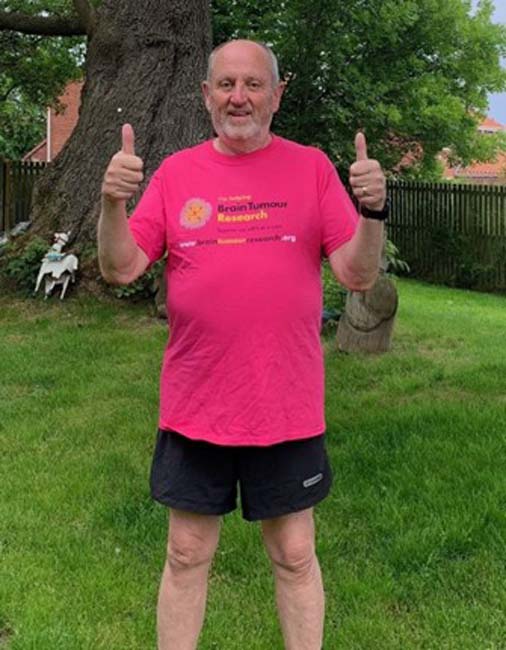 Inspired by his grandson, Alan raised £7,500 for the charity by swimming 100km in the North Sea throughout 2021.

He said: “I was stunned and really excited to be accepted to be a baton-bearer. I never imagined that I would do something like this, and I’m absolutely honoured by it.

“If Matthew was here, he would have loved it. He would be very excited, and I think he would be proud of me.” 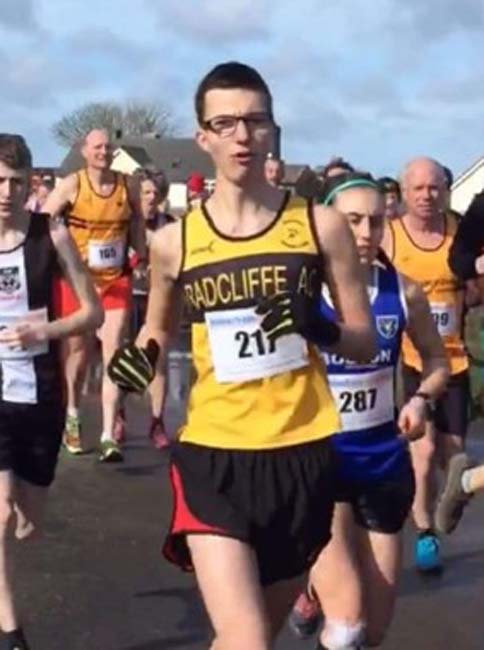 Matthew was a keen runner

Following her diagnosis with an oligoastrocytoma, Katie Smith set up Brainstorm – a Fundraising Group which has raised almost £46,000 for Brain Tumour Research. On Sunday 24th July, she will carry the baton 200 metres from Park House, Stanley Road, Stourbridge, around the edge of Mary Stevens Park into Norton Road, setting off at 2:53pm.

She said she was “really honoured” to have been selected, adding: “It’s such a privilege and a once in a life-time experience.” 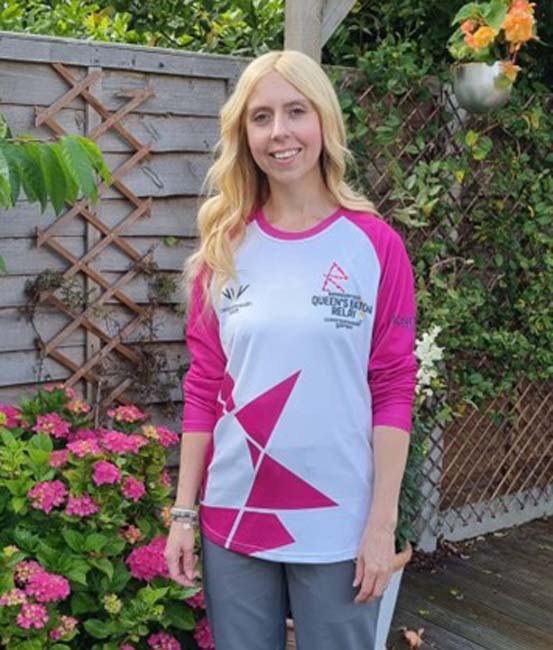 Katie in her baton bearer kit

Last but by no means least, Penny Church will pick up the baton on Wednesday 27th July carrying it down Sycamore Road in Birmingham. Penny lost her son Fin aged 11 to a brain tumour in 2015. During his diagnosis, Fin dedicated himself to fundraising, helping to raise more than £100,000 for Brain Tumour Research and the Birmingham Children’s Hospital. His family has continued Fin’s legacy, raising a further £50,000 and Penny is a committed campaigner for our cause.

She said: “When I got the email to confirm I had been selected I was absolutely speechless. It’s very exciting and I’m very humbled by it all, particularly with it being in Birmingham and so close to home. Fin loved all kind of sport and I know he would have loved to be part of something like this. I feel like it’s a way of honouring his legacy – doing it in his name feels so special.

“My family are excited too, they’re ready to cheer me on.

“So lovely that my friend, Katie Smith is doing it, also nominated for her work with Brain Tumour Research. I was at her house just before Fin’s anniversary when her uniform arrived. We all feel very grateful to have this opportunity."

We hope you’ll join us in cheering on the Brain Tumour Research supporters as they proudly carry the baton and celebrate their amazing support of our cause. If you’re local, why not pop along and support them in person? Full route details can be found online here.