“I was put on this earth to fundraise” 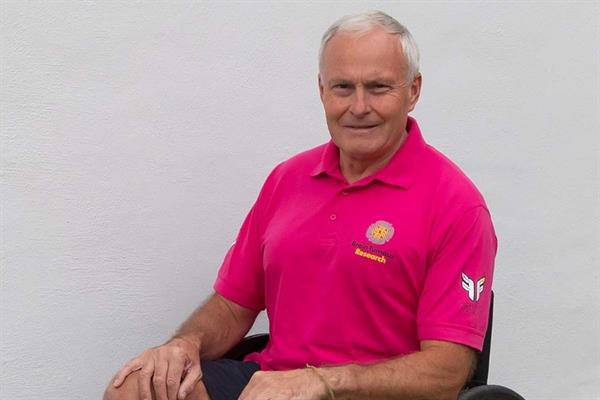 Following a road traffic accident 30 years ago, Paul Smith OBE spent 12 years with locked-in syndrome as a result of brain injury, unable to speak, move or communicate. Despite living with the life-changing effects of the accident, Paul has raised more than £2.3 million for charity and completed some extraordinary challenges, including a part wheelchair, part crawl ascent of Snowdon to raise funds for Brain Tumour Research.

My fundraising journey kicked off when I was a child living in Australia. I was sat in front of the TV watching the news and there was a report on the Biafra war. The harrowing footage showed a little girl running down the street, crying, with a big swollen belly. When my parents explained to me that she looked like that because she was starving it inspired me to take action. The next day, I went out and raised $200 Australian Dollars for the Biafra Appeal.

From then onwards, I carried on fundraising. I think that’s what I was put on this earth to do.

When I had my accident in 1991, my fundraising curtailed because of the 12 years I had locked in syndrome. No one knows how I came round from that. My best friend says they always believed I would because of my character and determination before the accident.

After I regained minimum communication skills – around a year or so after coming out of locked-in syndrome – I told my family I wanted to do some more fundraising. They thought I wanted to sit on a street corner shaking a tin, but I had other ideas and I began taking on challenge after challenge.

I want to make a difference. I want to make one at least person or a group of people’s lives a bit better, even if it’s just for one day. 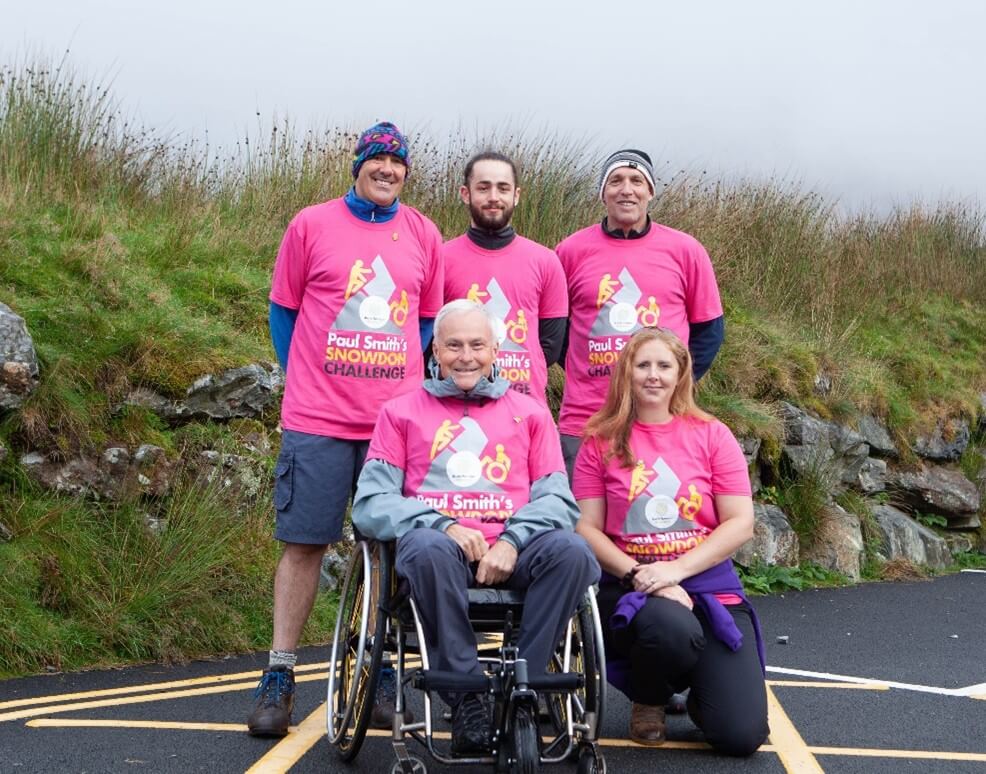 I originally signed up to support Brain Tumour Research to help a friend raise money in memory of her sister, who died from the disease in her thirties. We planned to scale Snowdon following a rocky, often very steep route – with gradients of 1:3 and 1:4. I used my chair for the first mile-and-a-half, and for the remaining six-and-a-half mile climb I was crawling on my hands and knees.

Unfortunately, my friend had to pull out of the challenge, but I’d already promised I was going to do it and I’ve never broken a promise. So, I continued and decided to dedicate the challenge to all those who have lost their lives to this devastating disease and those who are currently fighting that battle.

Originally, I didn’t tell my family what I was planning – they would’ve told me off for another hare-brained scheme. But two months before I took on the challenge, I decided to tell my sister about my plans. It was during that conversation that I found out that my grandmother had died from a brain tumour when I was a baby. So, I believe that this challenge was meant to be. 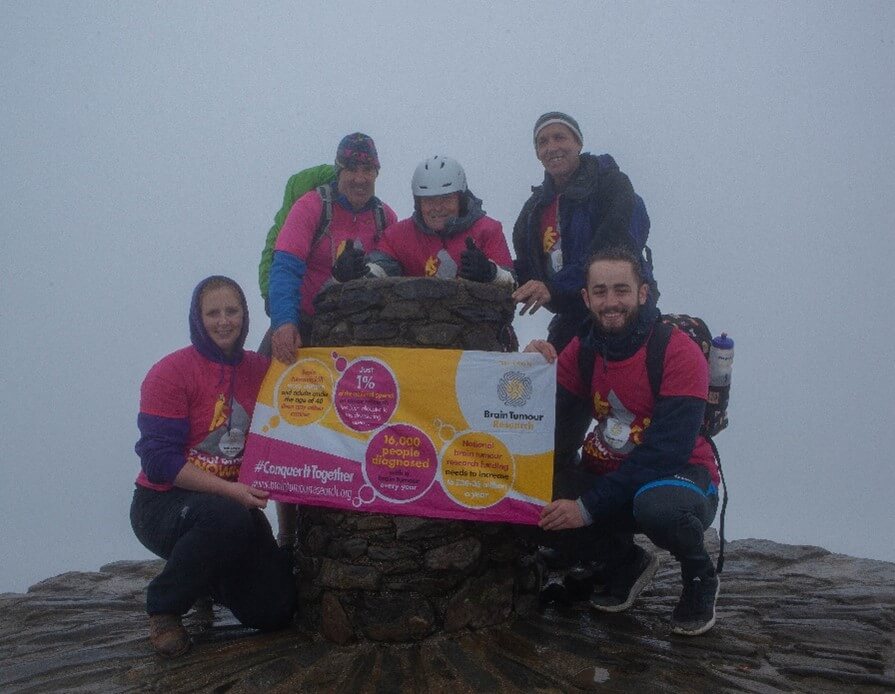 Since my Snowdon challenge, I’ve been privileged and humbled to learn the stories of lots of brain tumour patients. Those people really inspire me, even though I don’t know them.

I have a brain injury, but I cannot imagine what it is like to be told you have a brain tumour. I can’t imagine living with the uncertainty of whether treatment will work or what the future will look like.

My story and what I’ve gone through just doesn’t compare. People tell me I have every right to hate the person who caused the accident, to hate the world. But the world owes me nothing and I have no wish to think about the past or hate anyone. I’ve moved on and I’m doing the thing that I’ve always believed I’m here for – raising funds for charity.

When I found out about my grandmother, I realised that I’ve found the charity that I will finish my fundraising career with. Finding out the devastation that brain tumours cause – that they are the biggest cancer killer of children and adults under the age of 40, yet the Government only sees fit to invest 1% of the national spend of brain tumour research – spurs me on. Every loss of life is devastating. And the stories of those fighting this disease only make me more determined to carry on and raise as much money and awareness for the charity as I can.

Stories like Jenny Weller’s. I met Jenny the week after I did my Snowdon challenge. She and her WellerFest team were abseiling down the Spinnaker Tower in Portsmouth and I went along to support them. You only had to meet Jenny once in your lifetime and she would become an inspiration; she became my biggest inspiration to carry on with my fundraising. We had a lot of mutual respect for each other. Jenny had multiple brain tumours and was with ALK positive lung cancer taking on the challenges that she did – how could you not be inspired by that?

Jenny raised so much awareness for Brain Tumour Research. She brought so many people together to raise vital funds too. It is her legacy that will keep us pushing forward to keep fundraising to find a cure for this terrible disease.

It's through fundraising that we can help keep the wonderful work Brain Tumour Research is doing afloat.

If you want to take on a challenge, my advice would be firstly to set yourself a goal that’s achievable. Once you’ve done that, seek advice from the experts and work closely with them – the help I’ve received from Melanie, the Community Development Manager at Brain Tumour Research has been invaluable – and find the support from those close to you, like family or friends.

And finally, just go out and do it. Never accept no for an answer, knowing that the funds you raise are vitally important and WILL make a huge difference.