The bike, the brain tumour and me 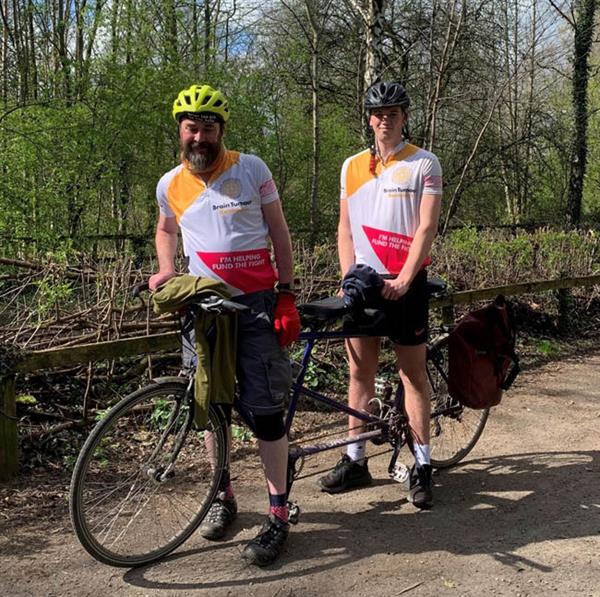 Dad-of-three Liam Bergin (pictured left, with son Joe) was 49 and otherwise in good health when, out of the blue, he was diagnosed with an aggressive brain tumour. During Bike Week, he shares how he found solace and escapism from his diagnosis by getting back on the bike.

For me, the bike has been as much a part of my brain tumour treatment as all the meds.

Just a quick note on how I got here. I’d been out for a pedal during the first lockdown in 2020. I used to be a runner, but arthritis in the knees moved me to the bike about 10 years ago. On this particular day, I’d done about 40km. I got home when my wife and children were out walking the dog and started getting tea ready. Only to wake up in a pool of blood with the family knocking on the door.

I thought I had just passed out due to overdoing it. Thankfully my wife insisted I went into hospital. To cut a long story short: several scans later, suspected glioblastoma (GBM). Like many of you, surgery followed, then 30 days of radiotherapy and 15 months of chemotherapy.

Unable to drive and with a short prognosis for a GBM, I retired from work and moved to Bollington cycling country. One of my main aims to get back on the bike and gain some independence back. My op was in June. 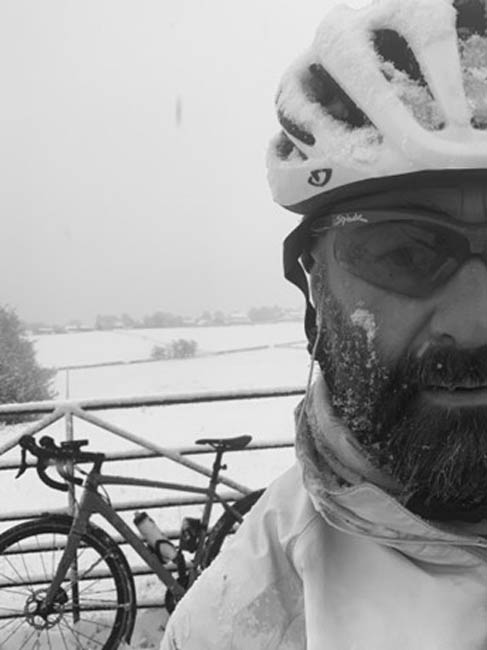 I listened to my oncologist and she was happy for me to get back in the saddle around September, but not on my own. That was an issue as I’d moved so I needed some new cycle mates.

So, as I have so often since this landed, I turned to local social media. Anyone fancy taking a man with a brain tumour and epilepsy out for a pedal? To my surprise, two shouted yes. On top of which a long-term friend started pedalling and he lived locally.

I’d spent most of my working life in a car. With not being able to drive anymore because of my epilepsy, I needed the bike to feel independent and so I started riding again with new people and occasionally with my old friends from Manchester.

I’d got a bit of independence back but now I needed a target. One of the side effects of radiotherapy is brittle bones, so running was now out of the equation. I decided that a coast-to-coast bike ride was the way forward, from Whitehaven to Newcastle and we would do it for Brain Tumour Research.

A team formed and it was a great mix of my son Joe and his mates, and three of my closest friends: Stu on the bike, Dave and Jim in support vans.

So, my first aim after diagnosis and retirement had worked. I’d had a great time with my friends and Joe’s friends. The sense of achievement was great. 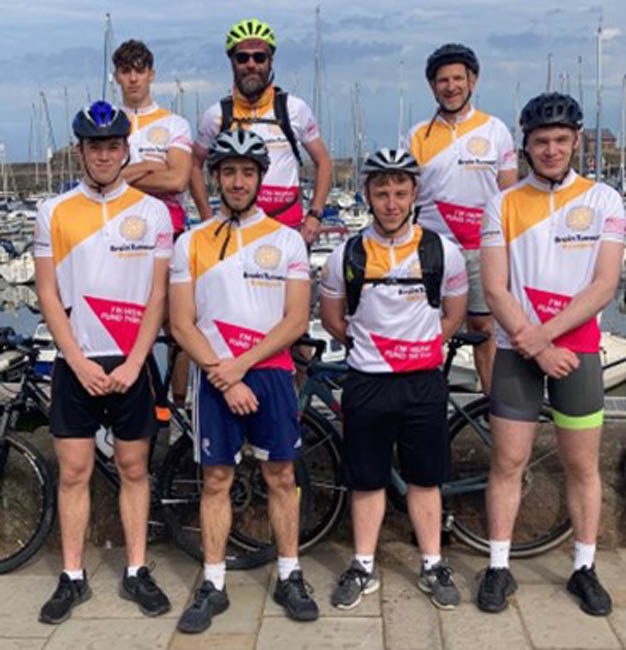 The team at the end of the cycle. Liam is pictured back centre

Now every time I’m hospitalised after a fit, I have not just the aim to get better for the family, but I can get back on the bike and regain my independence

Next week, five months after my last fit, I will ride 100 miles on a tandem with Joe.

With a cancer diagnosis, I know it can be difficult to motivate or distract yourself sometimes. I’m also an active member of the move with cancer movement, it’s great for you physically but also mentally to take your mind off the diagnosis.

Be it just be what you use to get to the shops. Feel the wind on your face and the freedom in your legs. I know I can be a bit of an evangelist, but I’d really recommend giving the bike or any kind of movement a go.