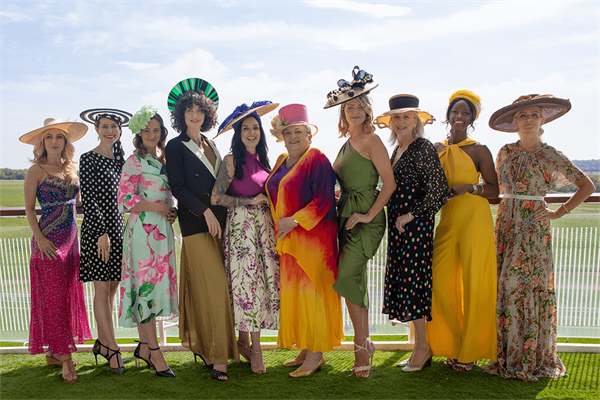 We are very excited that the Platinum Jubilee Celebrations at The Derby will be raising funds for Brain Tumour Research and delighted to be working with Go Epsom, The British Hat Guild, and Epsom Downs Racecourse.

In a tribute to Her Majesty the Queen, some of the UK’s leading milliners have created a one-off collection of hats inspired by the seven decades of her reign, which is being auctioned online until midnight on Sunday 12 June.

Known as “Hats Fit For A Queen”, the collection of 15, includes pieces created by Royal milliners Stephen Jones OBE and Rachel Trevor-Morgan who both have a close association with Brain Tumour Research and have inspired three of our signature brooches, including our new brooch for 2022. The hats will be displayed in the Queen’s Stand at Epsom Downs racecourse for both days of The Cazoo Derby – Friday 3rd and Saturday 4th June. 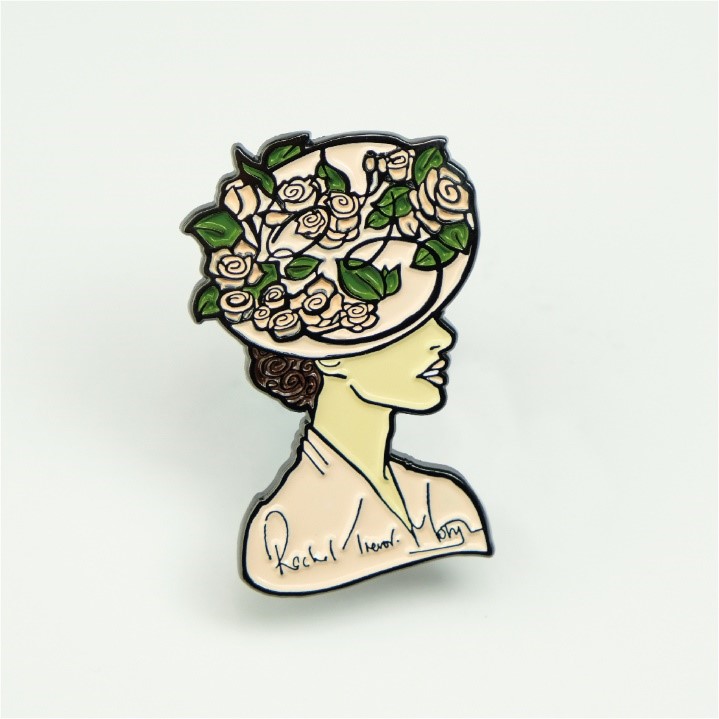 Hats and style are synonymous with horseracing and Her Majesty is probably the world’s most famous hat wearer so these colourful and stylish titfers will echo the excitement and ambience of Epsom over the first weekend in June.

The photo (above right) depicts some of the hats showcased by local models on the Royal Box balcony at Epsom Downs and includes our supporters Lisa Connell and Anne McEntee who also both modelled hats and represented Brain Tumour Research. 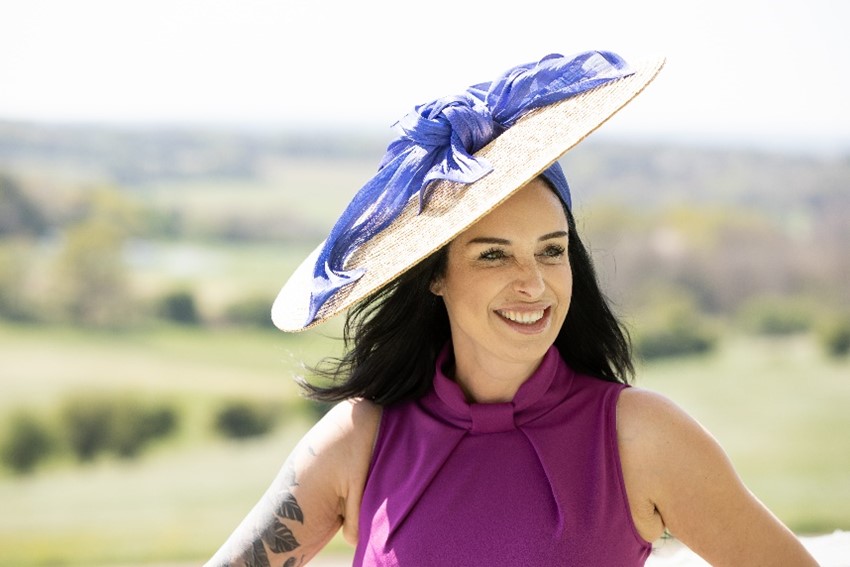 Lisa was diagnosed with an inoperable meningioma aged 26 after falling pregnant and suffering with double-vision. Sadly she lost the baby.

Having undergone Gamma Knife Surgery (a type of radiation therapy), some years later, when the tumour was found to be growing again, Lisa underwent tomotherapy, another type of radiotherapy.

Lisa, now 43, has been left with facial spasms which have increased in frequency over the years after an attempt to debulk the tumour barely removed 5%. Sometimes she can have up to 12 spasms a day accompanied with excruciating pain. Happily, Lisa went on to have a miracle baby, despite being told that getting pregnant would very likely cause her tumour to grow again and put her life and the baby’s at risk. Ruby is now six years old. 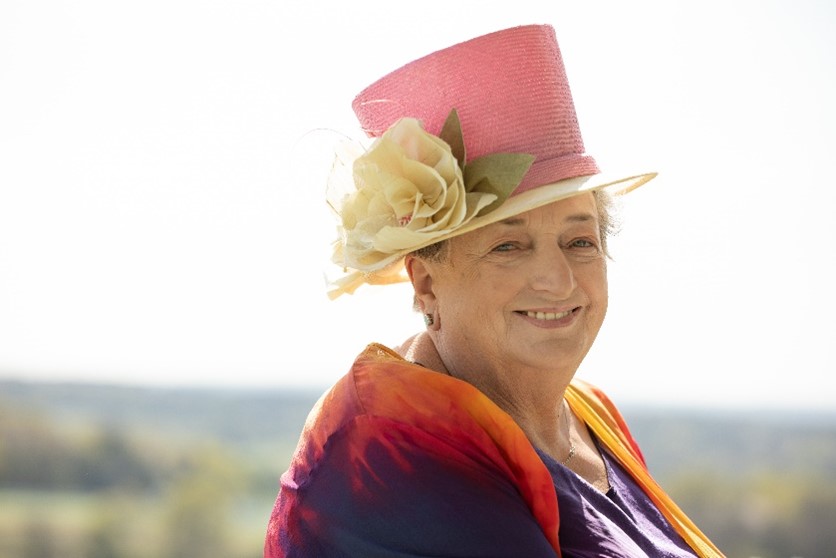 Anne McEntee who lives in Epsom lost her husband Tom two years after his diagnosis with a glioblastoma (GBM) in November 2015, despite enduring several operations, chemotherapy and radiotherapy. His diagnosis came about after he struggled with peripheral vision and experienced a tingling sensation in his arms and feet and ultimately what was initially thought to be a transient ischaemic attach (TIA). Tom was 67 when he died and as well as Anne, he left their three children and five grandchildren.

Since losing Tom, Anne has raised close to £25,000 and Lisa has recently set up a Fundraising Group called Officially Lisa Connell, both to improve outcomes for brain tumour patients and ultimately to help find a cure for brain tumours.

You can take a peek at the hats being auctioned here and if it inspires you to tune into your inner creativity while raising funds, why not register for Wear A Hat Day with Flowers?