The many forms of brain tumour activism 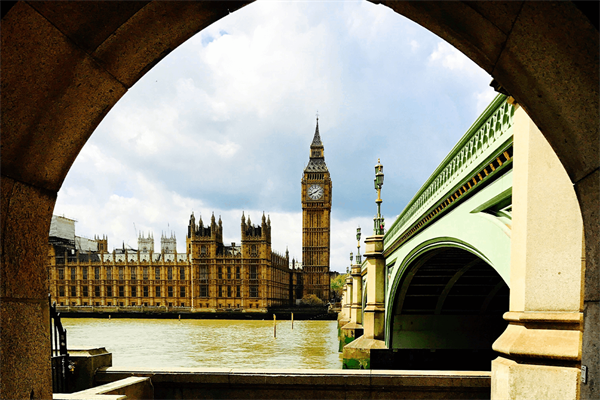 The BBC said: “In a tribute to Tom Parker who sadly passed away this week, his episode of Pointless Celebrities, which was recorded late last year, was brought forward with the full support and blessing of Tom's family.”

Heartbroken fans were left in floods of tears as they watched the singer and bandmate Max, 33, go on to win a £2,500 jackpot and when asked about the charities they were supporting, Tom said Brain Tumour Research with Max nominating The Brain Cancer Charity.

This meant a huge amount to us at Brain Tumour Research and showed just how much campaigning and engaging with the APPG on Brain Tumours had meant to Tom.

This emotional episode can be viewed for the next month on the BBC iPlayer: www.bbc.co.uk/iplayer/episode/m0016k58/pointless-celebrities-series-15-special

As the weather gets better, and we leave Brain Tumour Awareness Month and Wear A Hat Day behind for another year, there is a new campaign for you to support and promote as we encourage you to get fitter, enjoy the fresh air and sign up to our Jog 26.2 Miles in May Challenge. You can complete this virtual challenge in a way that suits you and at your own pace. For example, you could jog a different distance each day to clock up the miles throughout May. Or you could even choose to complete the full 26.2 miles in one go.

Jog around your local area, on a treadmill or do laps of your garden – it’s up to you! Get your friends, family or community/sports clubs involved as well and make it a fun challenge for everyone!

From our research centre at the Queen Mary University of London comes news of a research breakthrough which could mean more effective treatment for children with a high-grade brain tumour type.

Professor Silvia Marino worked on the study, which is published by the journal Neuro-Oncology, with her team at the Brain Tumour Research Centre of Excellence at Queen Mary University of London. She said: “There are four groups of medulloblastoma, each of them composed of different subtypes but, at the moment, all patients are treated with the same plan of surgical resection followed by chemotherapy and radiotherapy. Our research has shown that there could be important benefits for one of the subtypes of group four, by treatment with a combination of pre-existing drugs.”

Dr Karen Noble, Director of Research, Policy and Innovation at Brain Tumour Research, said: “The results of this study are very promising. A kinder, and more effective treatment for patients with medulloblastoma is much needed. Personalised medicine, tailoring treatments to the individual’s tumour, is the way forward, and this research shows that this could be possible for one sub-group of this disease.”

The news has been welcomed by the family of Rayhan Majid who was just four when he died in 2018 within months of a medulloblastoma diagnosis. His mum Nadia, from Airdrie near Glasgow, said: “Rayhan endured four operations, one of which left him unable to speak or walk, and six weeks of radiotherapy. He was on his first round of chemotherapy when he died. We were helpless as we watched our boy change from being full of laughter and energy to being unable to communicate or move. The treatment was almost as cruel as the disease itself and this cannot be right so any improvement for patients diagnosed in the future is long overdue.”

Rayhan’s story has already reached millions of people with widespread articles, including in The Times Scotland, and Nadia spoke emotively about her son’s tragic death on BBC Radio Scotland. The family is being supported by their MP Anum Qaisar-Javed, who raised the issue of childhood cancer research at Prime Minister’s Questions (PMQs) in September last year and has followed this up with a written request for a meeting with Prime Minister Boris Johnson.

September marks Childhood Cancer Awareness Month. Every day across the UK, 12 children and young people will be diagnosed with cancer, and, of those, two will not survive. My constituent Nadia Majid and her family are campaigning to improve research and funding in this field. Nadia’s son, Rayhan, was only four years old when he was diagnosed with an aggressive brain tumour. Rayhan tragically passed away only four months after his diagnosis. Will the Prime Minister join me in thanking all the doctors, nurses and support staff who work tirelessly to fight against childhood cancer and meet with me to discuss how the four nations can work together to improve research and funding into childhood cancers and to support families like Nadia’s?

I know that the hon. Lady echoes the thoughts of millions of people. There is not a family in this country that has not been touched by cancer. Childhood cancer is particularly tragic, which is why the Government are investing huge sums in research and also in supporting some of the fantastic charities that she mentions, particularly those investigating brain cancers.

It was the asking of this PMQ by Anum that first alerted us to Nadia and Rayham’s family and we are very proud to now have them as one of our wonderful fundraising groups – “Remembering Rayhan”.

Whether you start as a fundraiser or a campaigner you can do many things to support Brain Tumour Research and that includes being on the media as Nadia has done and as so many of you did last week.

Our friends at the International Brain Tumour Alliance have launched a Ukraine page on the IBTA website ( https://theibta.org/ - see link a quarter of the way down the home page) and are nearly finished with translating the resources on this page: https://theibta.org/ukraine/. They have also included an online “help” form in English and Ukrainian which patients and/or caregivers can complete.

Giulio Anichini is a neurosurgeon who also conducts research and when he is conducting research, he is funded by Brain Tumour Research. Mr Anichini has just passed his FRCS exam and we send him heartiest congratulations. This is the exam to become a Fellow of the Royal College of Surgeons. He told us “The FRCS is a title that is very highly considered both in the UK and abroad. It is quite tricky to get a consultant job in this country without this title. It has taken me a few years to pass this exam, which is quite common being a really challenging exam. In terms of my future career, it will allow me to be competitive on the UK job marked in terms of CV, knowledge and experience, mostly for neurosurgery consultant jobs, but not only. Most of my surgical work will be based on tumours, as my main subspecialties are exactly neuro-oncology and skull base (the latter being focused a lot on tumours too), and I hope to get a substantive post on these two subspecialties in the future. In regards to the advancements I hope to see in the next decade, I would say that the main priority is to get more radical surgical resection and minimize the occurrence of post-operative impairment. We essentially want to see our patients with the best possible neurological conditions… but with the whole tumour out of their brain! This is what our research is mostly focused on.”

We are now one year on from the report release.

At the time we wrote “Those who shout the loudest, those who have the momentum and the support of many MPs – those who are persistent and tenacious, those who have ministers advocating on their behalf, those who just won’t go away and cannot be ignored, those are the causes that are successful when it comes to having money allocated. The report although a milestone isn’t a full stop, it is the next step in our journey and will inform our asks of politicians over the course of the Parliament as we seek to work with them to get the funding parity needed. We believe the political will is there to make a difference, we just have to steer everyone on the right path and challenge some of the old ways of doing things, and your continued help and support will remain as vital as ever.”

These lessons can, and must, be applied to improving options and outcomes for brain tumour patients. We are mobilising the brain tumour community to speak with a common voice, we have many allies in the media as huge amounts of coverage in the last week have shown and now more MPs than ever have been made aware of our cause – we see this every week. Our fundraising grows with ever increasing income targets and ambitious plans to bring a new research centre into our stable later this year.

And we have growing numbers of you our activists and campaigners.

Although our activism takes many forms it has one goal. Everything we do is focused on the route to a cure for brain tumours.

Thank you for what you have done, are doing and will do to further the cause of Brain Tumour Research.