“David is alive, but the man I married died during brain surgery” 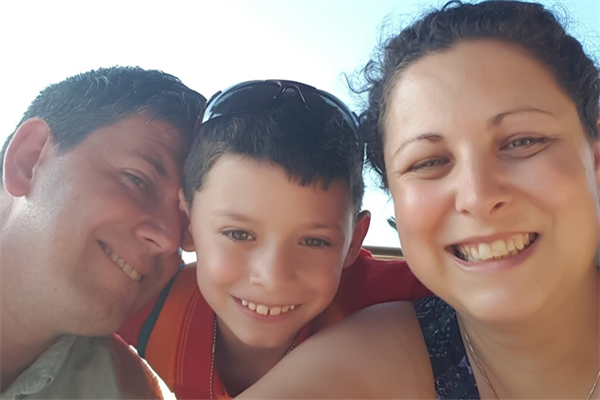 Helen Todd’s life changed dramatically after her husband David’s surgery to remove a grade 3 anaplastic oligodendroglioma left him with severe acquired brain injury. Keen to raise awareness, Helen, who is also a mum and works full-time alongside caring for David, shares a raw insight into the impact on their relationship and how she finds the positives:

The David I married in 2006 was an outgoing, laid-back man. He was an extrovert who could talk to anyone about anything. Our marriage was a partnership. We made all our decisions together – everything from where we should go on holiday to what colour we should paint the kitchen. We loved spending time together.

The day David had brain surgery, everything changed.

On Sunday 23rd July 2017, David suffered a seizure. The next day we found out he had an abnormality on his brain. We were told he had cancer on Tuesday. He met his neurosurgeon the following Thursday and then by the Monday, he was in surgery. In two weeks, our lives were turned upside down.

The second that David came out of his surgery, I knew he wasn’t David anymore.

David has severe acquired brain injury; he has no left frontal lobe. His surgery left him with disinhibition syndrome, he struggles to speak, he can’t really hold a conversation, his memory is bad, he can’t make decisions and he can’t plan ahead. So, everything falls to me.

I get David dressed in the morning. I cut up his meals at tea time. I push him in his wheelchair. If we go out, I make sure he has a snack and a drink with him. Put quite simply, I am now David’s carer.

As far as I’m concerned, I’m only David’s wife on paper now. The partnership and relationship that we had is gone. I no longer wear my wedding ring because I feel like a hypocrite wearing it. The man I married died during his brain surgery in 2017 and I’m essentially caring for someone I met the day he died. It’s tough to grieve for someone and the life you thought you would have, while caring for someone you don’t know.

David’s relationship with our son Josh, 14, has also changed. Josh is now his carer too. It’s not a father-son relationship anymore. The whole family dynamic has shifted.

The tumour is still there – there’s around 25% left – and we’re dealing with the aftermath every day. It hits me that this is now my life and it’s not the one I wanted. I made my marriage vows, ‘in sickness and in health’, but I never expected to be a carer in my 30s. That’s not something you sign up for.

We knew the risks associated with brain surgery. We signed the consent form and we laughed when it listed one of the possible consequences as death. We were trying to stop David’s brain tumour from killing him, yet one of the risks of doing that was death. We went through all of that to try to prolong David’s life, but what quality of life does he now really have with this brain injury?

But despite everything, I am determined to find the positives. 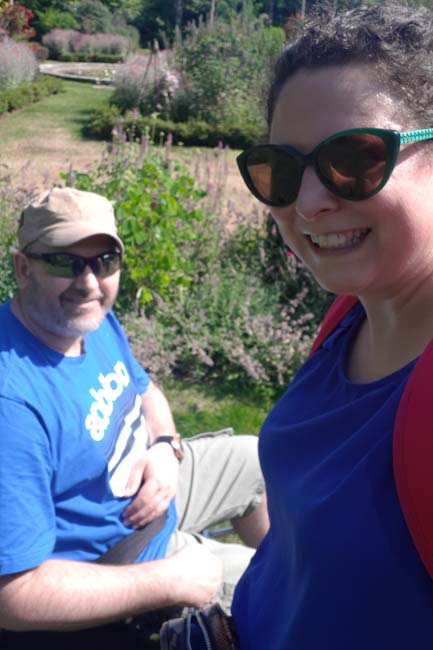 When something like this happens you really find out who your friends are. I have a small, but brilliant support network. My mum Tillie is a real help. She is one of David’s PAs and I don’t know if we could manage without her. And I’ve got two very close friends who, although I can’t drop everything and see them whenever I would like, are a great support.

When David was diagnosed with a brain tumour and we found out his only treatment options was surgery, followed by radiotherapy and one form of chemotherapy, I thought: “Seriously, is that it?”

It sounds naïve now, but we didn’t even know brain cancer was a thing! Once you start to looking into it and read the shocking statistics, you realise that more people need to know about this disease.

I’m sure everyone I know is sick of me constantly posting about brain tumours on my LinkedIn, Twitter and Instagram, but unless you tell people about it, they don’t know and they won’t care. Raising awareness is my positive.

If I can raise awareness of the symptoms so that if someone isn’t feeling right, they go to the doctor and get it ruled out, that’s my positive.

I’m not afraid to make my voice heard. I’m not afraid to talk to decision-makers. This horrific thing has happened to our family, but if I can help raise money for research and make people understand why increased funding is so vital so that other families don’t go through this, that’s my positive.

My brother says I’m very pragmatic. I think I’m a realist. These things happen to you and you have to choose how you deal with them. I could be a victim; I could say woe is me. I do have my moments, but I choose how I deal with it. For me being a driving force for change, making my voice heard and campaigning is how I’m dealing with it.