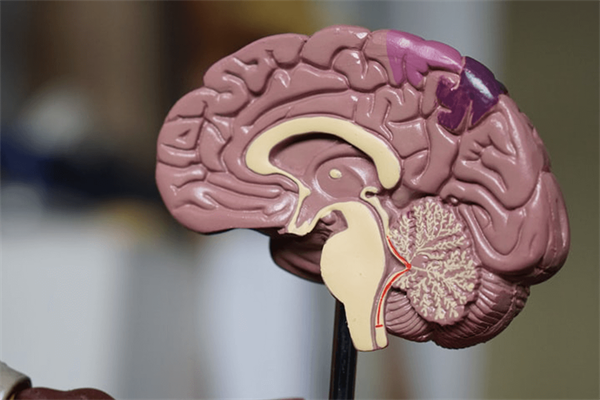 In last week’s update ‘ Cause and Effect’, I mentioned about things that we are frequently asked when we are talking about Brain Tumour Research on the radio or television, but there are other questions that come in by phone to the office, or via direct emails, that are received on an almost weekly basis. That is why we have a Frequently Asked Question page on our website – it is worth a look, even if you don’t have a specific query, to get a bit more background on our charity there’s everything from campaigning to celebrities.

To really understand Brain Tumour Research though, particularly if you are one of the many new campaigners and activists, then have a look at this blog written almost exactly a year ago. It was one of the most commented upon and began;

One thing I am often asked is whether there is a personal story behind my working for Brain Tumour Research – is there a personal connection that motivates my work? I used to say “No – that isn’t the case,” because strictly speaking it wasn’t, however, I stopped saying that very early into my time with the charity, many years ago (in case you don’t already know I am into my second decade at Brain Tumour Research) because there are many personal stories that motivate me and, in our charity, I’m not alone in feeling that.

We endeavour to produce blogs that are digital stories and another home for brain tumour stories is our magazine ‘Believe.’

Hot off the press is the latest issue of the news magazine for brain tumour activists jam-packed with inspiring stories, significant research news and breakthroughs, and updates from the world of campaigning. Stories include Paul Smith OBE’s incredible Snowdon wheelchair climb which saw him raise more than £11,000 for Brain Tumour Research. You can also read how Zara Taylor reached millions as she shared her story to raise awareness of this devastating disease and why she is determined to help find a cure. There’s a bumper crop of updates from our Fundraising Groups and Member Charities, and we look forward to this year’s Wear A Hat Day with a star-studded line up of celebrities who have been affected by brain tumours. – find out how to get your copy.

The big news this week was the first call for written evidence that will feed into the APPGBT Inquiry – ‘Pathway to a Cure – breaking down the barriers.’ You should have all received an email from me on Wednesday about this but to recap:

Brain Tumour Research, in our role of providing the secretariat for the All-Party Parliamentary Group on Brain Tumours (APPGBT) is calling for written evidence from brain tumour researchers, those working at the coalface, with the skills, talents and vision to unlock the uniquely complex puzzle posed by brain tumours. We want to hear from anybody conducting UK based brain tumour research about current practice experience and any existing barriers to progressing a cure and are asking scientists and clinicians to provide written evidence for the APPGBT inquiry ‘Pathway to a cure – breaking down the barriers’ which will examine the challenges facing researchers and then present proposals to Government.

The landmark 2016 Petitions committee report into funding for brain tumour research stated: “Brain tumour patients have been let down by a lack of leadership from successive governments… The Government must now put this right.”

Since then questions have been asked, comments have been made in debates and a £40 million funding allocation from the National Institute for Health Research (NIHR) was announced in 2018 but funding issues for vital brain tumour research continue to be raised and barriers continue to be identified.

The APPGBT inquiry seeks to move from ‘talk to action,’ focus on solutions rather than problems and is today ready to take its next steps on this major piece of work that will shift the landscape for UK brain tumour research.

We want to hear from anybody conducting UK based brain tumour research about current practice experience, any existing barriers to progressing a cure and what needs to be done to resolve them.

This link will take you to the survey to be completed (it is also attached) and returned to inquiry@braintumourappg.org. The deadline for completion is Sunday 13th February.

Please share this link or email with your oncologist, your surgeon or your clinical team and help us change the rhetoric and bring hope to thousands of patients and their families.

We have already received a number of completed surveys and also we have heard from you about how you have been in touch with the professionals who have been with you on your brain tumour journeys – now they can share theirs with us and the APPGBT.

These are exciting times!

The “reignited” Cancer Moonshot announced by President Joe Biden this week didn’t suggest a deadline for wiping out cancer but sets a long-term goal of gradually reducing cancer deaths. The plan focuses on research in several areas, including preventive vaccines and blood tests that screen for multiple cancers.

In 2016, then–Vice President Biden launched the original Cancer Moonshot after his son Beau died from brain cancer, winning congressional backing to spend $1.8 billion over seven years. The project has focused largely on immunotherapies, paediatric cancer treatments, and data sharing and aimed to make a decade of progress in five years. The new Moonshot aims to cut cancer deaths by at least 50% over the next 25 years, and to improve the experience of those being treated for and surviving cancer and will “end cancer as we know it today.” Brain Tumour Research were very pleased to attend a meeting of NCRI partners this week to discuss the opportunity for the UK to partner in this initiative.

It is encouraging to read about this focus on immunotherapies and own interest in this innovative area was spurred by reading the remarkable book The Breakthrough: immunotherapy and the race to cure cancer. The news of Biden’s announcement coincided with news that two of the first human patients to be treated with a revolutionary therapy that engineers immune cells to target specific types of cancer still possess cancer-killing cells a decade later with no sign of their illness returning.

However, this was in blood cancer and, according to researchers involved, “Solid cancers are harder to treat with CAR T-cells because they surround themselves with proteins and cells which shield them from the immune system. This is called the ‘tumour microenvironment’. We know that CAR T-cells can work well against solid cancer. For example, [we] have shown that they are active against solid cancers like neuroblastoma; however, the CAR T-cells are overwhelmed by the microenvironment.”

The harshness of treatments, the cut, burn, poison techniques that may one day be replaced by kinder treatments such as immunotherapies, are such a feature of our community -particularly in the stories of children. MPs who attended the last APPG (the minutes of the meeting are here) were so very moved by Holly Roberts talking about her son Larsen - as she told us “the desperation for kinder (and more successful) treatments is the real drive for us. Larsen died from the chemotherapy and in fact almost every side effect and problem he encountered was from surgery and treatment and not from his tumour. “

There is an update on last week’s news about an amendment in the Government’s Health and Care Bill not being taken forward. It now appears that following a Lord’s debate on the embedding of clinical research into healthcare the Government’s Minister for Innovation, Lord Kamall, has now agreed to take forward discussions on research before the Bill proceeds further. More in this blog from the Association of Medical Research Charities (AMRC) – an organisation we are members of and who we are supportive of for many reasons, including the development opportunities they provide, one of which I was able to take advantage of this week – teaching an old dog new tricks!

Finally, and once again this has been signposted before, but making no apologies for that, if you have a moment this weekend please do have a look at this gentle, thoughtful and very moving film featuring brain tumour activist Amani.