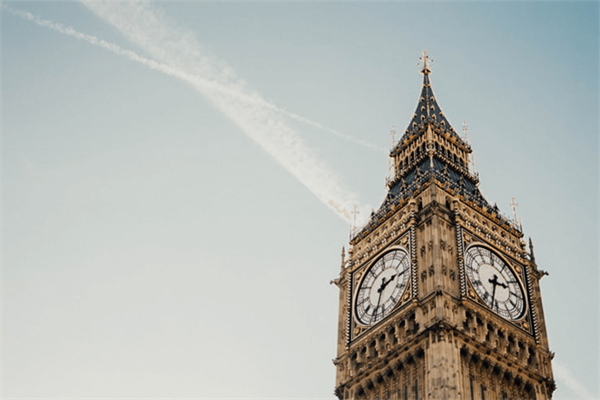 This week your invites, some based on my template, some beautifully and movingly adapted, have been flying out to your constituency MPs requesting they join the APPG on Brain Tumours on Tuesday 7th  December ( see here for the template to use if you haven’t already).

Thank you so much.

As ever my first worry with an APPG is that the meeting will be quorate, have enough attending Parliamentarians to make it a ‘proper’ meeting and to be able to conduct official business and make decisions. I don’t want to tempt fate but things are looking good with new faces already expected at the table – well done, but just to be on the safe side please do contact your MP and don’t forget to Cc hugh@braintumourresearch.org

The success of APPGBT invites combined with lots of new campaigners signing up to receive these updates – a sincere welcome to all of you - following our posts about Larsen and Ria, means it has been an optimistic week. We have a dedicated and growing number of supportive politicians and that is all thanks to you and is a tribute to the reason you campaign for Brain Tumour Research.

Campaigning doesn’t always bring optimism, especially if you feel you aren’t being listened to, and we know some MPs have failed to reply time after time to requests from our community to join the APPGBT or to support one of our campaigns such as Wear A Hat Day. I know it is frustrating, but MPs do have a huge inbox and in general are some of the most hard working and public-spirited people I have ever met. If you are feeling frustrated and as if no one is listening then let us celebrate the news that the Government is to invest £375 million in neuro degenerative disease research. At least £50 million will be made available specifically for research to help find a cure for Motor Neurone Disease (MND). New, innovative projects will help researchers to better understand the disease and its related conditions, develop and test treatments and improve care for those living with MND. We look forward to this money being awarded to researchers in a timely fashion

This is being hailed as a true victory for campaigners. MND had celebrity sporting ambassadors, like Rob Burrow and Dodie Weir (who both have their own MND diagnosis), huge media interest particularly from the Sunday Express and BBC Breakfast plus erudite spokespeople including scientists espousing the need for funding for medical research. Combined, this ask for funding became irresistible leading to this week’s announcement.

As someone who has worked for Brain Tumour Research for over eleven years, I know how much there is to do but I also know how much we have already done.

As we seek to build alliances across neuroscience as well as across cancer, we will be watching what this newly funded research can deliver that may be relevant for brain tumour patients.

A quick heads up on a BBC One programme being broadcast on Tuesday evening at 11:35. Called ‘Britney’ it is written by and starring Charly Clive and Ellen Robertson and based on a sell-out live show. It is the true story of an extraordinary friendship amidst the reality of living with a brain tumour diagnosis (the tumour is fondly named Britney after the one and only icon).

I was fortunate to meet Charly and have a chat just before lockdown and she is very supportive of Wear A Hat Day and our work.

We are really looking forward to the programme which will be another way of raising awareness of the indiscriminate nature of brain tumours.

Also, in the public eye recently has been headlines about MPs acting as paid political consultants. The “sleaze row” has sparked conversation (and sometimes debate) about the role of lobbying and public affairs in political life. Whilst the focus has been on MPs lobbying Government on behalf of companies they are paid by whilst serving in Parliament, less attention has been paid to the role public affairs consultants play in supporting organisations like Brain Tumour Research to achieve their aims. At Brain Tumour Research, we work with a political consultancy to support our activities in Westminster. They provide expertise and insight into the workings of Government and Parliament, advising us on political developments to ensure we stay up to date with what is going on in the world in politics. They also support us in engagement efforts such as Parliamentary Questions, letters to Ministers, and outreach to Parliamentarians. For Brain Tumour Research, working with a political consultancy enables us to maximise our engagement with politicians in Westminster and expand the reach of our message. So, for us, lobbying is not a dirty word but a central part of our campaigning armoury and an opportunity to engage with experts to advise us

Similarly, on occasion we ally ourselves with much larger charities and coalitions who have extensive resource in the public affairs space. They can help us with the so-called heavy lifting whilst we can ensure that the voice of brain tumour patients and the cause of better funded early-stage research is heard. A good example of this, which has been mentioned in previous blogs, is that Brain Tumour Research has been one of more than 60 organisations supporting an amendment to the Health and Care Bill to strengthen workforce planning.

The workforce amendment, which was championed by Rt Hon Jeremy Hunt MP who did an excellent job promoting the amendment in the media and meeting with Ministers behind the scenes in the run up to the Report Stage to try and get some movement on this crucial issue. It was heartening to see so much cross-party support for the amendment with it dominating speeches and debate in the afternoon session.

Alas, whilst it was a positive move that the amendment was pushed to a vote with all opposition parties supporting it with around 15 Conservatives breaking the whip and voting against the Government, the amendment unfortunately did not pass with 280 votes vs 219 votes. It was always going to be very difficult to move the Government in the Commons, but we made significant progress in raising this as an issue which will prove a real asset in the next stages of the Bill.

So, we are now gearing up to take the fight into the House of Lord’s where we are much more confident in building enough support across all sections of the House to carry the vote on this amendment. The Second Reading in the House of Lords has been scheduled for 7th December – the same day as the APPGBT and we are expecting the Committee stage to commence in mid-January

There is always a lot going on and I really recommend keeping an eye on our Latest News page – as well as campaigning news there are research updates about published papers and new team members and stories of fundraising endeavours too. Some of our supporters choose to focus on one area to support us – campaigning, or fundraising for example, but for others they throw themselves into it all, campaigning, fundraising, being an ambassador. They are our activists and in 2022 we will be doing more with our activists and making sure we meet up with them regularly to exchange information and ideas. If being an activist for Brain Tumour Research sounds like something you’d like to be drop me an email to let me know.