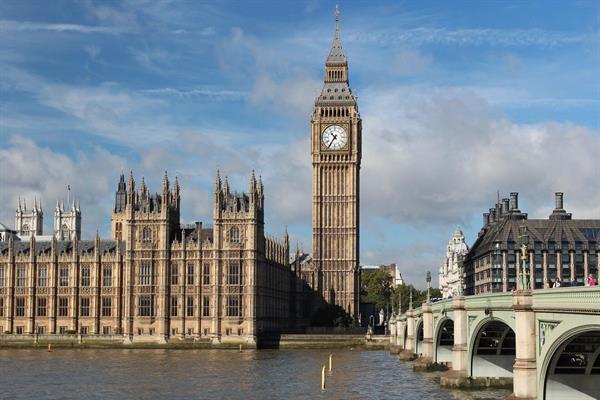 A welcome video clip from Derek Thomas MP, Chair of the APPG on Brain Tumours (APPGBT) was shown to attendees at the beginning of the event and Derek made clear his interest in novel drug delivery and his passion to improve outcomes for paediatric brain tumour patients. He mentioned that this would form key points of focus of the APPGBT’s recently announced inquiry – ‘Pathway to a Cure – breaking down the barriers’. The alliance of politicians, funders, charities and researchers can only be a positive movement toward real progress and although these campaigning updates rarely begin with a focus on conferences attended this did seem a particularly positive event.

A team of scientists and doctors at the Institute of Cancer Research (ICR), London, has found that using a skin cancer drug and a blood cancer drug together could be effective in combating DIPG. There was also news of a study, the first of its kind in the UK, looking at the impact of ethnicity on brain tumour survival.

Coming on the heels of stories such as ‘Optimism for first targeted brain cancer treatment’ it is clear that there is significant media appetite for brain tumour stories, particularly if they show promise for improving patient options and outcomes.

This is a really good thing!

It demonstrates progress and this can lead to momentum and a perception of achievement and potential that encourages new funding and funders. This is precisely why brain tumour research funding has historically fallen behind funding for other site-specific cancers such as breast cancer. One of the only certainties is that more money invested in science will take us closer to a cure. Money invested in breast cancer research led to progress leading to more money being allocated. Funders like to invest where the progress is being made and that is why we prioritise promoting published scientific papers from our dedicated research centres such as this one on a blood test to grade meningioma and the recent breakthrough in understanding the epigenetics of glioblastoma. Through our centre funding model, our centres are demonstrating impact and attracting new money – this is the way to push toward our vision of a cure for all types of brain tumours.

The past fortnight has seen Brain Tumour Research at a meeting with the Scottish Cabinet Secretary for Health and Social Care,  a meeting of the  ‘Health and Care Bill - workforce amendment taskforce’ which is being led by the Royal College of Physicians, a meeting chaired by a lobbying company about better engagement by charities with the pharma industry, a meeting with the Wales Cancer Research Centre who are looking to forge closer links with the third sector and an all member meeting of Cancer 52 (an alliance of over 90 organisations, united in improving the future for everyone affected by rare and less common cancer).

This is all about visibility, awareness, being the voice of the brain tumour research community and making sure our voice is heard.

Vital as these meetings are it is our work with the APPGBT and their meetings that really fires us up.

Some of you have been asking about the date for the next meeting of the APPGBT. I hope to be able to share that with you next week, plus the exciting agenda. Once again, we will be asking all of you to then contact your MPs to ask them to make every effort to join the meeting (next week I will provide a template email for you to do just that).

The 2nd question asked by Nadia Whittombe MP ( see last week’s update for the first one) was answered by Health Minister Maria Caulfield last week. When asked what assessment he (the Secretary of State for Health) has made “for the implications of his policies of the findings of the Level Up and Stop the Devastation Report from Brain Tumour Research on creating a dedicated levelling up brain tumour research fund.”

“The Department agrees further brain tumour research is vital for improving the treatment and outcome for these patients. In 2018, we announced £40 million over five years for the Tessa Jowell Brain Cancer Mission via the National Institute for Health Research (NIHR). To encourage applications for this research, the NIHR is supporting the research community in submitting fundable proposals. The NIHR also continues to encourage brain tumour research applications. We therefore have no plans for a dedicated fund.”

If that sounds familiar then that is because it is, but it is up to us to do better, to help guide our MPs to ask the questions that move the agenda along and if the answers that are forthcoming don’t answer the question, then we ask it again. It isn’t just Ministers though; we must ask other funding organisations and clinicians and scientists and policy makers, what they can do and what they can do differently. The important thing here is that we are all fundamentally on the same page because we all agree the current state of play, with regards funding for brain tumour research, isn’t acceptable.

So, what’s next? We must turn sympathy to strategy.

At this week’s conference it was said that the time it takes to secure funding, plan, conform with processes and execute a clinical trial into DIPG would be longer than the prognosis for a child diagnosed with that monstrous disease.

If the system has evolved that delivers that absurdity it must be challenged, continually, passionately but constructively.

No one can do all that needs to be done on their own. We are interdependent, but it is campaigners and activism that move the agenda forward. Funders want to fund, researchers want to research, clinicians want to cure but it is campaigners who will move this up the agenda and, to return to the beginning of this update, that is why, at this week’s workshop “the alliance of politicians, funders, charities and researchers can only be a positive movement toward real progress.”

It is with great sadness that we close this week’s update saluting Dave (Did) Hopkins. He leaves behind his wife Nicki and three children, Dylan, Lydia and Sydney. As the family sought, researched and self-funded treatment overseas, treatment not offered on the NHS, Nicki became one of our most passionate campaigners, speaking at events and engaging her MP, Holly Mumby Croft who has become an officer of the APPGBT.

RIP Dave and our sincerest condolences to all who knew and loved him – you won’t be forgotten because you are the reason we do what we do.