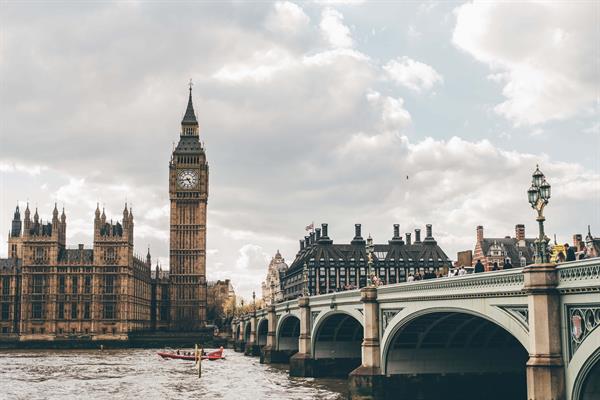 Some very positive news to begin with this week, as in a welcome move, The Department of Health and Social Care (DHSC) and the Tessa Jowell Brain Cancer Mission (TJBCM) are facilitating two free webinars aimed at increasing the number of successful funding applications in brain tumour research. To be held on 5th and 7th October they will provide an overview of current funding opportunities and how to create a successful proposal.

Our Chief Executive, Sue Farrington Smith MBE, is excited to be presenting at the event and said: “It is testament to the hard work and tenacity of the APPG on Brain Tumours (APPGBT), for whom we provide the secretariat, that these workshops are now taking place. Through the APPGBT we identified the low success rate for research applications and the fact that three years after £40 million was declared available for allocation through the NIHR to brain tumour research, less than 25% of that amount has actually been allocated to researchers. The APPG also provided the platform for researchers, most particularly Professor Kathreena Kurian, Professor of Neuropathology at the Bristol Medical School (PHS) Brain Tumour Centre, to propose a way forward, and it is that innovative yet persistent approach that has led to this announcement. I’m very proud to be taking part and sincerely hope the outcome will be more money being allocated to the researchers because it is they who hold the key to unlocking the unique puzzle that brain tumours pose.”

The webinars are open to all researchers and clinicians who want to apply for brain tumour research funding and you can register here; - https://www.eventbrite.co.uk/e/funding-in-brain-tumour-research-successes-pitfalls-opportunities-tickets-170443675622

It was only last month that in response to a question from Sarah Olney (Lib Dem, Richmond Park) that Health Minister Edward Argar said “Brain tumour research is a difficult area with a relatively small research community. We are increasing this field, by providing workshops for researchers and training for clinicians.” At the time we asked when and now we have the answer. It was back in November last year though that Professor Kurian blogged on our website about better accessing the £40 million.

Things can take time and on that theme, I was interested to read a press release this week about lung cancer patients getting a breakthrough drug on NHS and that they will be the first in Europe to be offered a revolutionary new drug which stops tumours growing by targeting the so-called “Death Star” mutation.  According to the release;

“The cutting-edge therapy Sotorasib will be fast-tracked to NHS patients after being proven in clinical trials to stop lung cancer growing for seven months. The drug’s adoption by NHS follows a 40-year search for a treatment for the mutation on the KRAS gene, present in a quarter of all tumours, which has been dubbed the “Death Star” because of its spherical appearance and impenetrable nature.”

Yes it takes time but it is vital, it must be done. The second interesting point in the release is the speed in which research breakthroughs can be taken to patients. Project Orbis is an international partnership between medicines regulators in the UK, U.S., Australia and others, set up to speed up the approval process for promising cancer treatments, and in the case of Sotorasib it is the second Orbis-licenced drug the NHS in England has made available through a national access agreement.

The APPGBT inquiry will look at the questions of potential ‘quick wins’ of drug repurposing and novel drug delivery as well as long term funding for research.

I mentioned in an August update the ‘End reviews of PIP and ESA awards for people with lifelong illnesses’ e-petition;

People with a lifelong illness should not be subject to regular reviews for eligibility for the Personal Independence Payment (PIP) or Employment and Support Allowance (ESA). People suffering lifelong conditions should not have to prove they are still ill every couple of years

I and others like myself have been awarded PIP and ESA for lifelong illnesses yet have to be subjected to reviews for both benefits even though these conditions are for life!

These reviews mean that people like myself are subject to repeated interviews with people who often have no idea about the conditions we suffer from, and in many case the stress of these reviews causes a flare up and worsens the condition.

These reviews are unnecessary and need to stop!

Having sailed past 10,000 signatures this e-petition has prompted a Governmental response.

We know this is an emotive and important issue for many of you and you can find out the response here.

The Association of Medical Research Charities (AMRC) has written to NHS Digital, sharing a joint statement signed by 20 medical research charities, including Brain Tumour Research, which outlines concerns and key asks for implementing the GP Data for Planning and Research (GPDPR) programme. The statement highlights charities’ support for the use of GP data for research, but urges NHS Digital to communicate proactively, transparently and responsively to ensure public trust in the programme. It specifically calls for more clarity about the choices available for people to opt-out, the commercial access to data, and the proposal to introduce Trusted Research Environments.

This week there has been widespread coverage that a blood test that finds 50 types of cancer is accurate enough to be rolled out. Currently, no form of brain cancer is among the 50 cancer types listed however we understand from Grail that “research on the test so far shows it is capable of identifying at least 50 cancers, but until the usage of the test is scaled up (partly through this trial) it's impossible to be more precise - it may well be a fair bit more than 50.”

Meetings I was lucky enough to attend this week included presentations about engaging with National Institute for Health and Care Excellence (NICE) and one from the National Cancer Research Institute (NCRI) on inputting into their Cancer Research Database – both areas are so important. NICE consultations can appear extremely complicated but we need to feedback on what is happening at the clinical end of research and with the NCRI, and we are partners of the NCRI, to have a comprehensive overview of funding enables us to make comparative analysis and to understand and fill funding gaps.

This unpicking of the situation will again be an inquiry focus and something we will arm our supportive Parliamentarians with so that they can ask the questions and get the answers we need to identify barriers, to recognise where we are progressing and where we aren’t.

We want them to help us to cut through any political smoke screening.

We had email contact with Anum Qaisar-Javed (SNP, Airdrie and Shotts) in July, she is supportive of the APPGBT and yesterday at PMQs she asked the Prime Minister;

“September marks Childhood Cancer Awareness Month. Every day across the UK, 12 children and young people will be diagnosed with cancer, and, of those, two will not survive. My constituent Nadia Majid and her family are campaigning to improve research and funding in this field. Nadia’s son, Rayhan, was only four years old when he was diagnosed with an aggressive brain tumour. Rayhan tragically passed away only four months after his diagnosis. Will the Prime Minister join me in thanking all the doctors, nurses and support staff who work tirelessly to fight against childhood cancer and meet with me to discuss how the four nations can work together to improve research and funding into childhood cancers and to support families like Nadia’s?”

The Prime Minister’s response was;

“I know that the hon. Lady echoes the thoughts of millions of people. There is not a family in this country that has not been touched by cancer. Childhood cancer is particularly tragic, which is why the Government are investing huge sums in research and also in supporting some of the fantastic charities that she mentions, particularly those investigating brain cancers.”

We do need to investigate further here because from our perspective the burden of support for research into brain tumours, including paediatric tumours is falling fair and square on the third sector. We need to fund more research nationally and that is why the Government must step up in their support of “fantastic charities … particularly those investigating brain cancers”

We also welcome Anum mentioning the four nations – we are all in this together.

“…what discussions he has had with his Cabinet colleagues on improving the availability of and access to clinical trials in the UK for families affected by brain and childhood cancers?”

“The Secretary of State has not had any specific conversations with Cabinet colleagues on improving the availability of and access to clinical trials in the United Kingdom for families affected by brain and childhood cancers. We are determined to make it as easy as possible for the public to identify the availability of, and access to, research happening across the country, including brain and childhood cancers, and enable them to take part. We have launched the “Be Part of Research” study search application and website, which helps people to find out about health research, including clinical trials, of interest to them.

Yes, and as I wrote at the beginning of this update, we are working with the Tessa Jowell Brain Cancer Mission too on the funding workshops. Working together with charities, Government and Industry has to be the best way forward – it is what Brain Tumour Research is lobbying for. To be partisan, to promote self-interest, to pass the buck and to abdicate responsibility won’t get us closer to our vision of a cure and it will slow us down.

And we know that drug development takes long enough already.

If you have read to the end of this to see why there is a reference to Ed Sheeran then I am pleased to say he has been added to the list of acts at a music event I am going to on Monday evening. Organised by Tom Parker, singer of the band The Wanted – Tom is also a high profile GBM patient. He was due to talk at the summer APPG but was unwell however he has met with the Chair of the APPGBT Derek Thomas (Con St Ives) and Tom is a keen campaigner; we hope to work with him further. His brain tumour story so far has been filmed by Channel 4 as part of the Stand Up To Cancer strand and the resulting film will be transmitted in October.