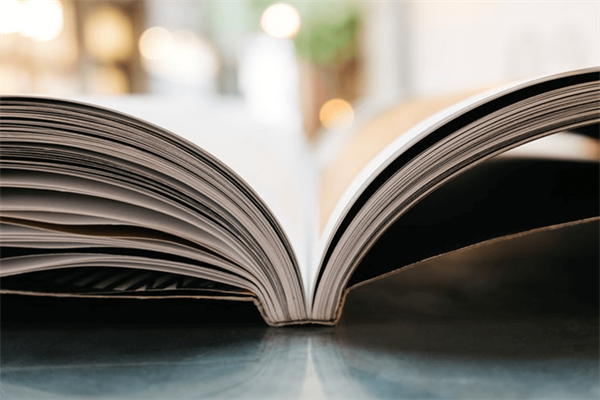 Even if it seems that everybody is on holiday this week there have still been enough people working to make it a very busy week.

We were delighted to be invited to join a cancer charity roundtable by Shadow Health Minister Alex Norris. The subject for discussion was the Health and Social Care Bill which goes into the committee stage as soon as Parliament returns the week after next. Although much of the bill concerns patient care, data collection and workforce – areas that would not naturally be something we, as a research funding charity, would campaign about, it was good to be at the table with larger charities. It was an opportunity to, again, make the case for research as a frontline service and to point out that the Department of Health and Social Care (DHSC) needs to work collaboratively with the Department for Business, Energy and Industrial Strategy (BEIS) to ensure funding is received for the complete translational pipeline because it is that pipeline that will deliver new drug options from the scientist’s bench to the patient’s bedside.

We also joined a planning meeting of the APPG on Cancer this week. The secretariat for that group is provided by MacMillan but once again it is so important, we are there to wave the flag for early-stage science. It is a question of balance of course. End of life care, quality of life and the patient experience are vital areas and Marie Curie and MacMillan do wonderful work in the campaigning arena as well as in the wider population on these areas but if we are to defeat cancer it is the research that will underpin the clinical innovation. As we all know research funding has been cruelly inadequate historically and that is why we campaign. At Brain Tumour Research we are collegiate, of course, but we will always stand up for our vision, our mission and our community.

There was sad news about UB40 saxophone player Brian Travers this week. Our great friends The Christians are back on the road post pandemic and we caught up with them ahead of their Milton Keynes gig on Thursday evening. Singer Garry Christian became involved with us following the death of his brother and former bandmate, Roger from a brain tumour.

Garry told us “We have been on the same bill as UB40 many times over the years and I knew Brian to be a top bloke. 62 is no age and as a band we send condolences to UB40 and to all those who knew and loved Brian.” Garry continued “I’ve been a proud supporter of Brain Tumour Research since 2014 and when I first got involved, I was so shocked to find out how little has changed for the majority of brain tumour patients on diagnosis since Roger became ill. However, as the charity has grown, more people, including politicians are sitting up and taking notice. It was a great pleasure to attend a charity event at Westminster a few years ago and I think these events have had an impact. I honestly believe real change in research funding is just around the corner and I am proud to have played a small part in that momentum. I’ll continue spreading the word because our cause is too important not too and working together, we can make the difference we are all so desperate for.”

As well as musicians returning to the stage so are actors and we are raising awareness through collaborating with theatrical events.

Described by Buzz Magazine as an “insightful and sensitive look at the subject of death, cancer and love” ‘Don’t Send Flowers’ is a play being performed for the first time at the end of this month at the White Bear Theatre in London. Written by Emily Garside and produced by Olivia Burgin it is an emotional piece centring on three characters who are in therapy for different reasons. The characters, who meet in the waiting room of their therapist, include Joanne who is there having been diagnosed with a brain tumour.

We have supported the production in their desire to be as authentic as possible in the brain tumour portrayal and have connected the team to a clinician at one of our research centres. A week before opening night we spoke with Olivia who told us; “The brain tumour angle is a driving theme in the play depicting Joanne in the late stages of brain cancer, up to her death. We have worked with several experts on the portrayal and the pacing of the cancer, it is really important to us that the clinical side of the disease was shown with honesty without being sensationalist. Prior to working on this piece, I now realise, I knew so little about this devastating disease and the disproportionate effect it has on younger people due to it being indiscriminate. I am sure I speak for everyone concerned with the production when I say we fully support the vision of Brain Tumour Research in seeking a cure for brain tumours and we hope our play will help to raise awareness and also to motivate people to campaign and fundraise. Clearly, we all need to do more because the current situation for those diagnosed with this disease is intolerable.”

For more information and to buy tickets visit https://www.whitebeartheatre.co.uk/whatson/Don't-Send-Flowers (and if you book for Tuesday evening come and say hello as I will be there and give a short talk to the audience before the show begins).

We are also working with an actress and the team behind her one woman show opening soon – a show that describes her own brain tumour story. At 26 Phoebe had just been cast in her dream role at The National Theatre; at the same time, she was diagnosed with incurable cancer in the area of her brain that controls speech, language and memory – there will be much more on this to come.

Also coming soon, we are planning an interview with the author of a new book on grief and widowhood describing the year following her husband’s death from his brain tumour. It is extraordinarily powerful stuff so please do keep an eye on our Latest News pages and, of course, our social media output.

Music, theatre and literature are ways that we can raise awareness and, through working differently and exploring new avenues, we are reaching new people. These are just other facets to our campaigning and as you know (because we say it all the time) people can’t support a cause if they don’t know it exists.

Please do let me know your ideas on who we might approach to support Brain Tumour Research and if you already have a connection to open that initial door then so much the better.

Remaining on the subject of literature, if you have the time and the inclination to read a brain tumour focused book this summer (or what remains of it!) you will find many very strong recommendations in our reading list here

One read you must not miss is the Autumn edition of Believe, our news magazine for brain tumour activists, which if you are already signed up to receive it will be coming through your letterbox soon.

We’re putting the finishing touches on the new issue, which is filled with stories about inspiring supporters and fundraising challenges, research news, and milestone moments in our campaigning. We also share some of the ways you can support the charity in the coming months, introduce you to our newest Fundraising Groups and share updates from our Member Charities.

You can receive Believe by completing our online form with your full address details and opting in to receive postal communications from us.

We’re on the lookout for amazing supporters to distribute copies of Believe to help us reach more people and inspire them to support our cause.

We’d love it if you could get Believe into your workplace, local school, social club, library, GP surgery or community centre – anywhere you can think of – to help us raise awareness of this devastating disease.

To receive a box of 100 copies of Believe, please fill out our contact form and include “Box of Believe” in the message box.

There won’t be a campaigning update next week but it will return on 10th September.