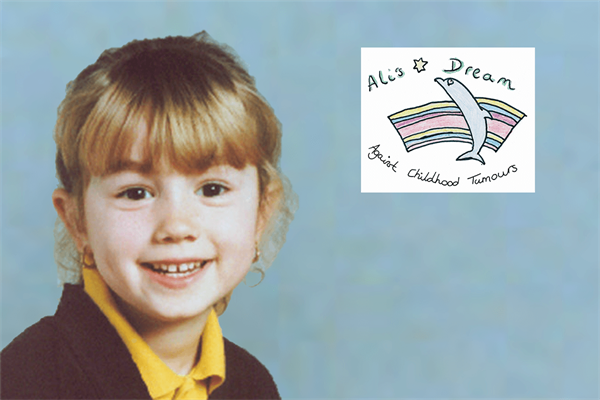 This week marked the 20th anniversary of the loss of Alison Phelan, the beloved niece of Brain Tumour Research Chief Executive Sue Farrington Smith MBE. Ali had been diagnosed with a brain stem glioma in August 2000 and her family was shocked and horrified to discover how little funding went into research into brain tumours despite it being the biggest cancer killer of children and adults under the age of 40. Determined to help others, they set up the charity Ali’s Dream. Their charity was instrumental in establishing the All-Party Parliamentary Group on Brain Tumours and led the coming together of brain tumour charities to launch Brain Tumour Research.

Ali’s legacy continues to drive our campaigning and you can rest assured that we won’t let the dust settle following the evidence session for the Petitions Committee that took place on 27th May. You can access the full written transcripts now, they are here and here.

A number of you have been in touch expressing a degree of frustration with some of the responses from Government.

We share your concerns and for us the next steps are to proceed thoughtfully and develop a new series of questions for Parliamentarians to ask and answer, and where possible avoid asking the same questions again because the danger is that they will only elicit the same responses.

What we will do with our growing number of parliamentary advocates is ask the questions that will enable us to build a bigger picture and then to proceed accordingly as the opportunities and barriers reveal and present themselves.

We must be planned, considered and thoughtful in our approach if we are to move things forward with the Government.

We must also take forward actions that we are able to influence. The workshops for researchers applying for an allocation of the NIHR £40 million being one. If the charity sector can be a shining example of collaborative working and a will to get things done then that demonstrates best practice to others.

We are really pleased to report that on a near daily basis we are receiving emails from you forwarded on from your MPs who have received ministerial replies for their brain tumour research related enquiries.

These MPs are the “growing number of parliamentary advocates” mentioned above.

They include John McDonnell MP who last week asked the Secretary of State for Health and Social Care, “with reference to the oral contribution of the Prime Minister of 12th May 2021, Official Report, column 158, what steps he is taking to increase brain tumour research?”

The oral contribution Mr McDonnell refers to is when, in response to a question on neurorehabilitation from Chris Bryant MP the PM said “but brain cancer is an area that is too often neglected in our system and may fall through the cracks.”

I mentioned our growing numbers of Parliamentary advocates and we are really pleased to report a record month for adding to the number of brain tumour campaigners receiving these weekly updates via email.

One more Westminster story and that is Dan and Sonia’s which has been picked up in the media – including The Mirror -  and Tweeted and ReTweeted by a number of MPs because Dan, Sonia and their dog Bella are well known at Westminster where Dan is a parliamentary researcher.

There has been plenty of activity, with plenty more planned, in the devolved nations too, with a meeting of the Scottish Cancer Coalition. Joe Woollcott from Brain Tumour Research acts as Coalition representative on the Clinical Trials working group. He said: “The Coalition is working to identify and propose solutions to the challenges surrounding clinical trials as services recover from the effects of the pandemic. I firmly believe that we are currently presented with an opportunity to not just recover affected services but improve and build a better, more resilient system. It is extremely encouraging to see the Scottish Government, NHS and third sector working so closely to safeguard and embed cancer research now and in the future.”

We are also able to announce, and indeed are proud to do so, that we have joined the Wales Cancer Alliance, a coalition of 20 charities working to prevent cancer, improve care, fund research and influence policy in Wales.

Next week we have a planning meeting for the July meeting of the APPG and it will be interesting to hear from our Chair, Derek Thomas, all the news about the G7 summit which has been taking place in his constituency this week. For those of you not already aware the son of US President Joe Biden, Beau died from a GBM – the sixth anniversary of his death was ten days ago.

Some very sad news to end with for any of you who knew, or knew of, the UK born but US based, brain tumour campaigner and ‘Our Brain Bank’ founder, Jessica Morris. A total force of nature Jessica died on 8th June leaving her family and many friends bereft – if you click on the link you will see a photo of Jessica with President Biden.

Every week brings new heartache and distress at the hands of this dreadful disease and that is why we won’t stop our campaigning work to make a difference for those diagnosed with a brain tumour and why your support could not be more needed and could not be more appreciated.