The Petition’s Committee and a paediatric funding announcement 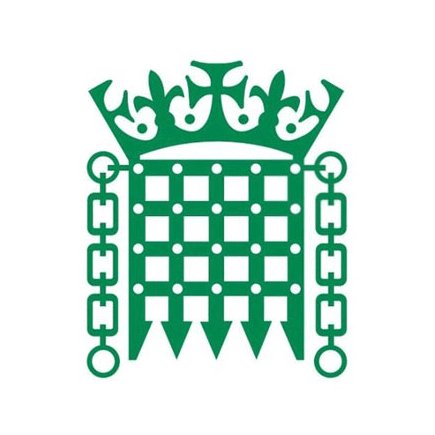 Yesterday (Thursday) saw the oral evidence session for the House of Commons Petitions Committee evidence session on brain tumour and childhood cancer research. I hope some of you got the opportunity to view it. A recording is here and the unedited version of the written transcript will be sent to the witnesses for their approval, prior to being posted on the Petitions Committee website.

We think the Committee under the Chair Catherine McKinnell MP, ably supported by Tonia Antoniazzi MP and Elliot Colburn MP did an excellent job (Elliot has just joined the officers of the APPG on Brain Tumours).

Our activist Peter Realf and campaigner Fiona Govan made their points with passion and eloquence. Sue, our Chief Exec, bought her commitment and positivity to the meeting, of course, and scientific representatives talked of the current opportunities and brought their experience and intelligence. The scientific contributions were vital as they illustrated what could be done and what the ambition should be but underpinning that was, and will remain, sufficient funding.

It was for their views on research funding that representatives of the National Institute for Health Research (NIHR) and the Health Minister Lord Bethell were brought under the committee’s scrutiny.

We would never level personal criticism at the people involved as we believe they want to improve the current situation for brain tumour research and by extension patients as much as anyone else, however we found their responses disappointing to say the least.

They didn’t demonstrate a will to get the £40 million spent – if anything they were at pains to explain the gap between the £8.8 million allocated so far and the £40 million as due to their spend on infrastructure which they couldn’t hand on heart divide between brain tumours and any other cancer or disease area. Indeed, they even intimated that charities should be grateful for this spend and support as, without it, we wouldn’t be able to carry out our research anyway. Surely there should be a recognition that, with the support of the general public, charities fund research to plug the gaps that the Government aren’t funding!

We need joined up thinking and a will to find a cure for brain tumours right at the heart of Government.

If the system is set the same way that is has always been then the system will deliver what it has always done for brain tumour patients and that is not acceptable.

We now look forward to the meeting that Derek Thomas MP, Chair of the All-Party Parliamentary Group on Brain Tumours, should be able to have with the Prime Minister and rely on the words that Boris Johnson stated at PMQs on 12th May: “…brain cancer is an area that is too often neglected in our system, and may fall through the cracks…” Let’s hope he intends to plug these gaps.

Thursday’s meeting is part of our longstanding use of petitions and their subsequent fallout to push the cause of Brain Tumour Research.

Our use of petitions goes back to our first e-petition in 2012 which was fronted by our then patron, the much-missed Bill Tarmy. Bill, who played Jack Duckworth in Coronation Street became a supporter of Brain Tumour Research following his son Carl’s diagnosis ( Carl died in 2019 and you can read his story here). Bill, Carl and the whole family gave us so much in terms of both raising funds and awareness raising.

We will be forever grateful to them.

Following Bill’s e-petition two years later we had the support of TV property expert Sarah Beeny who was the name on the e-petition, (some of you will have met Sarah at our virtual get together in March). There is more about Sarah’s support here.

Then in 2016 the Stephen Realf e-petition gained 120,129 signatures and set in motion the subsequent Westminster Hall debate which in turn led to the DHSC Task and Finish Working group and the resultant report that, alongside the momentum following Dame Tessa Jowell’s very public speeches surrounding her GBM diagnosis and her death, led to the NIHR £40 million funding allocation announcement in 2018.

Two years later in the summer of 2020 we launched a petition on our website which united 112,260 brain tumour campaigners, and from that came the report which will be delivered to the PM, Boris Johnson when the date can be agreed.

So, yesterday’s recap on progress was timely and next year will see a decade on since Bill’s e-petition.

Five years on from Stephen’s e-petition his father Peter said yesterday, and this is such a crucial point, that in terms of research actually funded he doesn’t believe we have significantly moved forward in the past five years and that brain tumour patients just don’t have the luxury of time.

All the elements to improve the brain tumour research landscape are here but there is a disconnect between these elements. What is needed is a disruptive element to help with the pathway to a new way – the old way hasn’t worked. We have found ourselves in a position where we are in agreement with current Government messaging such as a ‘Levelling Up’ agenda and ‘Build Back Better’. Yes, indeed, and for us we want to do this for this for brain tumour patients.

Bill Tarmey would have found Thursday’s meeting incredible (his grandson was tweeting about yesterday), so we aren’t downhearted we are full of energy and positivity. We’d like to think Bill would be proud.

At Brain Tumour Research we welcome this news with the proviso that this amounts to only a small step on the journey towards the adequate funding for medical research, including site specific research into areas such as brain tumours, that is so desperately needed.

The continuing strength of the charity funded medical research sector remains under threat.

Brain tumours pre-date the pandemic and will exist in out post vaccinated world. The need for appropriate research funding to bring us closer to clinical innovations, and an improvement to patient options and outcomes, is a constant one.

Research gives hope and that hopes funds research but, as we have always been clear, charities need Governmental support too.

So, we are grateful that even a limited sum has been found to support some charity funded early career researchers and await the detail about how the funds will be made available.

However, the spotlight of our Levelling Up report remains shining a light on the £105 million levelling up and ongoing £35 million a year investment in brain tumour research needed over the term of the current Parliament and today’s announcement must be viewed in the context of that.

Let’s end on a really positive note because last week  Brain Tumour Research announced a major funding boost for childhood tumours. An investment of £144,000 is being made to increase the team at our Centre of Excellence at Queen Mary University London (QMUL) where Professor Silvia Marino and her research group are studying the epigenetics of medulloblastoma. The research will also impact on other childhood brain tumours, including ependymoma.

The funding has been possible largely thanks to a generous donation from our Member Charity, The Children’s Brain Tumour Foundation. The charity was set up by Cheryl and Paul Davis with other parents, doctors and researchers to raise awareness and fund research into childhood brain tumours, following the diagnosis of their son Miles, aged five. Miles is now 16 and studying his GCSEs at secondary school.

The money continues to come to Brain Tumour Research from campaigners and fundraisers, it comes from the British public, and we fund the discovery science that will deliver the innovations we need in our area, but we need the British Government to work with us in a joined up, thought through manner because the outcome we need can only be delivered through us working together.

Our Work in Parliament
Our Member Charities