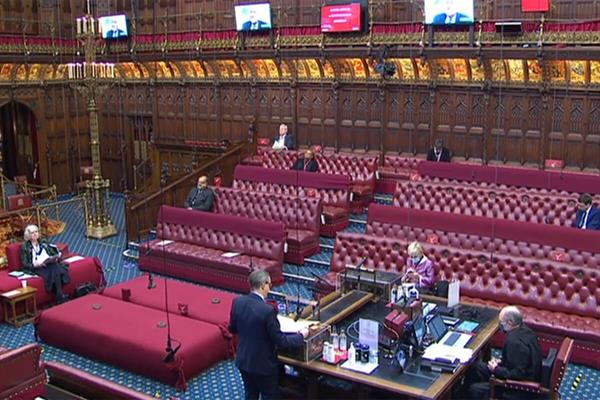 Hopefully you’ll all be aware of the Lords mini debate that took place this week following Lord Hunt’s research funding question ( click to read about or watch proceedings). The key takeaway from the ministerial response by Lord Bethell was that £9.3 million of the £40 million made available by the NIHR  for brain tumour research in 2018 has, up to November 2020, been allocated. This is quite an increase from the £5.7 million quoted at the July meeting of the APPG on Brain Tumours. Two words spring to mind – “Great” and “Where?” We’d love to know all about the research this money is funding – we will ask that question.

Here are Sue’s (our Chief Exec’s) thoughts on Tuesday’s events;

“Today represents another milestone in our quest to increase the national investment in brain tumour research to £35 million a year.

“Peer after peer raised the issue of underfunding and the need for more research. Lord Bethell shared the latest figures that more than £9 million of £40 million promised has now been allocated, after three years this, at best, means just 25% of monies put aside for vital brain tumour research has been allocated.

“We look forward to leading the work as part of the Tessa Jowell Brain Cancer Mission to facilitate better, and more successful access to the National Institute for Health Research (NIHR) funding for those who hold the keys to unlock the uniquely complex puzzle brain tumours pose. We are also encouraged that today Lord Bethell confirmed that the money remaining unallocated from the £40 million ‘isn’t going anywhere’ and indeed will be ‘allocated as soon as possible’.

“Today has been another key day in the journey we are taking together, but we cannot slow down because brain tumour patients do not have the luxury of time. We need more questions, more political engagement, more pressure on those who can release the money that will give us the parity of research funding so desperately needed.

“I am particularly encouraged that the ‘powers that be’ are now recognising that we also need a significant increase in the national investment in discovery science by UK Governments, larger cancer charities and dedicated brain tumour charities such as ours and that will be our focus in 2021.

“We are proud to have been a significant influencer in today’s debate, but it is the next step that is now our priority.

You may ask what good did that do, to which I would counter that 1) I would rather they did that than didn’t and 2) the impact might not be known for weeks, months even years but you never know who might read those tweets and have found out about us for the first time and they might one day become involved in the brain tumour world and recall the blog they had seen from Brain Tumour Research that had been tweeted out by the Health Minister.

We are in this for the long game.

Also tweeted this week, this time by Lord Hunt, was a link to his blog that we helped with, that was posted on the Labour Lords website – click to read Philip (Lord) Hunt on the need to urgently improve the process for funding research into brain tumours

Finally, for those of you on Twitter you might like to see Sue’s video clip made to support the current AMRC campaign I mentioned last week. It’s here; twitter.com/braintumourrsch/

It’s not all about social media though and on broadcast media I have been on regional BBC and ITV this week talking about another family devastated by a brain tumour.

Yesterday (Thursday) Shay Patel should have been celebrating his 14th birthday with his mum, dad, brother and sister but Shay Patel died last September from glioblastoma multiforme (GBM). Shay’s mum Niki said “One of the hardest parts of Shay’s journey, was that we knew from the outset that we would lose him. Whilst we had hope of a miracle, there is no cure for such a tumour and there have been no breakthroughs in treatment for over 30 years. The only way that this will change is by increasing funding for research. That’s why I am appealing to everyone to sign the petition calling on the Government to increase the investment into brain tumour research to £35 million per year.”

I am humbled that, determined to ensure her son didn’t die in vain, Niki is campaigning alongside us. We need no more motivation than that to make all of us at Brain Tumour Research, in our various roles, work together to be the very best we can be.

As well as ‘old’ media and ‘new’ media there is of course networking, otherwise known as talking to people.  Its funny how many coincidences there are and the more people you know at Westminster the more likely these coincidences are to happen.

For example, we met with Tonia Antoniazzi MP this week in her role as Chair of the APPG on Cancer – this is comprised of nine other APPGs including our APPGBT. Tonia is also on the Petitions Committee – remember the Petitions Committee 2016 report into brain tumour research – and it was Tonia who moved the December Westminster Hall debate on childhood cancer that focused on DIPG where we supported the contributions of many MPs. So even though I produced another short briefing document ahead of our meeting with her, because of these coincidences she was already aware of our campaigning work, and she was very complimentary about it too. She is a great person to have the sympathetic ear of and our meeting with her was very positive

One question in The House of Lords, one tweet from a Health Minister, a piece on TV, a meeting with an MP they can all make a difference whether as milestones or being drip, drip, drips of information, they all count toward the bigger picture and our vision is to find a cure for brain tumours.

RIP Shay, we will do what we can in whatever way we can to make a difference because it is the least we can do in your memory.