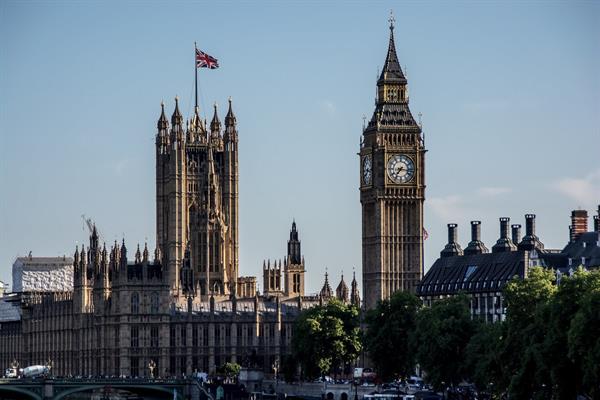 We are very lucky to have Derek Thomas as the Chair of the APPG on Brain Tumours (APPGBT), he brings a huge amount of commitment and ambition to the role and our campaigning week began with meeting him to explore next steps in trying to accelerate new treatments for children diagnosed with DIPG.

If it weren’t for this brain tumour variant then Brain Tumour Research would not exist. Our founder and Chief Exec, Sue, came into this world through the loss of her niece, Alison Phelan in 2001. The recent Westminster Hall debate and the tragedy of recent losses only illustrate that in the past generation we have not moved the dial and influenced the prognosis of those diagnosed with this monster. Contrast this with what has happened for many of those diagnosed with breast cancer and leukaemia and you will see why the #braintumourpetition calls for parity of research funding.

But where there is a glimmer of light, we must push that door, we must identify and eliminate barriers to progress and we trust in Derek, with the incisiveness of his political thought, to be the staunchest of allies as we push forward. Monday’s meeting was exciting because it wasn’t expressions of concerns and empathy, we already know that we all want to improve on the current desolation this disease brings, but because it explored real ideas, real techniques and real hope.

Derek and Sue had a busy Monday morning as next up was a meeting with Lord Bethell, Parliamentary Under-Secretary (Department of Health and Social Care), that had been set up by Lord O’Shaughnessy, a great friend of the brain tumour community. Attended by other brain tumour stakeholders this meeting discussed accessing the NIHR £40 million, the development of workshops to support rejected applicants for research funding allocation, increasing the numbers of trained Neuro-Oncologists, the roll out of Tessa Jowell Brain Cancer Mission Centres of Excellence and the involvement of UK Research and Innovation (UKRI) in early stage research funding.

Plenty to think about indeed, and because there is a brain tumour research funding question in The House of Lords next week, we incorporated the funding points raised at the meeting into a briefing document we produced later in the week. Here is a section of what has been emailed to Peers wishing to engage with this ‘mini debate;’

“On Tuesday 12th January Lords Bethell, O’Shaughnessy and Polak, Derek Thomas MP, the Chair of the APPG on Brain Tumours, plus representatives from charities and from the scientific and clinical worlds met.

What emerged was a common purpose to get the remaining £34 million of 2018 NIHR money allocated.

However scientific research is a lengthy and expensive endeavour.

As well as the Governmental support offered by the NIHR, the UK government can also support discovery science through UK Research and Innovation (UKRI) and the Medical Research Council (MRC).

However, only 14% of UK spend on brain tumour research is from the government. The remaining 86% is from the charity sector.

Without new discoveries, the outlook for patients with brain tumours is very bleak. Whilst high risk, where successful, discovery science can lead to significant progress, new ways of thinking and new treatment strategies. It is this investment in discovery science that can, in time, deliver huge improvements in patient survival.

Somewhere between the NIHR, UKRI and the MRC lies a funding solution for brain tumour research but responsibility must not be shuffled and passed on between these departments because if it is, we will continue to fail those diagnosed with this most devastating of diseases.”

As mentioned above this briefing document was produced because on Tuesday, Lord Hunt of Kings Heath will ask Her Majesty’s Government what steps they are taking to encourage research into (1) the causes, and (2) the treatment, of brain tumours.

The question will be answered by Lord Bethell who was last asked a brain tumour question in the Lords in November. He certainly can’t plead ignorance of our cause, and he is genuinely supportive. The challenge as always is to translate warm words into positive actions.

We are very grateful to Lord Hunt for engaging with us and this has all been set in motion by an activist contacting him with their story. It is so powerful when we work together. When your stories and your outrage dovetail with our policy agenda and experience we can construct compelling arguments to take to Parliamentarians.

You will be able to watch Tuesday’s proceedings live on this link – parliamentlive.tv/Event - please do, and please do feedback your thoughts. Proceedings start at 12:00 and I’d advise joining by 12:30.

In other news this week, The Association of Medical Research Charities (AMRC), of which Brain Tumour Research is a proud member, is urgently calling for the Government to commit funding to help protect the future of charity research through the pandemic and as we recover.

To send a ready-drafted email to the Prime Minister today, click here.

Finally, Sue and Derek (who have both earned a bit of a break this weekend) joined other Chairs and Secretariats of All Party Parliamentary Groups on Cancer as the APPGC met with Jo Churchill, like Lord Bethell a Parliamentary Under Secretary of State at the Department of Health and Social Care, on Thursday. On the agenda was putting in place urgent and immediate mitigations to address the current disruption to cancer services and the need for renewal and revision of the NHS Cancer Service Recovery Plan.

So, a busy week for politicians and a busy week for those, like us, who lobby politicians. In the same way as MPs are motivated, empowered and energised by their constituents, we, at Brain Tumour Research, are driven by you, we feed off your energy, we feel your anger and frustration, we empathise with your situations because your story is our story.