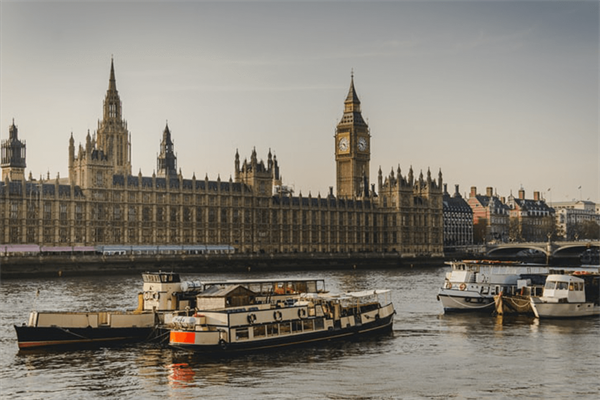 On Monday at 4.30 pm there will be a Westminster Hall debate about e-petition 300027 that will be Chaired by Tonia Antoniazzi MP. This e-petition, which received 109,176 signatures, was supported by Brain Tumour Research and called for funding for research for childhood cancers with the worst survival rates. It asked for clarity about how much has been given for research into childhood cancers and DIPG specifically.

Behind the words lies the story of the petitioner Fiona Govan, and her grandson Logan Maclean and you can read that story here.

Ahead of what will be an emotional afternoon, we spoke to Fiona who told us;

“I welcome this opportunity to call on the Government to step up and save our children’s lives.

Whilst childhood survival in some types of cancer is improving others, such as DIPG, have been left behind.

Only the Government is in a position to adequately take into account different variables such as years of life lost and the commercial imperatives of Pharmaceutical companies, and not just incidence when making research funding decisions. It is only Governments that can do this and although we have brought 109,176 people to this debate but we can only go so far. Our question of the Government is only you can make the difference – will you?”

Brain Tumour Research is proud to be a member of Cancer 52. Cancer 52 have launched a survey to understand how the second wave of the coronavirus pandemic is impacting people with rare and less common cancers.

We spoke to Jane Lyons, Chief Executive of Cancer 52, about the survey and she told us;

“We have developed the patient survey to cover changes to treatment and care, whether people have needed to be tested or isolate before treatment, the impact of the pandemic on different aspects of their lives, and the latest advice to different vulnerable groups.

This is the second survey we have run since the onset of coronavirus. The first was in the summer of 2020 and we used the results in discussion with the NHS and the Government to push for the best possible care and treatment for people with rare and less common cancers in all circumstances, and will do the same again with this second survey.

Thank you to everyone from the brain tumour community who has supported our surveys or will do, it is only through patient and family feedback that we can build up a complete picture of the epidemic’s impact on our community and feed that back to the policymakers, who can then factor that into future plans and strategies”

Please follow this link to the survey which closes on Wednesday 16th December 2020.

Tuesday 1 December, was the final Scottish Cancer Coalition meeting of 2020. This year has seen the coalition step up its operation and work in response to the effects of the coronavirus on Scotland’s cancer community. With a clear and permanent channel into the Scottish Government’s Cancer Policy Team, the coalition has been able to input meaningfully into the National Cancer Recover Group (NCRG). The includes NCRG sub-groups such as the Cancer Trials Resilience Sub Group where Brain Tumour Research acts as the Coalition’s representative alongside Myeloma UK.

One of the key discussion points from the Cancer Trials Sub Group, with the terms of reference agreed upon and stakeholders identified, is that this is an opportunity to not just recover clinical trials in Scotland, and not just to build in resilience for the future, but to highlight the importance of clinical trials for health boards, clinicians and patients going forward.

It has been such a busy time that so that I posted a midweek campaigning update on our Latest News page with links to items about:

Here’s a catch up on recent events at Westminster;

The value of charity-funded medical research was debated in the House of Commons on 24 November and you can read what happened here hansard.parliament.uk

On 18th November Jim Shannon MP asked a written question of the Department of Health and Social Care;

To ask the Secretary of State for Health and Social Care, if his Department will take steps to (a) increase the Government funding available and (b) lower the threshold for approval for funding allocated through the National Institute for Health Research for brain tumour research projects?

The answer came to Edward Argar MP on 25th November;

In May 2018 the Government announced £40 million over the five years for brain tumour research as part of the Tessa Jowell Brain Cancer Mission through the Department’s National Institute for Health Research (NIHR).

Similar to other Government research funders, the NIHR only funds high-quality research. This maximises the likelihood of positive patient impact and gives the highest chance of success. Without this, there would be not only a risk to patient safety but also a risk of wasted investment.

Applications to the NIHR are subject to peer review and judged in open competition, with awards being made on the basis of the importance of the topic to patients and health and care services, scientific quality, and value for money.

Also, on 25 November there came a response to Lord Hunt of Kings Heath’s question;

To ask Her Majesty's Government what steps they are taking to encourage an increase in research into brain tumours?

It was from Lord Bethell, who wrote to reply

In 2018 the Government announced £40 million over five years for brain tumour research as part of the Tessa Jowell Brain Cancer Mission through the National Institute for Health Research (NIHR).

The NIHR is taking action to help researchers develop high-quality research proposals in this scientifically challenging area. To encourage such proposals, we released a public announcement to the research community in April 2018, which makes clear our desire to receive brain tumour research funding applications. This led to an immediate increase in proposals, which continues to be assessed by relevant review panels of scientific experts. We are relying on researchers to submit research proposals in this difficult area of research

It is indeed a difficult area of research, and I have heard researchers, when asked about lack of progress in our area, mention, alongside historic underfunding, the fact that this research is really hard!

I am sure it is and that is why must get together to do so much more.

In a week when we are celebrating the scientist, let’s keep the applause going and reaching into other areas. Look what we can achieve with resource and just speeding processes up – I know brain tumours aren’t a pandemic but as we have shown the economic and social impact of brain tumours give them a unique argument for improved funding for the discovery science that will kick start the route to improved options and outcomes.

As campaigners, we always try to look forward, and look forward with optimism, but a brief look back at what we have done in terms of campaigning in the past decade shows the impact we have made and the changes we have influenced.

Remember our campaigning activities should take much of the credit for the £40 million funding provision being announced in 2018, and we are at the forefront of getting more of that money allocated to where it was intended as we enter 2021.

Pint-sized chanteuse Lyra Cole, 7, wants a 'dream come true' charity Christmas number one. Lyra who had a brain tumour "the size of an orange" successfully removed when she was a baby, is hoping for a Christmas number one to raise money for Brain Tumour Research. Today she has released a cover of Shakin' Stevens' Merry Christmas Everyone This is after beating Stormzy in the official download charts with another festive single, When A Child is Born, in 2019.

Now there’s a good thing to do this weekend; download, listen, feel Christmassy and all the while support Brain Tumour Research.