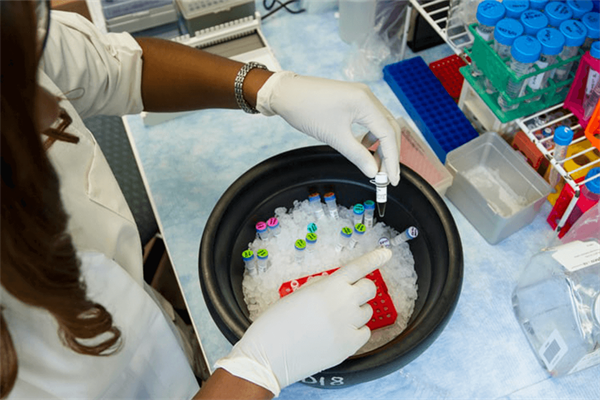 Following on from her presentation at last week’s All-Party Parliamentary Group on Brain Tumours (APPGBT), Consultant Neuropathologist, Associate Professor in Brain Tumour Research, University of Bristol, Dr Kathreena Kurian‘s blog looks at some possible reasons why only £6 million of the NIHR’s £40 million has been identified as allocated to brain tumour research and proposes some solutions.

Science is not about certainties, and that is what makes it such an exciting world, and one I am privileged to have spent my working life in. However, one certainty is that, when it comes to medical research, more money equals better patient outcomes. The evidence is clear, better funding for breast cancer research and research into leukaemia has delivered improved patient options and ultimately the prognosis for those diagnosed with these diseases has dramatically improved in a generation.

Frustratingly, and I write as someone who has had funding applications accepted and rejected, and as someone who has sat on grant funding panels, the arduous pathway of money reaching the scientists undertaking the research for which the money is intended, isn’t always smooth and efficient.

In 2018 the Government, through the National Institute for Health Research (NIHR), pledged £40 million for brain tumour research following the Department of Health and Social Care report into funding and the untimely death of Dame Tessa Jowell. It was an exciting time for those of us who had struggled to financially underpin our work for years, the public was engaged, there was media coverage, but there was a nagging doubt that if the money didn’t get to the new brain tumour researchers it was intended to attract, it could counter-intuitively have a negative effect on our field.

When a lot of money is pledged nothing will change if you don’t get the money to researchers. I would argue that in an area where funding has been historically poor if we approached funding allocation in the way we always have done then the status quo will not be challenged. If you do what you have always done, you get what you have always got.

Yes, talented young scientists seeing hope and sustainability deviated toward our field, as did chemists, cell death experts and the like, all coming toward the bright light of brain tumour research. We had funding, but if that funding doesn’t get to where it should our new talented researchers will follow other lights and go to where the money can be more readily accessed. Then a massive opportunity will be lost and tragically it will be the reputation of brain tumour research that will suffer and by extension, the hope of brain tumour patients and their families will be dashed. This isn’t to criticise, but it’s just a statement of a commercial reality.

What is more, those charities that are working hard to raise money specifically for brain tumour research are impacted, as the general public see high levels of funding and then challenge the need for them to financially support these charities as they are now perceived to be well funded. If money potentially allocated is not effectively allocated the impact of bold and optimistic words could actually be detrimental to a charity’s financial wellbeing.

I attended the July APPG on brain tumours and it was there that Mike Batley, who is accountable for the NIHR research Programmes at DHSC, shared that only £6 million of the promised Government money has been directly identified as allocated to brain tumour research.

This has not been due to a paucity of research applications. On the contrary, applications for funding in 2018/19 were 27 (an increase from 10 in the previous year), however of these 27, only 4 submissions were successful. The picture in 2019/20 has been similar once again with 27 applications and only 3 being successful to date.

I have since met with Chair of the APPGBT Derek Thomas and Sue Farrington Smith MBE, Chief Executive of Brain Tumour Research, to look at how to ensure we have more effective brain tumour research funding submissions to the NIHR. This would lead to a greater success rate for these submissions and therefore more money becoming allocated to the purpose for which it was intended.

I believe there to be three problem areas that have led to only £6 million being allocated, solutions for which could be relatively easily implemented;

Far from being reticent to part with funding the NIHR certainly desire more research into brain tumours to be funded. The number of applications suggests the talent and ambition is there in the UK scientific community to meet that desire of the NIHR. My contention is that the three solutions proposed above would go a long way to bridging the current disconnect between funder and those wanting funding, thus offering a pathway to the improved options and outcomes that are so desperately needed for the brain tumour patient cohort. We urgently need to speed up and simplify the research funding process so that our brain tumour researchers receive the funding that was intended for them.

Our brain tumour patients do not have the luxury of time. We really need to do better.