A response to Hilary Benn MP, Twitter support, collaboration and coalescence – our week in campaigning 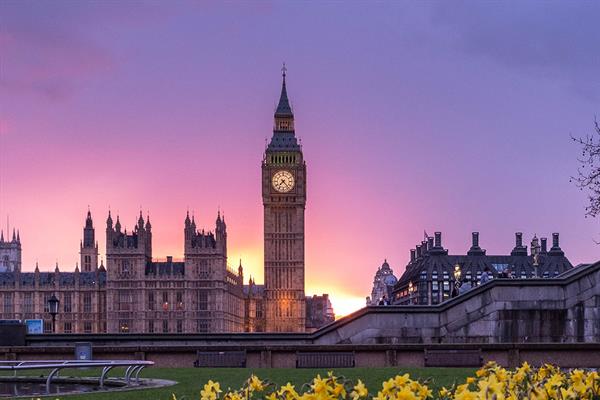 You may remember that earlier in the summer one of our dogged campaigners asked his MP, Hilary Benn, to submit a funding question to the Department of Health and Social Care (DHSC) - well the DHSC have responded – you can see the exchange here and it is fully reproduced below;

To ask the Secretary of State for Health and Social Care, for what reason only £6 million of the £40 million in funding allocated for brain tumour research has been allocated to such research to date; and if he will make a statement.

The £40 million announced for brain tumour research in May 2018 was for a period of five years. To date £6 million has been committed to brain tumour research through National Institute for Health Research (NIHR) programmes and the NIHR Academy. This does not include full NIHR spend which also includes spending made through NIHR infrastructure. Infrastructure spend can only be identified on an annual basis after the end of the financial year. We have relaxed the deadlines for NIHR infrastructure reporting this year to enable the health and social care system to respond to the COVID-19 emergency.

My reaction to this is twofold – firstly this is not an end to the matter but the beginning of the conversation, and we have plenty to go back to DHSC about including requesting more  information on where the £6 million allocated has gone, or is destined, plus a better understanding of the impact of infrastructure spend. Secondly it was the APPG on brain tumours’ (APPGBT) virtual meeting in July where the figure of the £6 million allocated was  teased out of the National Institute for Health Research (NIHR) – actually I say teased out, it wasn’t quite like that, I just asked them the question; “How much of the £40 million has been allocated in the past two years?

This £6 million figure was then quoted in Mr Benn’s question and importantly acknowledged in the answer. So the work of the APPG has bought this number out (if you’d like some background information on the genesis of this potential  £40 million allocation please visit How did we get here? ) and exposed that access to the remainder of the money is an issue. So, what can we do about that? Plenty – and this week we held a meeting with closely involved stakeholders to look at how we can increase the number of successful applications for financial funding support and how the whole process could be improved – watch this space!

Twitter is a really useful campaigning tool and an easy way for all of us to support our colleagues and collaborators. Last week we were tweeting our support for the Association of Medical Research Charities (AMRC) and their agenda of keeping the public pressure on Government to protect charity research by targeting the Department of Business, Energy and the Industrial Strategy (BEIS). This week (and going forward in Childhood Cancer Awareness Month) we will be using Twitter to support the Children’s Cancer Priority Setting Partnership (PSP) in partnership with the James Lind Alliance (JLA) as they launch a new survey aiming to shape the future research priorities for childhood cancer.

Young patients, parents, carers and family members, as well as professionals, are invited to complete the PSP survey - which closes on December 31, 2020 - to find out the top 10 unanswered research questions about childhood cancer. You can access the survey here.

Continuing the paediatric theme, we were happy to be co-signatories this week to a letter from the Children and Young People’s Cancer Charities Coalition (CYPCC) to Professor Peter Johnson, National Clinical Director for Cancer. The letter followed the publication of the terms of reference for the Cancer Recovery Taskforce, and whilst the CYPCC offered support for this important initiative, concern was raised about the lack of representation of children and young people with cancer on the taskforce.

This week there was a Lord’s debate on the Science Research Funding in Universities and we will bring you news from that debate in next week’s blog.