How long does it take for research to reach patients? 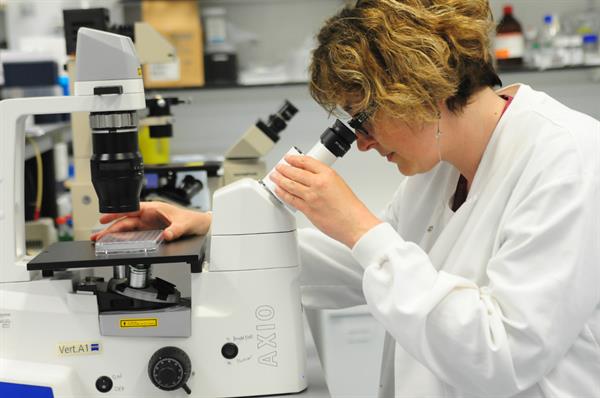 Scientific research is a lengthy and expensive endeavour. On average, it can take 17 years for a scientific discovery to reach the clinic. And that’s just for discoveries that lead to a successful new product. Many other discoveries, whilst yielding valuable information, do not progress to this stage. On average, it costs over £1 billion to bring a new drug to market.

New research discoveries progress along a pathway to assess rigorously their potential for further development into, for example, a new treatment or diagnostic. Several organisations play critical roles along this pipeline, taking new discoveries from ‘bench to bedside’.

What is Brain Tumour Research’s role in this pathway?

To boost our chances of success, we support outstanding scientists with the best ideas, working at some of the top universities in the world, such as Queen Mary University of London, Imperial College London and the University of Plymouth.

If a potential new drug is successful after clinical trial, regulatory approval is sought from the Medicines and Healthcare products Regulatory Agency (MHRA), a government agency responsible for ensuring that medicines and medical devices work and are acceptably safe. For a new drug to be available on the NHS, it has to be assessed and approved by the National Institute for Health and Care Excellence (NICE).

Why is Brain Tumour Research’s work so important?

Without new discoveries, the outlook for patients with brain tumours is very bleak. Whilst high risk, where successful, discovery science can lead to significant progress, new ways of thinking and new treatment strategies. Discovery science is very much at the heart of Brain Tumour Research’s approach – supporting its centres for the long-term to think big and take risks. It is this investment in discovery science that can, in time, deliver huge improvements in patient survival.