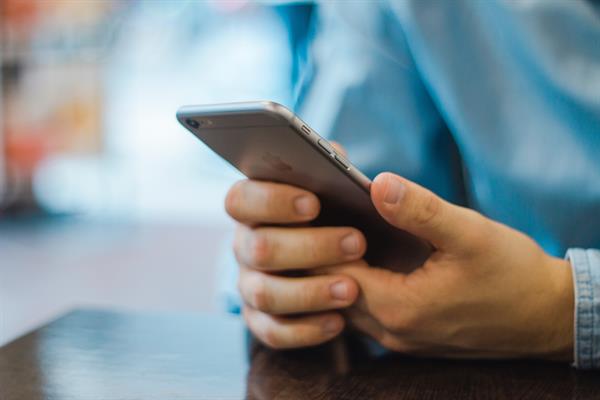 You have probably begun to hear about ‘5G’, the newest form of mobile phone network. At Brain Tumour Research we know that mobile phones and brain tumours are a topic of interest to many in our community. Therefore, we asked Mobile UK (the trade association for the UK’s mobile network operators – EE, O2, Three and Vodafone) some questions about 5G, particularly issues around its safety.

We are grateful to Mobile UK for taking the time to answer the below questions (Mobile UK’s answers are in italics).

5G will mean increased download speeds on mobiles phones etc, but, on a technical level, how does it differ from 4G?

5G is short for ‘fifth-generation mobile networks.’ It is a real game-changer technology that will provide the underlying wireless infrastructure to support a host of new applications such as connected cars, virtual and augmented reality and the foundations for emerging smart city and Internet of Things (IoT) technologies.

Some of the features of 5G include:

Faster download speeds: 5G will provide much faster speeds than are achievable with today’s 4G networks. 5G is expected to provide speeds between 1GBps and 10GBps. This would mean a full HD movie could be downloaded in 10 seconds as opposed to 10 minutes today.

Lower Latency: 5G will also have significantly lower latency meaning very little lag (or buffering), with reaction times faster than the human brain. This will enable applications that simply aren’t possible today, such as multiplayer mobile gaming, factory automation, and other tasks that demand quick responses.

Greater Capacity: 5G will also have vastly greater capacity so that networks can better cope with not only the rapidly increasing data demands of customers today but the growth of high-demand applications being planned in the future.

What research has been done to prove the safety of humans being exposed to a 5G network?

The radio signal exposure characteristics of 5G are similar to those of existing mobile technologies. In particular, the new applications use similar transmitting powers and operate in similar frequency ranges. A European Commission expert committee concluded that current knowledge about how electromagnetic fields (EMF) interacts with the human body could be used to set exposure limits for the whole frequency range up to 300 GHz. Therefore, existing health risk assessments are valid independently of the wireless technology for the whole frequency range.

Public Health England also concluded that: “After reviewing the evidence, the International Commission on Non-Ionizing Radiation Protection (ICNIRP) set guidelines to avoid excessive heating of the body, and established the impact of exposure which can have detrimental effects".

The ICNIRP guidelines apply to frequencies up to 300 gigahertz and cover exposures arising from new 5G base stations as well as from older technologies. The ICNIRP guidelines have been updated (in March 2020) and cover future technologies, including specific comment to address concerns about the safety of fifth-generation mobile networks. The conclusion of the updated guidance remains that 5G technologies used with the parameters set within the guidelines will not be able to cause harm.

Mobile signals in the UK are governed by exposure guidelines, and the consensus of reviews by independent public health authorities, including Public Health England, expert groups and the World Health Organization (WHO) is that these guidelines provide protection for all people (including children) against all established health hazards.

The current UK and international guidelines cover all frequencies used for mobile telephony, including those being allocated to 5G.

Further, information on new research and details of individual studies can be found in the EMF-Portal web database maintained by the RWTH Aachen University, Germany:  https://www.emf-portal.org/en

What risks of a 5G network have been identified, and how was this research carried out?

The position of the WHO regarding health effects from mobile phones is that:

“A large number of studies have been performed over the last two decades to assess whether mobile phones pose a potential health risk. To date, no adverse health effects have been established as being caused by mobile phone use.”

In respect of long-term effects, WHO says:

Higher frequency does not mean higher exposure. Higher frequencies generally mean that a signal can travel less distance from the antenna. The increase of the available bandwidth provides for the possibility of higher data rates. Current and future deployment will use frequencies already covered by existing exposure standards.

Mobile phones are designed to automatically reduce power to the lowest possible level to make a quality connection. When used in areas of good reception, a mobile phone will operate at lower transmit power. For those who are concerned, exposure to radio signals can be reduced by limiting the use of wireless devices or increasing the distance between the device and the body.

Based on the results from current 5G test networks, it is expected that the maximum exposure levels in areas around base stations will be similar to those from existing mobile services that use similar transmitter powers. With the introduction of new technologies, there may be a small increase in the overall level because more transmitters are active. Based on the transition from previous wireless technologies, we can expect that the overall exposure levels will remain very low in relation to the international exposure guidelines.

Does 5G require more transmission masts than 4G? Will this mean more people are exposed to harm?

Wherever possible, an operator will place antennas on an existing site, potentially replacing existing antennas already on the site. Only where additional capacity and/or coverage is needed will additional sites be built.

Mobile networks today consist of a mix of macro cell sites to provide wide area coverage and small cells to improve localised coverage and increase capacity. Over the next few years, the number of small cell installations will increase. Small cells can be used to improve both coverage and capacity in the local area. As small cells are close to the users of mobile phones, it means that the phone will operate more efficiently, improving the available data rate.

Is it true that 5G signal falls within the microwave band? Will the heating caused by these microwaves be harmful?

Part of the 5G spectrum permitted under international guidelines falls within the microwave band (as in between 1GHz and 100GHz). Microwaves generate heat in objects through which they pass.

However, due to the minimum power levels and distance from base stations, which are governed by ICNIRP guidelines, the heating effects of 5G (and earlier mobile technologies) are not harmful.

Should users limit the time they hold a 5G phone up to their head? Has using headphones been shown to make a mobile phone less risky to use?

Mobile phones are designed to automatically reduce power to the lowest possible level to make a quality connection. When used in areas of good reception, a mobile phone will operate at lower transmit power. For those who are concerned, exposure to radio signals can be reduced by limiting the use of wireless devices or increasing the distance between the device and the body.

What about hands-free mobile phone systems in cars - what research has been done to assess any potential risks of the way that this technology works?

Hands-free car kits operate over Bluetooth, which are also covered by the ICNIRP guidelines. Bluetooth devices are designed to communicate over short ranges. These low power outputs will give rise to correspondingly low exposures, well below guideline levels.

We’ve all seen the media headlines that both deny and claim that mobile phones can cause brain tumours. Most research claims that there is no conclusive evidence to link mobile phone use and an increased risk of a brain tumour.

Some scientists still strongly contest this and some studies suggest there is a connection between mobile phone use, glioma and acoustic neuroma (a form of schwannoma brain tumour).

Due to the lack of clarity surrounding risk, Brain Tumour Research recommends that people follow the latest advice on mobile phone use from Public Health England. Some useful tips include:

The NHS has also created an information and advice leaflet about mobile phones and base stations.