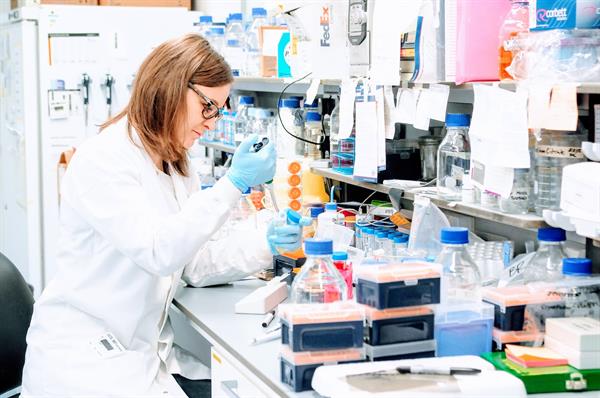 Proposals for the Government’s new immigration system, which will apply from 1st January 2021, have hit the headlines this week. As an organisation that relies on attracting research talent from overseas to the UK, Brain Tumour Research will be keeping a watchful eye on developments.

Home Secretary Priti Patel published a policy paper on the new points-based immigration system. It includes recent announcements such as the Global Talent Visa, which allows some scientists to come to the UK without a job offer, whilst also providing further detail on the allocation of points for different qualifying criteria. The new system will treat EU and non-EU citizens equally but will give top priority to those with the highest skills, including scientists, engineers and academics.

When these ideas began emerging in Autumn 2019, we wrote a blog outlining our initial thoughts. Back then, the suggested points system (separate from the Global Talent Visa) included a minimum salary threshold of £30,000. This would have risked pricing out certain types of staff that are vital to medical research, like laboratory technicians and research secretaries. We are pleased to see that the Government has listened to concerns from the research community and the Migration Advisory Committee on this issue, with the threshold being lowered to a more reasonable £25,600 (with those earning less still being able to come to the UK if they can demonstrate that they have a PhD relevant to a job sector with a skills shortage and will earn at least £20,480).

We can’t truly judge the proposals until they have finalised. However, based on what is being outlined at this stage, we believe that they will not be especially detrimental to those wishing to come to the UK to undertake research into this devastating disease. Neuro-oncology researchers, by definition, have advanced qualifications, speak fluent English and work in a sector where demand for labour exceeds supply. Therefore, the majority of those in this field should easily earn enough points under the new system to immigrate (accompanied by their dependants).

As an alternative to the points-based system, scientists and researchers may also be able to apply for the Global Talent Visa which was launched yesterday (20th February 2020). This is a renamed version of the former ‘Tier 1 Exceptional Talent’ visa, but is now administered by UK Research & Innovation and widened in scope to allow applications from more junior researchers.

Although the new immigration system looks like it will be favourable to researchers, it does seem quite limiting in terms of other professions, especially carers, who support many people with a brain tumour diagnosis. Similarly, some nursing and healthcare posts would fail to earn enough points, only being allowed entry because nursing roles are designated as a ‘shortage occupation’. Relying solely on this designation would give foreign nurses a rather tenuous immigration basis, which may discourage them from applying in the first place.

Brain Tumour Research will continue to monitor the development of the UK’s immigration system to ensure the nation can still attract leading neuro-oncology researchers, especially on matters such as researchers needing to be in the UK on a medium-term basis to collaborate with ongoing research. It is this sort of cooperation that helps piece together the jigsaw that will lead to the cure.