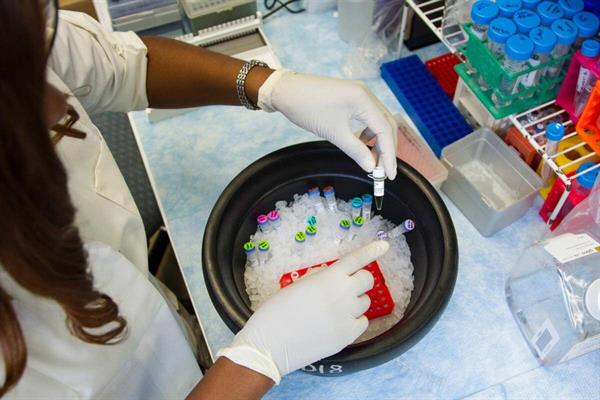 07 February 2020 by Nick Perkins
Earlier this week, on World Cancer Day (4th Feb), new data about cancer spending was released. This follows hot-on-the-heels of last week’s publication of the Health Research Analysis 2018, which looked at medical research more widely.
This week’s data was published by the National Cancer Research Institute (NCRI), of which Brain Tumour Research is a proud partner. The NCRI is a UK-wide partnership of both major cancer charities and government agencies who fund research into cancer.
The data shows that the spend on research into brain tumours was £15 million, up from £12.6 million in 2017/2018. In 2002/03, when this data was first collected, a mere £967,000 was invested into brain tumour research. Therefore, the latest figures, when accounting for inflation, represent a tenfold increase in the brain tumour research spend!
It is fantastic to see more money going towards research into brain tumours and we are proud of everyone in our community; both those who campaign to increase investment and those who donate to brain tumour charities. Fundraisers for charities such as Brain Tumour Research are absolutely vital, as charity money still makes up the vast majority of funding for research into brain tumours.
Other interesting revelations from the NCRI’s data is that spending on research into lung cancer (12% of the total research spend on cancer) is now second only to breast cancer (17% of total spend). Leukaemia and colorectal are tied for third, receiving 11% of total spend respectively.
By way of comparison, brain tumours, for the first time, now receive just over 2% of the total cancer research spend (historically this was just 1%), despite the fact they kill more children and adults under the age of 40 than any of the cancers mentioned above.
This statistic is a stark reminder that, although things are certainly moving in the right direction, there is so much more to be done as research into brain tumours is still underfunded and needs to catch up with the amounts dedicated to other cancers.
Brain Tumour Research is calling for investment in researching this devastating disease to rise to £35 million per year and we will continue to push government and larger cancer charities towards this goal.