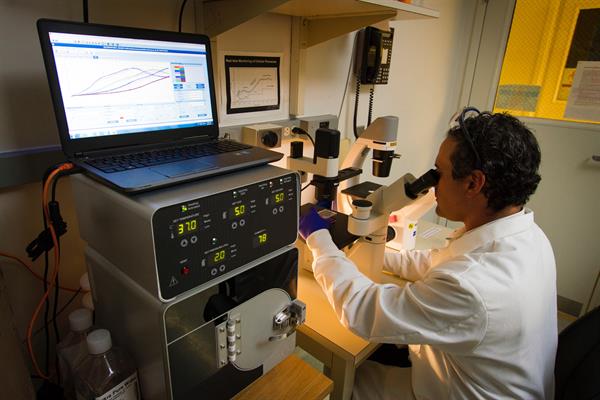 A landmark report, the UK Health Research Analysis 2018, into health research in the UK, which summarises health research funding from 146 public and charitable organisations, was released earlier this week.

This report is the fourth in the UK Health Research Analysis reporting series; a UK-wide analysis of public and charity-funded health-relevant research, which provides the most detailed view so far of UK research in this area. The report covers almost £4.8 billion of spending within the UK in 2018 (another circa £4 billion is spent on health research in the UK every year by private pharmaceutical companies).

Research into cancer accounts for £483 million. Members of the Association of Medical Research Charities spend twice as much on cancer research than non-charitable bodies (i.e. state agencies, professional bodies etc). Our 2016 funding report found that, for brain tumours, this figure was even more extreme with charities bearing 85% of the costs of funding research.

Thanks to the continuing generosity of their donors, charities are also able to fund research consistently, even in periods of uncertainty where other funding sources will falter. For example, when comparing 2018 figures with those from 2014, whilst both government agencies and private companies had cut their UK research spend by a combined £200 million (highly likely to have been as a result of the economic stagnation and uncertainty around Brexit), this was largely offset by charities increasing their research spend by £160 million. This is reassuring and matches Brain Tumour Research’s ethos of providing our Research Centres with sustainable funding, year-after-year, in order to develop capacity in the brain tumour research sector over the long-term.

Of the spend on cancer research in the UK, the report estimates that Cancer Research UK funds 45% - which is why one of Brain Tumour Research’s key manifesto aims is to influence ‘government and larger cancer charities’ to invest more nationally. We were delighted that the efforts of our community with our 2016 e-petition, in memory of Stephen Realf, resulted in a £25 million commitment into brain tumour research from Cancer Research UK.

The report also found that, when taking into account the harm caused by cancers (measured by a complex metric named ‘Disability Adjusted-Life Years’), cancer is not receiving a commensurate amount of funding.

The UK Health Research Analysis 2018 provides a detailed and wide-ranging overview of the UK’s health research sector. It reveals both that cancer needs more research funding and how charities are the cornerstone of the sector - a fact that should weigh heavily on the minds of anyone who doesn’t give to charities because they believe government can be left to fund a cure. Brain Tumour Research will, with the help of our supporters, continue to raise funds for research and lobby the Government to spend its fair share on research into brain tumours.