Medicines for the many? Reviewing the Labour Party's new policy 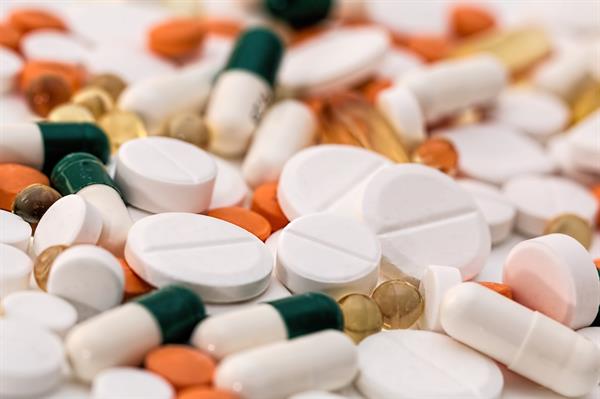 At Labour Conference in Brighton this week, Jeremy Corbyn announced a major new policy, called ‘Medicines for the Many: Public Health before Private Profit’.

The policy proposal is complex and has both immediate plans and those for the long term. Key focuses are the availability of generic medicines and the price the NHS pays pharmaceutical companies for drugs.

In the short term, Labour’s policy proposes to allow the government to mandate the sale of generic drugs at affordable prices, require drugs manufacturers to be transparent as to the true cost of their research and stop pharmaceutical companies tightening intellectual property law in their favour.

It was Labour’s suggestions for the longer term that have captured more attention in recent days. The party’s long-term plans include:

As would be expected of any major policy announcements, there has been a mixed reaction. Critics have said that infringing upon drug manufacturers' intellectual property will mean that pharmaceutical companies will have less incentive to undertake medical research, as without the guarantee of a monopoly over the sale of a drug there will be no profit. This could lead drug companies to stop researching and selling drugs in the UK, with proponents of this view citing examples of nations such as India, which, historically, didn’t guarantee intellectual property rights, meaning drug companies stayed away.

However, those in support of Labour’s plans counter that the current regulatory framework gives drug companies too much protection, allowing them to set exorbitant prices for newly developed drugs. These high costs price out patients. In his announcement, Jeremy Corbyn quoted the example of the NHS being quoted £104,000 for a cystic-fibrosis drug called Orkambi. A few years ago, a drug used to treat Hepatitis C was being sold for $1,000 per pill in the USA – with the course of treatment being one pill per day for 3 months (therefore $84,000 overall), which severely limited patient access to the medicine. Supporters of the policy also give examples from across the world of governments successfully intervening to ensure drugs can be sold at a reasonable price.

The Labour Party’s plans are detailed, stretching to over 50 pages and so it is impossible to provide a detailed critique here, especially the effects on smaller drug developers, who can have an important role in developing new medicines for less common conditions. Broadly, Brain Tumour Research is supportive of the proposals, especially the ethos of research being driven by genuine need, rather than what is most likely to generate the best economic return.

One of our key aims is to grow sustainable research into brain tumours, which is a less common condition. This devastating disease was largely ignored by the pharmaceutical industry for decades and research only really started happening when various brain tumour organisations came together to fund this research (for example, Brain Tumour Research funds Brain Tumour Research Centres of Excellence). The reason brain tumours were unresearched by the private sector was that, being a biologically complex condition with a relatively small patient population, there was an insufficient economic incentive for many pharmaceutical companies to truly focus on brain tumour research (i.e. such research would be very expensive, time-consuming and unlikely to generate a profit). Some of the new proposals by Labour could circumvent this problem and spur further research into brain tumours.

Another key tenet of Brain Tumour Research’s campaigning is accelerating patients’ access to treatments. Without serious reform to research funding there is a risk that brain tumour patients could be denied, delayed or have treatment rationed because it is too expensive, as per the cystic fibrosis or hepatitis C examples mentioned above. There are a few pharmaceutical companies researching brain tumour treatments and if they were to make a scientific breakthrough then the current regulatory framework, combined with a lack of competition, would put them in an overly strong position. This could well see them charge a high price for a new brain tumour drug, just as happened with Orkambi for cystic fibrosis. This situation would be especially galling if this hypothetical brain tumour treatment had been developed using public or charitable funds, as often happens in real life. The kind of ideas being suggested in Medicines for the Many: Public Health before Private Profit would minimise the chances of this occurring and ensure that when effective brain tumour treatments are developed, normal patients have a chance of benefitting.

Of course, these are only policy ideas and with the current tumult in UK politics, it is hard to know whether Labour will ever get a chance to enact these plans. Notwithstanding this fact, and even though not everyone will agree with Corbyn’s proposed solutions, Brain Tumour Research is glad that the announcement has given coverage to some of the fundamental structural problems that hamper the development of new treatments for less common conditions, as this is something we have been campaigning on for over a decade.