Why did I set up a fundraising group? 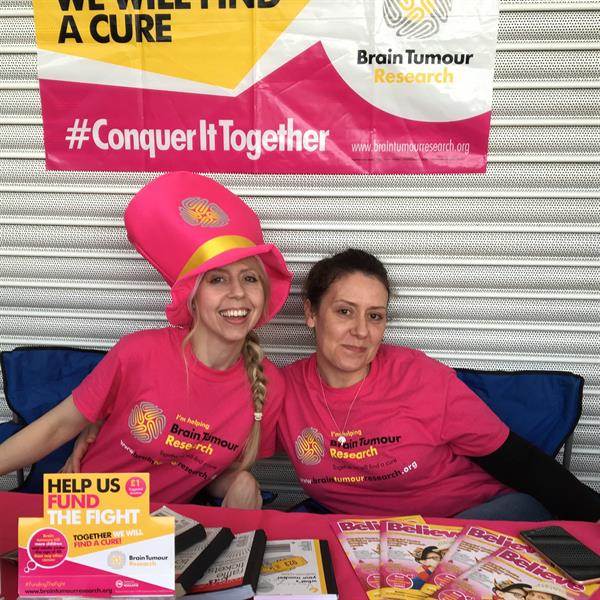 Our supporter Katie was diagnosed with a brain tumour in 2015. After many ups and downs with her diagnosis and treatment, she decided to do something about the historic underfunding of research into brain tumours and start a fundraising group.

In March 2018, my husband and I decided that we wanted to do more about the historic underfunding of brain tumours. I had just had a second craniotomy to debulk a cancerous tumour and was in the process of being referred for radiotherapy and chemotherapy. We had a nine-month-old, my prognosis had become way worse overnight – the last thing we needed was to add more stress to our already stressful situation.  Nevertheless, we were determined to do something, simply because we were outraged that so many young people were suffering at the hands of this cruel disease and not enough was being done about it. So we decided to set up our own charity.

‘Setting up a charity is easy right?’ we told ourselves: find some trustees, register your organisation, fill out a few forms and voila, you’re all set to go, right?

When you delve a little deeper and actually explore the in-and-outs of it all, creating your own charity is complex and demanding and stressful.

Which is why we didn’t set up a charity. We set up a fundraising group instead.

We were already involved with Brain Tumour Research since my original diagnosis in 2015 but the idea of starting a fundraising group had never occurred to us. However, since we had already decided that we were going to commit 2019 to raising money and awareness, it seemed like the natural next step.

So at the beginning of January, we created Brainstorm and established a plan of events that we could run throughout the year to raise as much money as possible. Being a fundraising group for Brain Tumour Research allowed us to do this, without the added stress of running our own charity, yet all of the money we raise is acknowledged and attributed to the charity.

This year we have set ourselves a very ambitious target of raising £90,000 which represent nearly 33 days of research in one of Brain Tumour Research’s dedicated labs.

When someone tells you that your life is going to be shortened significantly by an illness, many of the things that you used to think were important fade into the background and force you to look for ways in which you can give your remaining years real meaning and purpose.

Setting up a Fundraising Group to raise money and awareness is one of the things that is giving my life a purpose at the moment.  The money we raise may only play a small part in Brain Tumour Research’s quest for a cure, but every day of research we are able to fund is bringing them a step closer. In the meantime, it’s bringing us closer together as a family, it’s connecting us to lots of inspirational people and it’s providing us with experiences that we would never have had before.

If you're inspired by my story then contact the charity and get involved.

Katie pictured on the left